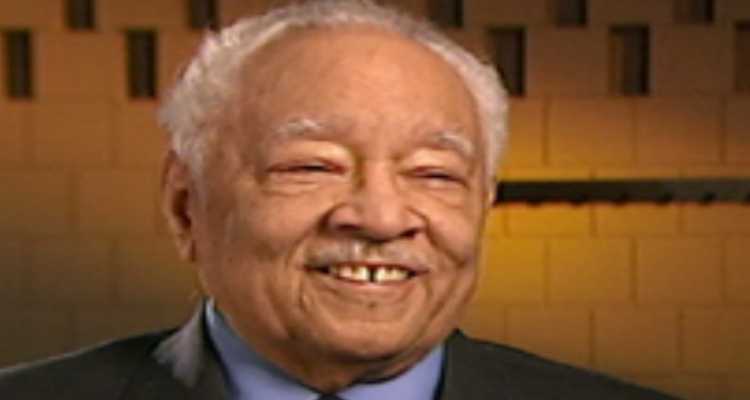 Ralph Gardner-Chavis, who was a pioneer in plastic chemistry, owns the distinction of being one of the scientists and technicians who worked on the Manhattan Project which developed the atomic bomb.

Gardner-Chavis was born Richard Alexander Gardner in Cleveland on December 3, 1922. His mother, Vivian Hicks Gardner, was a teacher and housewife, and his father, Clarence Chavous Gardner, was a musician and government worker. His mother earned a degree from the University of Illinois. In the ninth grade Gardner-Chavis developed a love for chemistry, and the desire to pursue a career in the sciences. Gardner-Chavis graduated from John Adams High School, and began college at the Case School of Applied Science in 1939 but grew disillusioned with the treatment he received there. As the only Black student in their cooperative program (designed to find work for its students), he found it demeaning to be told that the school’s efforts to find him a job in a hospital kitchen or as a busboy were fruitless. He transferred to the University of California Berkley, then back home to eventually graduate from the University of Illinois School of Chemistry in 1943.

Gardner-Chavis took a research post at the University of Chicago’s Argonne National Laboratory. For the next four-and-a-half years, Gardner-Chavisworked as part of the Manhattan Project research and development team. Gardner’s work on plutonium research would lead to the development of the atomic bomb, which ended the second World War in 1945. Working under nuclear scientist Dr. Enrico Fermi and radioactivity scientist Dr. Nathan Sugarman, Gardner-Chavis was one of a dozen or so Black scientists that offered their time to the project.

However, even after holding such a prestigious research position in World War II, Gardner-Chavis was unable to find academic or professional work after the conflict ended. From 1947 to 1949 he worked as a waiter before finding work as a research chemist and project leader at the Standard Oil Company in Ohio; working there for almost 20 years. After earning earning both a master’s degree and Ph.D. in chemistry in 1952 and 1959 respectively from Case Western Reserve, he would lead Cleveland State University’s Chemistry department from 1968 to 1985.

He later combined part-time teaching with work in the research lab of Molecular Technology Corp., a private firm where he also served as the Vice President of Research and on the board of directors. With a specialization in the development of hard plastics, Gardner-Chavis also worked in the fields of catalysis and molecular technology, topics on which he has published numerous scholarly articles.

Known throughout most of his life as Ralph Alexander Gardner, he added the “Chavis” surname late in his career in recognition of his relationship to John Chavis, in 1760 the first African American to graduate from Princeton.

Gardner-Chavis became a member of the Kappa Alpha Psi Fraternity in 1942 and the American Institute of Chemical Engineers (AIChE) in 2001.