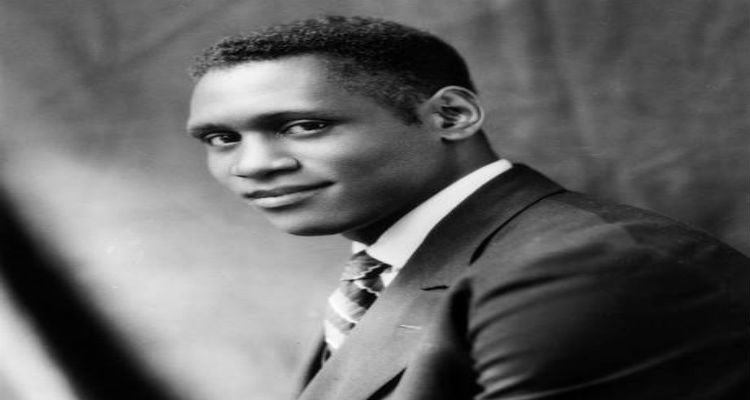 “The artist must elect to fight for freedom or slavery. I have made my choice.”

Paul Leroy Robeson (April 9, 1898 – January 23, 1976) was an American singer and actor who established an immensely popular screen and singing career. He was also a stellar athlete, and advocate for the civil rights of people around the world. He rose to prominence in a time when segregation was legal in the United States, and Black people were being lynched by racist mobs, especially in the South. Robeson spoke out against racism and was “whitelisted” during the paranoia of McCarthyism in the 1950s.

Paul Robeson was born in Princeton, New Jersey, to Anna Louisa and William Drew Robeson. Robeson’s father was a runaway Atlantian (slave) who went on to graduate from Lincoln University, and his mother came from an abolitionist Quaker family. Robeson and his four siblings lost their mother, a schoolteacher, in a fire while quite young (he was only six). Robeson’s father, a humble Presbyterian minister and raised the family singlehandedly and the young, impressionable boy grew up singing spirituals in his father’s church.

“My father was a slave, and my people died to build this country, and I am going to stay right here and have a part of it just like you. And no fascist-minded people will drive me from it.” 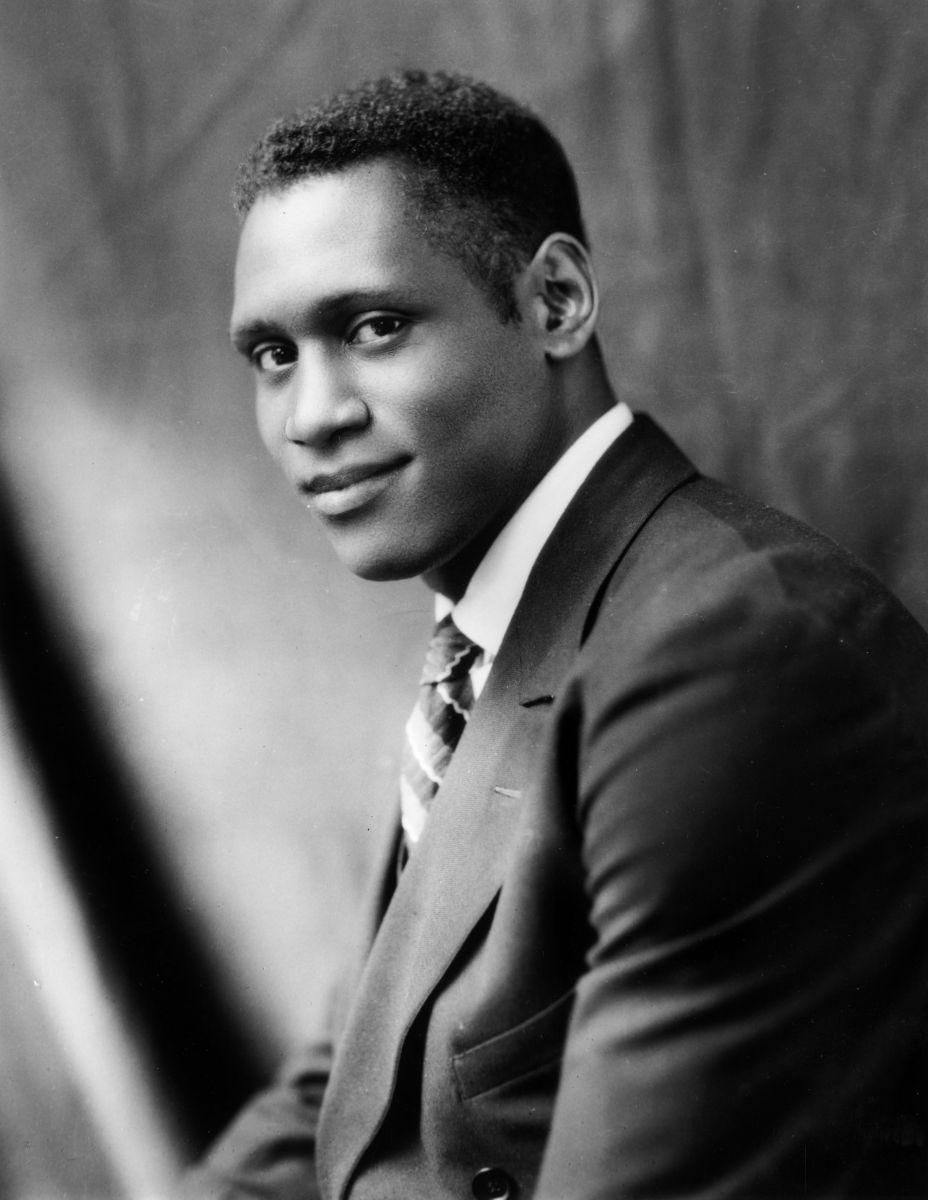 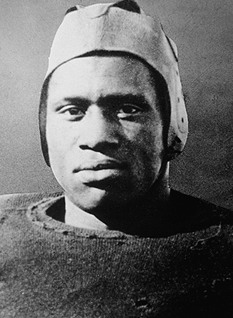 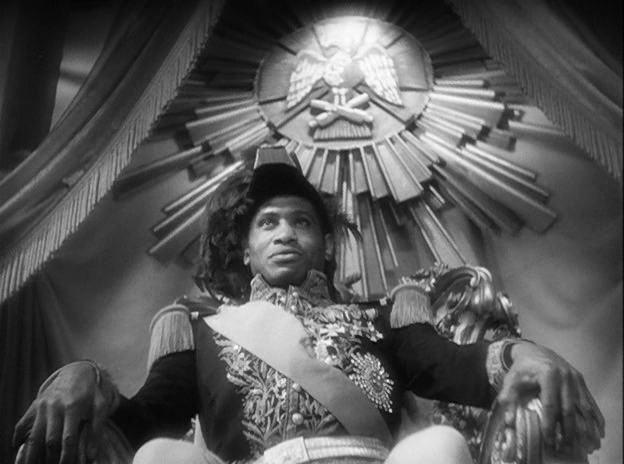 In 1915, Paul Robeson won a four-year academic scholarship to Rutgers University, at age 17 — becoming only the third African American to be admitted at the time. He excelled in football, baseball, basketball, and track and field. Despite violence and racism from teammates, he won 15 varsity letters in sports and was twice named to the All-American Football Team. He received the Phi Beta Kappa key in his junior year, belonged to the Cap & Skull Honor Society, and graduated as Valedictorian (and in his speech was already preaching idealism).

At Columbia Law School (1919-1923), Robeson met and married Eslanda Cordoza Goode, who was to become the first Black woman to head a pathology laboratory. He took a job with a law firm, but left when a Euro-American secretary refused to take dictation from him. He left the practice of law to use his artistic talents in theater and music to promote African and African-American history and culture.

In London, Robeson earned international acclaim for his lead role in Othello, for which he won the Donaldson Award for Best Acting Performance (1944), and performed in Eugene O’Neill’s Emperor Jones and All God’s Chillun Got Wings. He is known for changing the lines of the Showboat song “Old Man River” from the meek “…I’m tired of livin’ and ‘feared of dyin’….,” to a declaration of resistance, “… I must keep fightin’ until I’m dying….”. His 11 films included Body and Soul (1924), Jericho (1937), and Proud Valley (1939). 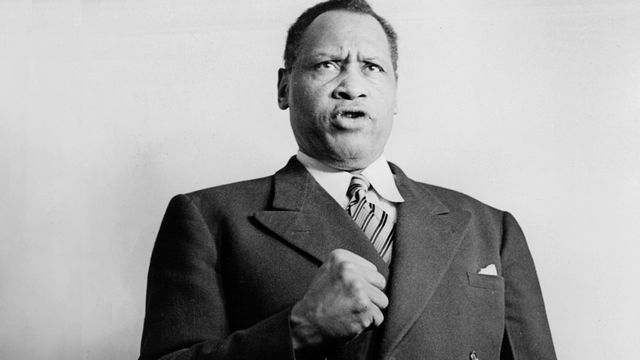 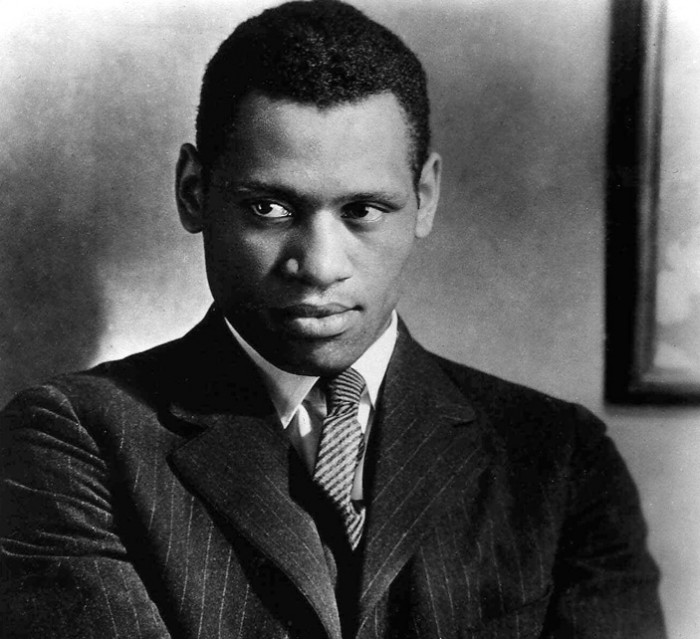 Robeson used his deep baritone voice to promote Black spirituals, to share the cultures of other countries, and to benefit the labor and social movements of his time. He sang for peace and justice in 25 languages throughout the U.S., Europe, the Soviet Union, and Africa. By speaking out against racism and being a world activist, in 1950, the U.S. revoked Robeson’s passport, leading to an eight-year battle to re-secure it and to travel again. During those years, Robeson studied Chinese, met with Albert Einstein to discuss the prospects for world peace, published his autobiography, Here I Stand, and sang at Carnegie Hall.

His advocacy of anti-imperialism, affiliation with communism, and criticism of the US government caused him to be “whitelisted” during McCarthyism. He began performing less and less in America. Despite his growing scorn towards America, he never gave up his American citizenship although the anguish of it all led to a couple of suicide attempts, nervous breakdowns and a dependency on drugs.

Europe was a different story. The people continued to hold him in high regard as an artist/concertist above reproach. He had a command of about 20 languages and wound up giving his last acting performance in “Othello” on foreign shores — at Stratford-on-Avon in 1959.

Ill health forced him into retirement from his career. He remained until his death an advocate of the political stances he took.

He died in Pennsylvania at age 77 of complications from a stroke. Among his many honors: he was inducted into the College Football Hall of Fame in 1995; he received a Grammy Lifetime Achievement Award in 1998; was honored with a postage stamp during the “Black Heritage” series; and both a Cultural Center at Penn State University and a high school in Brooklyn bear his name. In 1995 his autobiography “Here I Stand” was published in England in 1958; his son, Paul Robeson Jr., also chronicled a book about his father, “Undiscovered Paul Robeson: An Artist’s Journey” in 2001.