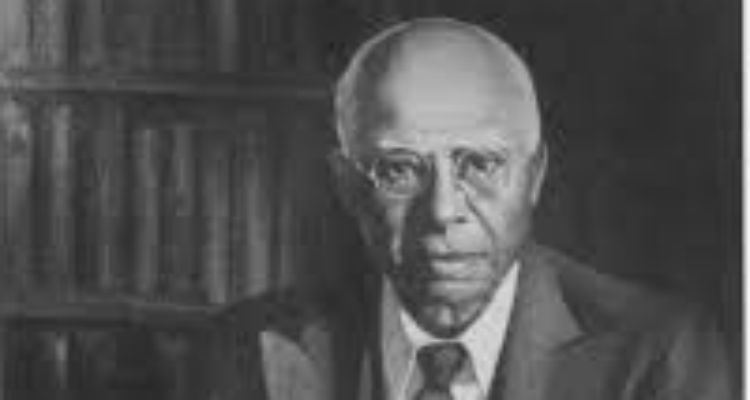 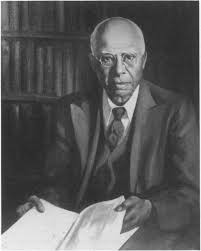 [dropcap size=small]M[/dropcap]onroe Nathan Work was a sociologist who founded the Department of Records and Research at the Tuskegee Institute in 1908 and expanded its national reputation. With much of his career he strove to advance credibility to the anti-lynching campaigns and the [Black] Health Week movement.

Work was born on August 15, 1866 in Iredell County, North Carolina. Shortly after his birth, the family moved to Cairo, Illinois where Work’s father worked as a tenant farmer. They aspired to own their own land and in the early 1870s moved to Kansas and purchased a 160-acre farm in Summer County. Work received his elementary education in a local church building and stayed in Summer County to help on the farm until 1889, when his mother died and his father went to live with one of the married children. He started high school at the age of 23 in Kansas and after graduating (third in his class) he tried teaching, preaching, and homesteading before determining to enter seminary in Chicago.

Work became disenchanted with seminary and transferred to the Sociology Department of the University of Chicago in 1898. Work’s passion for sociology was driven by his belief that education eradicated racial prejudice. He once noted, “In the end, facts will help eradicate prejudice and misunderstanding, for facts are the truth and the truth shall set us free.” Thus began a life long career dedicated to finding and documenting the facts of black life in the United States.

While at the University of Chicago, Work began research and writing in the field of Negro history and sociology with an article on “The Negro and Crime in Chicago,” published in the American Journal of Sociology in September 1900. Continuing this interest at Savannah, he attracted the attention of Booker T. Washington, who invited him to join the faculty of Tuskegee Institute in Alabama.

In September 1908 Work became director of the Department of Records and Research at Tuskegee, a position he held until his retirement thirty years later. Charged with collecting, recording, and preserving the history of the Negro in America, he began in 1912 to publish The Negro Yearbook, a compilation of information and statistics on the Negro in America: economic, social, and historical. Of particular interest was his continued record of lynchings in the United States. Work wrote widely for periodicals and newspapers, especially the Southern Workman, published at Tuskegee, and the Journal of Negro History. He was also instrumental in 1915, along with Washington, in starting the annual Negro Health Week, an event later sponsored by the U.S. Public Health Service.

In 1928 Work published his major contribution to scholarly research, Bibliography of the Negro in Africa and America, which contained over 17,000 entries, including many rare items found in a tour of European libraries. A review of this work called it “the whole history of the Negro race in outline.” The next year he received the William E. Harmon Award for the Negro Year Book and Bibliography. Among other honors, he was awarded the University of Chicago Alumni Citation (1942) and the D.Litt. degree from Howard University (1943).