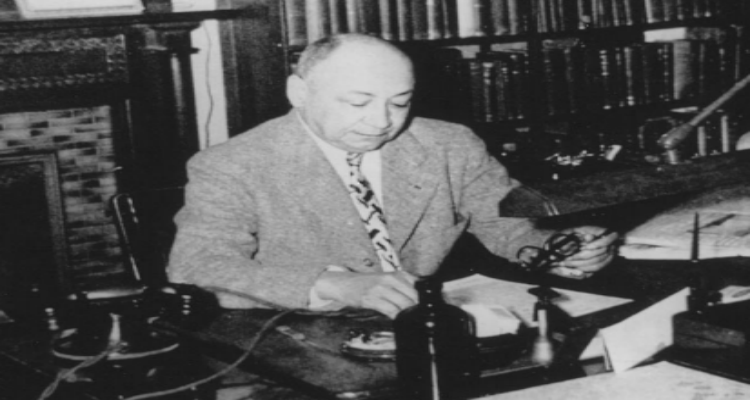 Louis Tompkins Wright was an African American surgeon, war hero and civil rights activist. Wright was “the first Black physician to be appointed to the staff of a New York municipal hospital; the first Black surgeon in the police department of New York City; the first to experiment with Aureomycin, an antibiotic, on humans; the first Black surgeon to be admitted to the American College of Surgeons since its inception; and the first Black physician in America to head a public interracial hospital.” Wright was also influential for his medical research contributions both in his own field and in internal medicine; he had published approximately 100 papers by the time he died in 1952 at the age of 61. Wright was also known for his efforts pushing for racial equality in medicine, and his involvement with the National Association for the Advancement of Colored People (NAACP), which he served as chairman for nearly two decades. 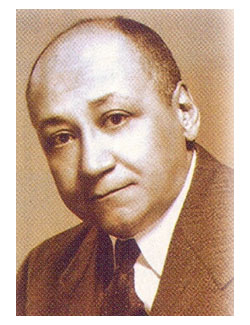 Louis T. Wright was born on July 23, 1891 in La Grange, Georgia. His father, Ceah Ketchan Wright, was born enslaved but obtained formal education, finishing medical school as valedictorian but later giving up his medical practice to be a Methodist minister. His father died shortly after his birth and his mother, a sewing teacher named Lula Tompkins, remarried in 1899. Also a physician, Wright’s step-father, William Fletcher Penn, was the first African-American to graduate from Yale School of Medicine. Penn, who became a prominent doctor in Atlanta and was the first African-American to own an automobile in the city, had a strong influence on Wright both as a physician and through the racial hardships Wright watched him endure.

Wright earned a bachelor’s degree from Atlanta’s Clark University in 1911 and a medical degree from Harvard University Medical School in 1915. Wright’s activism began at Harvard where he missed three weeks of medical school to join NAACP picket lines protesting The Birth of a Nation, a film controversial for its sympathetic portrayal of the Ku Klux Klan. Wright returned to his studies, however, and graduated fourth in his class in 1915, yet was unable to find an internship. He was accepted by Freedmen’s Hospital in Washington DC (affiliated with Howard University), and while there researched the use of the Schick test for diphtheria on African Americans.

After completing his postgraduate studies he returned to Atlanta where he went into practice with his stepfather. He married public school teacher Corinne Cooke, and the couple had two daughters, Jane Cooke Wright and Barbara Wright Pierce, both of whom also became physicians and researchers. In 1916 NAACP Field Secretary James Weldon Johnson came to Atlanta to start a local chapter. Wright joined and was elected treasurer. This marked the beginning of his life-long friendship with Walter White who was chapter secretary. At the outbreak of World War I the NAACP pressured the U.S. Congress into establishing the country’s first training camp for Black officers at Fort Des Moines, Iowa, in 1917. Dr. Wright was one of the first graduates of the camp. Commissioned as a first lieutenant in the U.S. Army’s Medical Corps, he left for France immediately with the 367th Infantry Regiment of the 92nd Division. There he successfully implemented life-saving treatments and was awarded the Purple Heart after a gas attack, which permanently damaged his lungs.

Upon his return to the United States he moved to New York City, New York, where in 1919 he became the first African American appointed to the surgical staff at Harlem Hospital. Four whyte physicians resigned in protest and Dr. Cosmo O’Neal, the hospital director who hired him, was transferred to working the gate-booth at Bellevue Hospital. Dr. Wright protested the dilapidated conditions of the hospital, raised its patient care standards, improved the professionalism of its staff, and brought the institution to national eminence. By 1929 Dr. Wright had been promoted to assistant visiting surgeon and was also named NYPD Police Surgeon. He became the first African American to become a Fellow of the American College of Surgeons (1934) and to become a Board Certified Surgeon, one year after the Board was created (1939). He also began publication of the scholarly Harlem Hospital Bulletin and established the hospital’s medical library in 1934.

Inspired by the discrimination he had experienced and overcome throughout his career, Wright fought for equality in medical education and in medical care for all people. He continued be be active with the NAACP and was elected to its Board of Directors in 1931, becoming Chairman in 1934. Dr. Wright authored many articles for the NAACP magazine Crisis, where he challenged the contention that biological factors caused African Americans to harbor more syphilis and infectious diseases than the general population. Reunited with Walter White, who had become Executive Director, he secured funding from the Carnegie Foundation to research and make recommendations concerning health care needs of African Americans. He was awarded the Spingarn Medal in 1940, for “his contribution to the healing of mankind and for his courageous position in the face of bitter attack.”

In 1939, Dr. Wright was stricken with tuberculosis, likely due to lung damage during the war, and was hospitalized in Ithica, New York, for most of the next three years. Returning to the staff at Harlem Hospital in 1942, he was named Director of the Department of Surgery, and the physical limitations from his illness led him to concentrate on research. He developed a metal plate for knee fractures and a neck brace, as well as becoming known as becoming known as an expert on head injuries and skull fractures. He headed the team that first used Aureomycin, and published over 35 papers on the use of antibiotics.

In 1948, Dr. Wright was elected president of the hospital board. Still in this position in 1952, he was honored that year with the inauguration of a new Harlem Hospital library named after him. Dr. Wright also founded the cancer research center at Harlem Hospital known as the Harlem Hospital Cancer Research Foundation. He was also one of the pioneers of chemotherapy in treating cancer. In total, he had approximately 100 papers published in medical journals.

Dr. Wright died of a heart attack in October 1952, leaving behind his wife, Corinne, and two daughters, both of whom followed in their father’s footsteps and pursued medical careers.

Dr. Louis Tompkins Wright is remembered as a civil rights warrior who often clashed with the establishment to make things easier for Black physicians who came after him. He was insistent that an evenly high standard of medical care could only come from doctors chosen on the basis of ability and educational need rather than on the criterion of race.