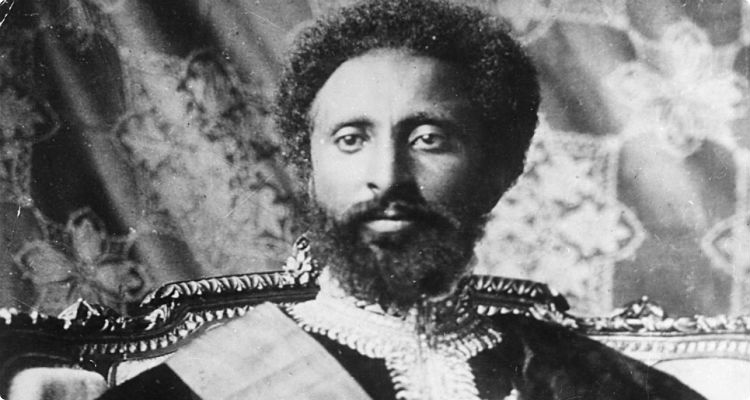 “Look to Africa when a Black king shall be crowned, for the day of deliverance is near.” 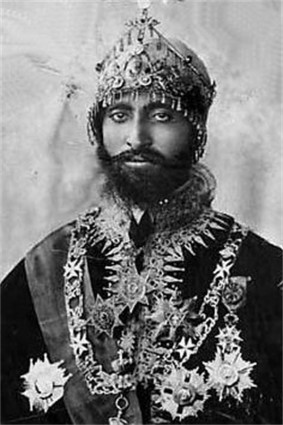 Emperor Haile Selassie I was born, Lij Tafari Makonnen in a mud hut in Ejersa Gora on July 23, 1892, but took the regal name Haile Selassie I (meaning “Might of the Trinity”) when he was crowned. Lij translates to “child”, and serves to indicate that a youth is of noble blood. His given name, Tafari, means “one who is respected or feared”. Like most Ethiopians, his personal name Tafari is followed by that of his father Makonnen and rarely that of his grandfather Woldemikael. His Ge’ez name Haile Selassie was given to him at his infant baptism and adopted again as part of his regnal name in 1930.

Emperor Haile Selassie I was the only surviving and legitimate son of Ras Makonnen, the governor of Harar, and a chief adviser to Emperor Menelik II, one of Ethiopia’s greatest rulers. Emperor Menelik II, who did not have a male heir to succeed him. Tafari seemed like a possible candidate when, following his father’s death in 1906, he was taken under the wing of Menelik II, who facilitated his political career.

In 1913, however, after the passing of Menelik II, it was the emperor’s grandson, Lij Yasu, not Tafari, who was appointed as emperor. But Yasu, who maintained a close association with Islam, never gained favor with Ethiopia’s majority Christian population. As a result Tafari became the face of the opposition, and in 1916 he took power from Lij Yasu and imprisoned him for life. The following year Menelik II’s daughter, Zauditu, became empress, and Tafari was named regent and heir apparent to the throne. In 1923 he led Ethiopia into the League of Nations. The following year, he traveled to Europe, becoming the first Ethiopian ruler to go abroad. In 1928 he appointed himself king, and two years later, when Menelik II’s daughter Empress Zauditu died, Tafari was crowned emperor.

Emperor Haile Selassie I worked to modernize Ethiopia for several decades before famine and political opposition forced him from office in 1974. The Emperor presided over a country and government that was an expression of his personal authority. His reforms greatly strengthened schools and the police, and he instituted a new constitution and centralized his own power.

In 1935, Benito Mussolini’s troops invaded Ethiopia and, in 1936, Haile Selassie fled in exile with his family. That year, he delivered a famous speech to the League of Nations in Geneva, appealing for help to fight the invaders. Although during that time he tried to raise awareness for the Ethiopian cause in Europe, Selassie spent five years away from his country. He stayed mainly at Bath’s Fairfield House, in the UK, but he also briefly stayed in London – a time that is commemorated by a bust in the city’s Cannizaro Park – and in Malvern, in Worcestershire. Marcus Garvey heavily criticised him for leaving his own countrymen at the mercy of Italy. Haile Selassie reinstituted his powers as emperor in 1941, with support from Britain.

The Emperor again moved to try to modernize his country. In the face of a wave of anti-colonialism sweeping across Africa, he granted a new constitution in 1955, one that outlined equal rights for his citizens under the law, but conversely did nothing to diminish Haile Selassie’s own powers. By the early 1970s famine, ever-worsening unemployment and increasing frustration with the government’s inability to respond to the country’s problems began to undermine Haile Selassie’s rule. In February 1974 mutinies broke out in the army over low pay, while a secessionist guerrilla war in Eritrea furthered his problems. Haile Selassie was eventually ousted from power in a coup and kept under house arrest in his palace until his death in 1975.

Reports initially circulated claiming that he had died of natural causes, but later evidence revealed that he had probably been strangled to death on the orders of the new government.

In 1992 Haile Selassie’s remains were discovered, buried under a toilet in the Imperial Palace. In November 2000 the late emperor received a proper burial when his body was laid to rest in Addis Ababa’s Trinity Cathedral.