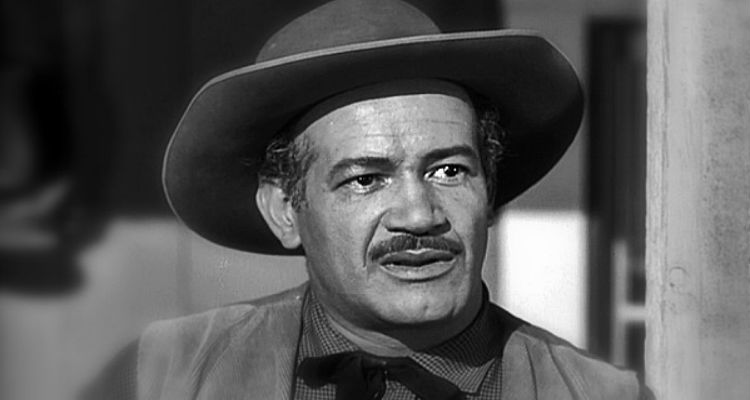 Frank Alvin Silvera was one of the 20th century’s greatest character actors. Silvera was known as “the man with a thousand faces” because of his ability to play a wide array of roles due to his light-skinned appearance. In motion pictures, Frank Silvera was cast as Black, Latino, Polynesia, Indian, Mexican and “whyte”. He was nominated for a Best Actor Tony Award in 1963 for his role in The Lady of the Camellias. Silvera founded The Theatre of Being, a Los Angeles theatre for Black actors, in 1965.

Silvera was born in Kingston, Jamaica, on July 24, 1914, the son of a Spanish Jewish father and a mixed-race Jamaican mother. By the time Silvera was 8 years old, his parents had separated. He and his brothers migrated with their mother to Boston, where she took up work as a seamstress and he enrolled in school. Silvera became interested in acting and began performing in amateur theatrical groups and at church. He graduated from English High School of Boston, and then studied at Boston University, followed by the Northeastern Law School.

Silvera dropped out of law school in 1934 after winning his first stage role in Paul Green’s production of Roll Sweet Chariot. He next joined the New England Repertory, Theatre where he appeared in productions of MacBeth, Othello, and The Emperor Jones. He also worked at Federal Theatre and with the New Hampshire Repertory Theatre. In 1940, Silvera made his Broadway debut in a small role in Big White Fog. His career was interrupted in 1942, when he enlisted in the United States Navy during World War II. He was assigned to Camp Robert Smalls, where he and Owen Dodson were in charge of entertainment. Silvera directed and acted in radio programs and appeared in USO shows. Honorably discharged at the war’s end in 1945, he joined the cast of Anna Lucasta and became a member of the Actors Studio.

Silvera launched his Hollywood career in the 1952 picture The Cimarron Kid. Finding his niche in the role of heavies, he successfully balanced his career between TV, films and the stage, with a memorable supporting performance in the Marlon Brando picture Viva Zapata! (1952), and starring roles in the early Stanley Kubrick works Fear and Desire (1953) and Killer’s Kiss (1955). Among his other film credits include Mutiny on the Bounty (1962), Hombre (1967), Che! (1969) and Guns of the Magnificent Seven (1969). He received a Tony Award nomination for his performances in the play The Lady of the Camellias (1963). His many television guest appearances include The Twilight Zone, Bonanza, I Spy, and a noted performance as El Sordo in a 1967 episode of The Wild, Wild West titled Night of the Jack O’Diamonds, as well as many others. Silvera may be best remembered by TV audiences for his part of Don Sebastian Montoya in the series The High Chaparral (1967 to 1970).

Throughout his acting career, whether it was on stage, screen or TV, Silvera could look and sound like any man of any race or nationality. He was, according his obituary in the New Pittsburgh Courier on June 27, 1970, “a [whyte] bad man in Killer with a Gun, a South American revolutionist in The Naked Hunt, a Chinese Colonel in The Mountain Road, a Mexican detective in Key Witness and a Tahitian chieftain in Mutiny on the Bounty.”

In addition to his acting career, Silvera was actively engaged in the Civil Rights struggles of the 1950s and 1960s. Usually cast in roles playing other ethnicities he was unable to play a Black man until he financed his own production of The Amen Corner by James Baldwin. He took this one step further when he founded the Theater of Being in 1965 which helped guide the careers of young African-American’s who wished to pursue acting careers in Hollywood.

Silvera died suddenly at the age of 55, when he was electrocuted while trying to repair an appliance at his Pasadena home. His final film role in the picture Valdez Is Coming (1971) was released posthumously.

In 1973, Silvera and his efforts to support African-American actors and playwrights were honored with the co-founding of the Frank Silvera Writers’ Workshop Foundation, Inc. The organization sponsors promising African-American playwrights. In 2005, the workshop was among 406 New York City arts and social service institutions to receive part of a $20 million grant from the Carnegie Corporation, which was made possible through a donation by New York City mayor, Michael Bloomberg.