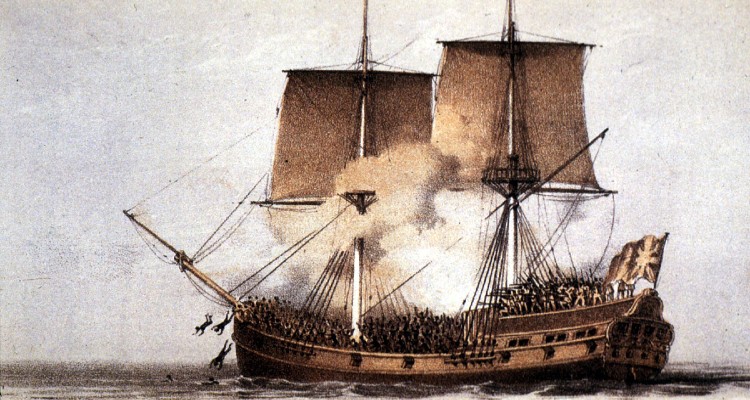 On January 24th, 1773, the captive people aboard the New Britannia, revolted. The ship which was on the Gambian river, in Senegambia, was blown up, killing everyone on board. This was one of the most dramatic forms of mass suicide witnessed during the Maafa/Atlantic slavery.

Senegambia, on the West African coast, was one of the main slaving regions in Africa. The region comprising present-day Gambia and Senegal, stretches from the Senegal River, southwest around Cape Verde, back southeast to the Gambia River, and farther south to the Casamance River, and was over three hundred miles. The people who lived in the region were; the four main Wolof groups; the Mande-speaking Malinke; the Fulbe (Muslim pastoralist); the Bambara; and the Sereer. There were also small communal societies such as the Balante and the Bijagos Islanders.

Islam had begun to spread through Senegambia in the 9th century and by the 18th century was a defining feature of the area. Jihads against non-Islamic groups erupted in the 1720s and lasted through the 1740s, flaring up again the 1780s and 1790s.

The Portuguese arrived in Senegambia in the middle of the fifteenth century. Some of the earliest African-European military wars were waged on the Senegambian coast. The French and British eventually displaced the Portuguese at the end of the 16th century.

The first Africans enslaved in the Americas, coming directly from Africa, were taken from the Senegambia region. Over the course of the 18th century, about four hundred thousand captive people in this region were sold to the slave ships.

It is not known who were the people held captive onboard New Britannia, although it was known that Bijago men were prone to commit suicide on capture.

What is known is that the children managed to slip tools to the men chained in the ship’s cramped middle deck. The men used them to break out of their chains, cut through the wall of their wooden prison, and took possession of the gun room and the weapons inside.

For more than an hour, they fought a pitched battle with the ship’s crew, with many killed on both sides.

No one knows why the captives decided to set fire to the gunpowder magazine. However, this triggered an explosion that destroyed the ship; killing all abroad: 222 captives and 13 slavers/crewmen.

Source:
The Slave Ship: A Human History by Marcus Rediker
If We Must Die by Eric Robert Taylor

An Overview of the Trans-Atlantic Slave Trade

10 Poems By Langston Hughes You Should Know