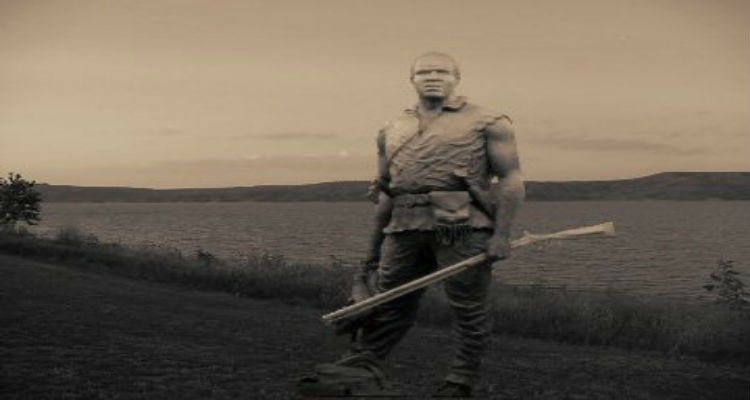 Born into the Maafa (Atlantic slavery) in the 1770s, York achieved fame as the sole African American member of the Lewis and Clark expedition.

Virginia plantation owner/enslaver John Clark selected young York as his son William’s body servant, around 1784 when the Clark family moved to the Falls of the Ohio River (Louisville) where they established the Mulberry Hill plantation. William Clark inherited the Clark estate, including York, in 1799.

From 1804 to 1806 York joined his enslaver as a member of the Lewis and Clark expedition. Presumably, York was the first African American to travel through the Northern Plains. York was a valued and trusted expedition member. In addition to providing extensive physical labor, he helped feed the corps through hunting and trading and provided medical and diplomatic services. 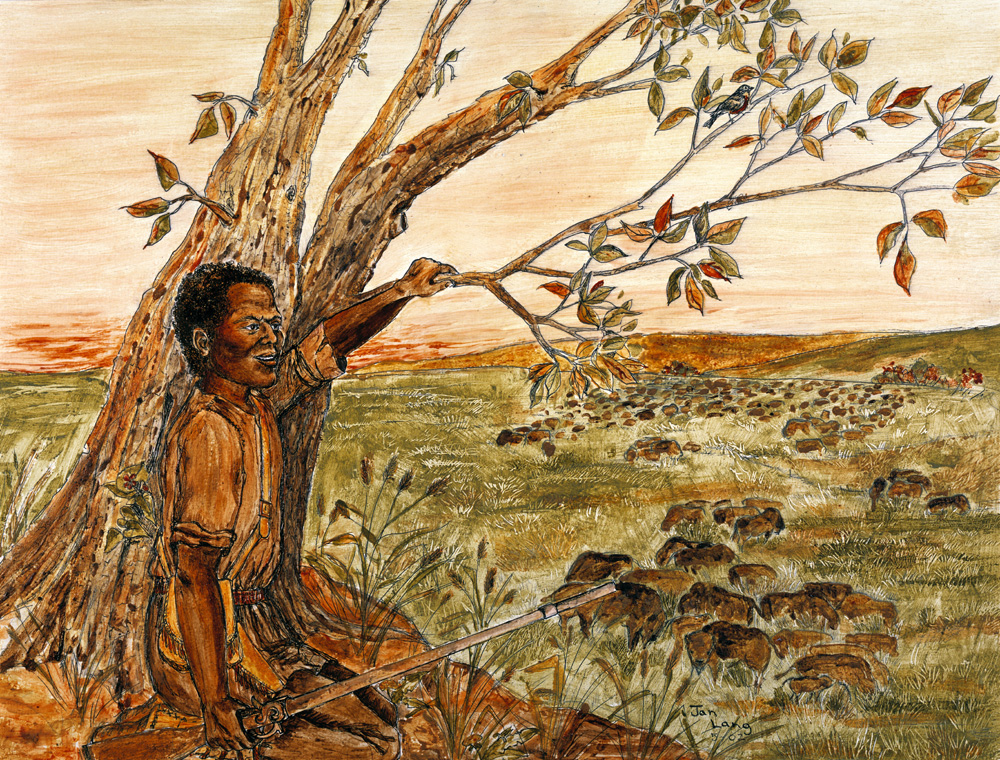 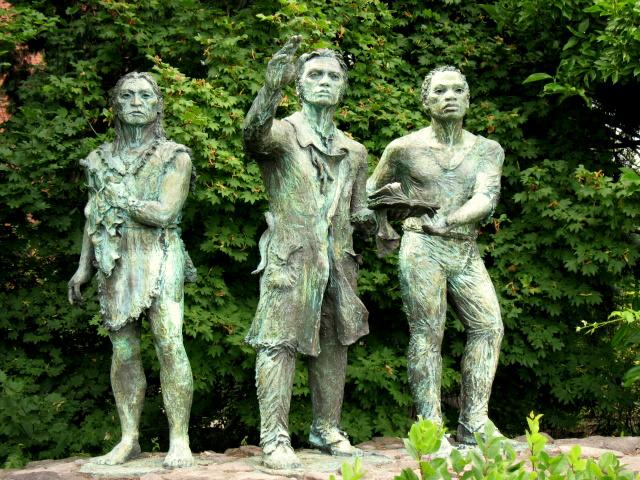 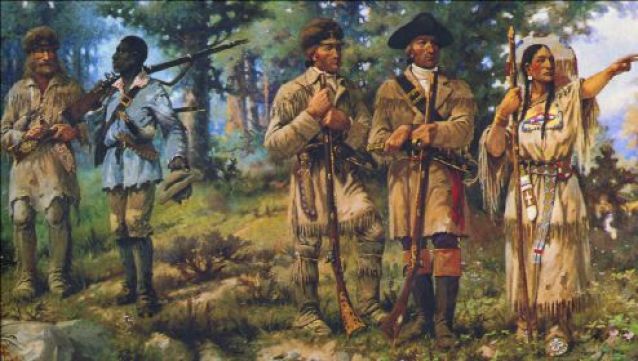 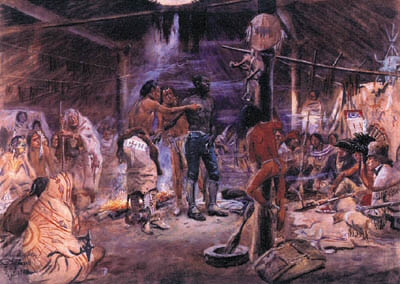 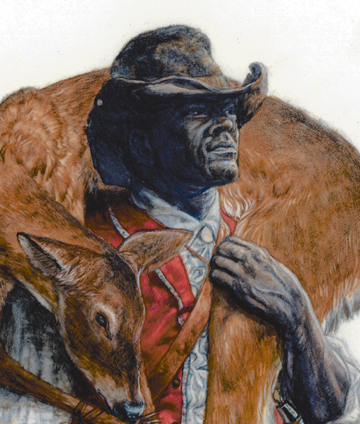 Perhaps no member of the expedition drew more curiosity than York. He was said to be very large and strong, striking with his dark skin and curly hair. Though he shared in all the duties that the enlisted men did, York often was paraded among the Indians as an object of curiosity. Quite simply, most Indians the expedition encountered had never seen a black man before, let alone one with York’s imposing stature. As Clark wrote Oct. 9, 1804, “Many came to view us all day, much astonished at my black servant, who did not lose the opportunity of displaying his powers. This nation never saw a black man before.” The same happened the next day in the Arikara village: “Those Indians were much astonished at my servant, they never saw a black man before, all flocked around him and examined him from top to toe.”

York often wowed the Indians with his dancing. During the winter at Fort Mandan, Clark wrote, “I ordered my black servant to Dance which amused the crowd very much, and somewhat astonished them, that so large a man should be active.” York was said to have enjoyed the attention.

What is known of his post-expedition life comes from a packet of Clark letters discovered in 1988. When the expedition ended, York wished to return to his wife in Louisville. Clark opposed this and at various times threatened to sell York, had him “trounced” (beaten), and jailed. In May 1809 Clark wrote that York was “insolent and sulky, I gave him a severe trouncing the other day and he has much mended.” Eventually, sometime after 1815, Clark freed York and provided him with six horses and a wagon to operate a freighting service between Nashville, Tennessee, and Richmond, Kentucky.

The final fate of York is unclear. It is said that York struggled to survive, as a free man in the slaveholding South. He became a heavy drinker, entertaining companions with stories about his adventures with the expedition—stories that reportedly became taller with each telling. He died of cholera sometime between 1822 and 1832 somewhere in Tennessee, according to Clark’s letters, and is likely buried in an unmarked grave. Another story of York’s final days was that York was seen living in an Indian village, content and respected in his old age.

NOIR & BLANC: The Art of Storytelling by Joseph Kendy

I love this great information

THANK YOU SO MUCH FOR ALL YOU DO………..BEST