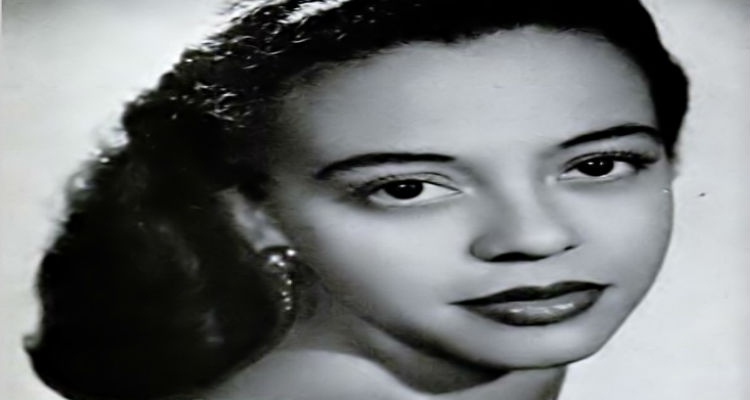 Adele Addison is an African-American lyric soprano who was an acclaimed figure in the classical music world during the 1950s and 1960s. She is best remembered today as the singing voice for Bess, portrayed on-screen by Dorothy Dandridge, in the 1959 film version of Porgy and Bess.

Addison began studying voice seriously as a teenager and, following high school, won a scholarship to study at Westminster Choir College. Continued scholarship awards enabled her to pursue further studies at Princeton University and at summer session at the Berkshire Music School associated with the Tanglewood summer festival in Massachusetts.

She made her professional recital debut in Boston, in 1948 while still a student at Princeton. Following graduation, she moved to New York City to pursue a career as a classical soprano. Adele Addison made her New York debut at Town Hall in 1952, then sang with the New England Opera and the New York City Opera. Although Addison was offered more opera roles with several companies, she did not appear in many more opera productions as she preferred to sing in recital and on the concert stage.

She did appear in a few more productions with the New York City Opera, the Philadelphia Lyric Opera Company, and the New England Opera Theatre. Her other opera roles included the title role in Handel’s Acis and Galatea, Liù in Puccini’s Turandot, Gilda in Verdi’s Rigoletto, Micaela in Bizet’s Carmen, Fiordiligi in Mozart’s Così fan tutte, and Nannetta in Verdi’s Falstaff among others. In 1959, Addison sang the role of Bess in the film version of Gershwin’s Porgy and Bess.

Addison made numerous appearances with major orchestras, such as the Boston Symphony Orchestra, the Hollywood Bowl Orchestra, and the Cleveland Orchestra. In 1961 she was chosen by Charles Münch as the soprano soloist in the World premiere of Francis Poulenc’s Gloria with the Boston Symphony Orchestra. A favorite artist of Bernstein’s, she was invited to sing at the opening concert at the New York Philharmonic’s new venue, Philharmonic Hall (now Avery Fischer Hall) at Lincoln Center, New York, in 1962. The two collaborated frequently, including on a number of recordings. Other noted performances by Addison include the world premiere of Lester Trimble’s Canterbury Tales and her interpretation of Debussy’s L’Enfant prodigue.

Towards the late 1960s, Addison’s performing career began to slow down as she focused more on teaching. Although retired now, she taught voice on the collegiate level for more than thirty-five years. She has been a voice teacher for SUNY at Stony Brook, Eastman School of Music and Aspen Music Festival and School. For many years, she was also on the faculty, serving for a time as Chair, of the Voice Department at the Manhattan School of Music, which awarded her an honorary doctorate in 2001. Many of her students, such as Dawn Upshaw, have gone on to have successful careers.

Addison once said,”What I try to pass on to my own students at the Manhattan School of Music is to make them aware of their own abilities, to know how much they need to know in order to be a singing musician.”