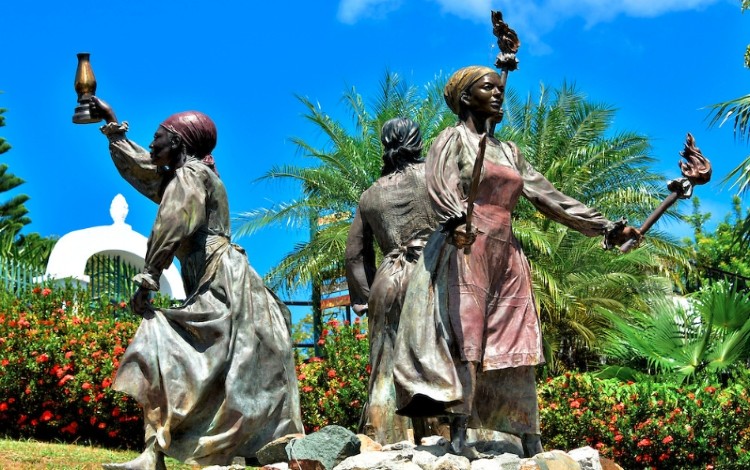 Three African-Caribbean women on St. Croix led an insurrection against the Danish Government in a successful demand for better wages and working conditions. This revolt is known today as “Fireburn” and the women are renowned as Queen Mary, Queen Agnes and Queen Matilda– “The Three Queens of the Virgin Islands.”

Thirty years after the Maafa (Atlantic slavery) ended in the Danish West Indies, Black workers were being paid a pittance for their labor. They had been forced, by law, to sign a contract which bound workers and their families to the plantations on which they worked. The terms laid out in those contracts made the workers of the Danish West Indies enslaved people in all but name.

On October 1, 1878, a crowd of Black workers gathered in Frederiksted to desist the renewal of contracts, which were considered contractual forms of indentured servitude. Rumors began to be circulated that passports were unavailable and that a group of workers were being detained on route to Vieques. Violence soon ensued after another rumor broke out that a local named Henry Trottman, who had been taken to the hospital by the police for a cut on his foot, was maltreated and died in police custody. This sent forth a barrage of stones from the crowd, and Danish soldiers responded by shooting back. As the soldiers barricaded themselves in the fort, the crowd began destructing the surrounding area, setting fire to many buildings. The event is referred to as the “Fireburn” due to the rebels’ employment of loose sticks and bundled torches to ignite the town buildings and later, the plantations.

Over 60 African-Caribbean workers died as a result of the uprising; only three whytes were killed. Queen Mary Thomas, Queen Matilda Macbean, and Axeline “Queen Agnes” Salomon emerged as part of the leadership and heroes sprung from the insurrection. They were imprisoned in Denmark but their hard work and fearless actions brought about change.

Image: Three Queens of the Virgin Islands fountain is located below Blackbeard’s Castle in Charlotte Amalie on St. Thomas Island.

great find your page has been

hoping to find some Elijah Muhammad.
the Nation of islam has a connect to Nova Scotia