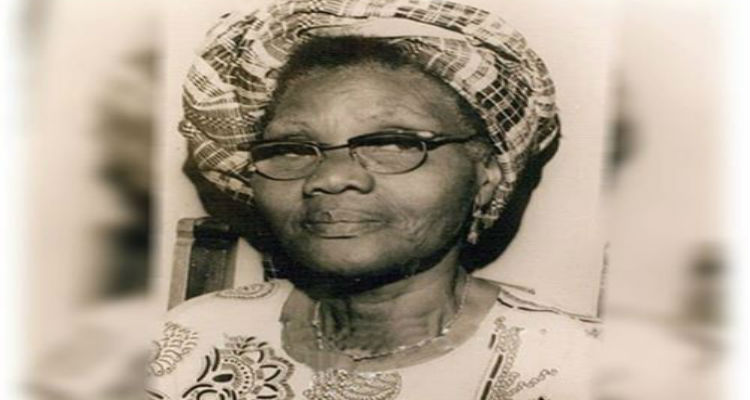 Funmilayo Ransome-Kuti, the mother of musical legend, Fela Kuti, was also a legend, herself. Known as the Lioness of Lisabi, she was a Nigerian teacher, political campaigner, and women’s rights activist, who was a winner of the Lenin Peace Prize. Ransome-Kuti founded the Abeokuta Women’s Union, one of the most impressive women’s organizations of the twentieth century (with a membership estimated to have reached up to 20,000 women). Her political activism led to her being described as the doyen of female rights in Nigeria, as well as to her being regarded as “The Mother of Africa.” Ransome-Kuti received the national honor of membership in the Order of Nigeria in 1965. The University of Ibadan bestowed upon her the honorary doctorate of laws in 1968. She also held a seat in the Western House of Chiefs of Nigeria as an oloye of the Yoruba people.

Funmilayo Ransome-Kuti was born Francis Abigail Olufunmilayo Thomas to Daniel Olumeyuwa Thomas and Lucretia Phyllis Omoyeni Adeosolu on 25th October, 1900 in Abeokuta, Egbaland. Her grandfather, was a returned enslaved man from Sierra Leone, who traced his ancestral history back to Abeokuta in what is today Ogun State, Nigeria. She was the first female student at the Abeokuta Grammar School (a secondary school), which she attended from 1914 to 1917. After teaching briefly at the school, she studied in England (1919–23), where she dropped her English names and shortened her Yoruba name to Funmilayo. She soon returned to Nigeria and became a teacher. On 20 January 1925, she married the Reverend Israel Oludotun Ransome Kuti. He also defended the ordinary people of his country, and was one of the founders of both the Nigeria Union of Teachers and of the Nigerian Union of Students.

In 1932, she helped organize the Abeokuta Ladies Club (ALC), initially a civic and charitable group of mostly Western-educated Christian women. The organization gradually became more political and feminist in its orientation, and in 1944 it formally admitted market women (women vendors in Abeokuta’s open-air markets), who were generally impoverished, illiterate, and exploited by colonial authorities. In 1946 the ALC changed its name to the Abeokuta Women’s Union (AWU) and opened its membership to all women in Abeokuta. Ransome-Kuti became the first president of the AWU (1946) and headed its successor organizations until her death. Under her leadership the AWU became a national organization, renaming itself the Nigerian Women’s Union (NWU) in 1949 and the Federation of Nigerian Women’s Societies (FNWS) in 1953. The organization had a membership of more than 20,000 individuals spanning both literate and illiterate women.

Ransome-Kuti launched the organization into public consciousness when she rallied women against price controls that were hurting the female merchants of the Abeokuta markets. Trading was one of the major occupations of women in the Western Nigeria at the time. In 1949, she led a protest against Native Authorities, especially against the Alake of Egbaland. She presented documents alleging abuse of authority by the Alake, who had been granted the right to collect the taxes by his colonial suzerain, the Government of the United Kingdom. He subsequently relinquished his crown for a time due to the affair. She also oversaw the successful abolishing of separate tax rates for women.

The broader goals of the organisation included greater educational opportunities for women and girls, the enforcement of sanitary regulations, and the provision of health care and other social services for women. Ransome-Kuti pursued these initiatives with the intention of raising living standards for women and ultimately eliminating the causes of poverty. In the 1950s, she was one of the few women elected to the house of chiefs. At the time, this was one of her homeland’s most influential bodies.

Funmilayo Ransome Kuti also campaigned for women’s votes. She was for many years a member of the ruling National Council of Nigeria and the Cameroons party (NCNC), but was later expelled when she was not elected to a federal parliamentary seat. At the NCNC, she was the treasurer and subsequent president of the Western NCNC women’s Association.

During the Cold War and before the independence of her country, Funmilayo Kuti travelled widely and angered the Nigerian as well as British and American Governments by her contacts with the Eastern Bloc. This included her travel to the former USSR, Hungary and China where she met Mao Zedong. In 1956, her passport was not renewed by the government because it was said that “it can be assumed that it is her intention to influence … women with communist ideas and policies.” She was also refused a U.S. visa because the American government alleged that she was a communist.

Prior to independence she founded the Commoners Peoples Party in an attempt to challenge the ruling NCNC, ultimately denying them victory in her area. She received 4,665 votes to the NCNC’s 9,755, thus allowing the opposition Action Group (which had 10,443 votes) to win. She was one of the delegates who negotiated Nigeria’s independence with the British government.

In the early 1970s she changed her surname to Anikulapo-Kuti to further identify herself with Yoruba culture, thereby following the example of her son, Fela Anikulapo-Kuti, a popular musician and a fierce critic of Nigeria’s military governments from the 1960s. In 1977 some 1,000 soldiers stormed the family property in Lagos, which Fela had transformed into a commune that he called the Kalakuta Republic. During the assault, soldiers dragged Funmilayo by her hair and threw her out a second-story window. She lapsed into a coma in February of that year, and died on 13 April 1978, as a result of her injuries.