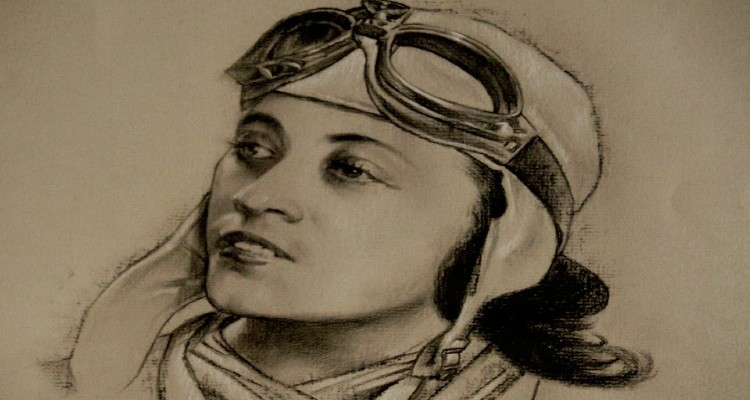 Janet Harmon Bragg  was an American amateur aviator. She was the first African-American woman to hold a Commercial Pilot Licence. 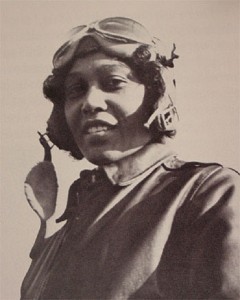 Janet Harmon was born Jane Nettie Harmonon on March 24, 1907 in Griffin, Georgia. She was the seventh child in a family with African and Cherokee ancestry. She attended Episcopal boarding schools and after graduation, pursued a nursing degree at Spellman College in Atlanta, where she qualified as a registered nurse in 1929 before she moved to Chicago to work at Wilson Hospital. In 1933, having always been interested in learning to fly, Bragg enrolled at Aeronautical University, a segregated Black aviation school managed by John C. Robinson and Cornelius Coffey.  She was the only woman in a class with 24 Black men, who would not help her because she was a woman in what they considered to be a man’s territory. However, as one of the few students with a job, Bragg earned some respect from her classmates when she provided $600 of her own money to buy the school’s first airplane for students to learn to fly. She also contributed financially to the building of the school’s first airfield in Robbins, Illinois. Out of this airfield, Bragg, Coffey, Robinson, and some of her classmates, formed the Challenger Air Pilots Association, later known as the National Association of American Airmen, to connect blacks across the country who were interested in learning to fly.

In the summer she learnt flying and obtained her private pilot’s license while continuing to work with Coffey and Robinson on strengthening the flight school. Around 1934, the school’s flight training program moved to Harlem Airport in Oaklawn, Illinois after the hanger they built at Robbins was destroyed by a storm. The move allowed for further development of the school, and in 1939, Bragg and her colleagues were awarded the privilege of starting the only Civilian Pilot Training Program for Blacks that was not located on a college campus.

In 1943, in the midst of World War II, one of the white women Bragg was teaching to fly encouraged her to apply for the Women’s Airforce Service Pilots (WASP) Organization. When she met with Ethel Sheehy, who was then the assistant to the head of WASP, Jacqueline Cochran, Sheehy was surprised that Bragg was Black. Sheehy said “Well, I’ve never interviewed a colored girl for flying,” to which Bragg replied “Well, we have plenty of them fly.” Sheehy sent her home without an interview, but told Bragg she would be in touch. A few weeks later, she received a rejection letter from the head of WASP. Even though she trained women who became WASPs, Bragg was not admitted because of racism. Bragg then applied to the military nurse corps, but was denied admission there, too, because they claimed the “colored quota” had been filled.

She then travelled to a flight school in Tuskegee, Alabama and completed the Civilian Pilot Training Program. After completing the required coursework and passing the written exam, she took her flight test with D.K. Hudson. Once her flight test was over, Bragg was denied a license for being a “colored girl”, despite her skills as a pilot. Not to be deterred, when she returned to Chicago, she retook the examination and passed, becoming the first Black woman to receive a commercial pilot’s license.

Janet married Evans Waterford before enrolling in at Aeronautical University, but this first marriage fell apart in two years. After the divorce Harmon continued to work as nurse, this time for practicing doctors, and attended the Loyola University.  In 1941–1951 she worked as a health inspector for an insurance company. In 1953 she married Sumner Bragg; together the Braggs managed two nursing homes for the elderly in Chicago until their own retirement in 1972. Bragg continued to be active in aviation until her death on April 11, 1993. She volunteered with the Pima Air and Space Museum in Tucson, and assisted with their Black Wings exhibit.

With the help of Marjorie M. Kriz, Bragg’s autobiography, Soaring Above Setbacks: The Autobiography of Janet Harmon Bragg, African American Aviator, was published by the Smithsonian Institution Press in 1996.  By never giving up, Janet Harmon Bragg paved the way for female Black aviators across the country.