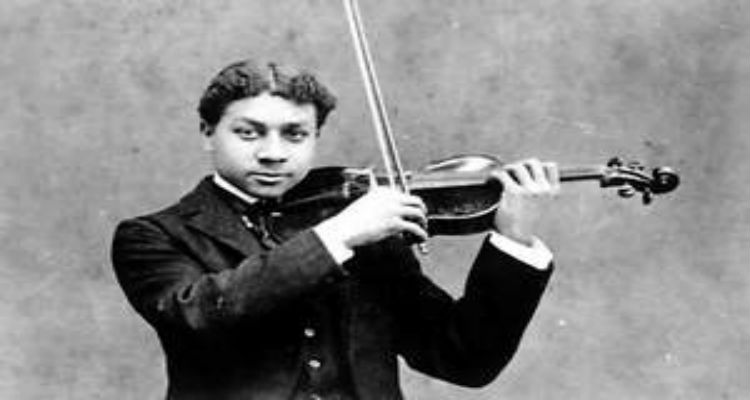 Born in Clarksville, Tennessee, White spent his childhood in Oberlin, Ohio, Chattanooga, Tennessee, and Washington, D. C. He began studying the violin at the age of eight and wrote his first composition for violin and piano at age fourteen. After graduating from Howard University, White entered the Oberlin Conservatory in 1896 and graduated in 1901. He studied and performed in Boston, New Haven, and New York where he drew the attention of Paul Laurence Dunbar, Harry T. Burleigh, and Booker T. Washington.

In 1903 he was invited to join the Washington D. C. Conservatory, and he also later taught in public schools there. In the following year he met the Black-British composer Samuel Coleridge-Taylor with whom he studied in London in 1906 and again from 1908 to 1911. After performing throughout Europe he established a studio in Boston where he conducted the Victoria Concert Orchestra from 1914 until 1924. In 1916 White, along with R. Nathaniel Dett, attempted to organize the National Association of Negro Music Teachers. These plans were interrupted by World War I, after which Dett and White’s idea was taken up by Nora Holt. Holt formed the National Association of Negro Musicians in 1919; White was a charter member.

The nature of White’s compositions changed over time. His early compositions were “neo-romantic” in style. As his social circles expanded, however, he turned to Black folk music as a source of inspiration and musical material. Among his many compositions are: Forty Negro Spirituals, Kutamba Rhapsody, Symphony in D Minor, and the ballet score A Night in Sans Souci.

White was also director of music at West Virginia State College from 1924 to 1931. Here he first became interested in Haitian music and history through his friend, Professor John F. Matheus. The two men traveled to Haiti and together composed an opera based on the life of Jean-Jacques Dessalines, the enslaved African warrior who led a revolution and became the first emperor of Haiti. The opera was titled Ouanga, which means, Voodoo Charm. The work was performed in Chicago, where it won an award from the American Opera Society of Chicago. The Burleigh Musical Association first produced it for the stage in 1949 in South Bend, Indiana. The opera was also performed in Philadelphia (1950) and in New York at Carnegie Hall and the Metropolitan Opera House (1956). After living in Chicago and Elizabeth, New Jersey, where his first wife died, White moved to New York City in 1943, and married his second wife, Pura Belpre.

White was one of the America’s most exceptional composers and violinists of the first half of the twentieth century. He played at many of the principal concert halls in the United States and Europe, with his tours as a violinist receiving critical praise. He died in 1960, shortly after the completion and performance of his cantata, Heritage.