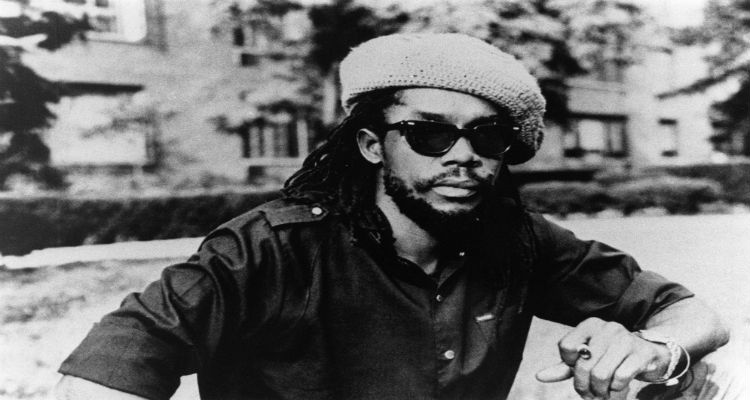 Peter Tosh was the most militant member of the world’s greatest reggae band, The Wailers (1963–1974). Along with Bob Marley and Bunny Wailer, Tosh created reggae music. He taught Bob Marley to play the guitar, and wrote many of the Wailers’ hit songs. After leaving the band, Tosh eventually established himself as a successful solo artist and a promoter of Rastafari. He was murdered in 1987 during a home invasion.

Peter Tosh was born Winston Hubert McIntosh in Westmoreland Jamaica, on 19 October 1944. When Tosh was fifteen, his aunt died and he moved to Trench Town in Kingston. During the early 1960s Tosh met Robert Nesta Marley (Bob Marley) and Neville O’Reilly Livingston (Bunny Wailer) and went to vocal teacher Joe Higgs, who gave out free vocal lessons to young people, in hopes to form a new band. He then changed his name to become Peter Tosh and the trio started singing together in 1962. Higgs taught the trio to harmonize and while developing their music, they would often play on the street corners of Trenchtown.

In 1964 Tosh helped organize the band The Wailing Wailers, with Junior Braithwaite, a falsetto singer, and backup singers Beverley Kelso and Cherry Smith. Initially, Tosh who was a self-taught musician, was the only one in the group who could play musical instruments. Tosh first picked up a guitar by watching a man in the country play a song that captivated him. He watched the man play the same song for half a day, memorizing everything his fingers were doing. He then picked up the guitar and played the song back to the man. The man then asked Tosh who had taught him to play; Tosh told him that he had. 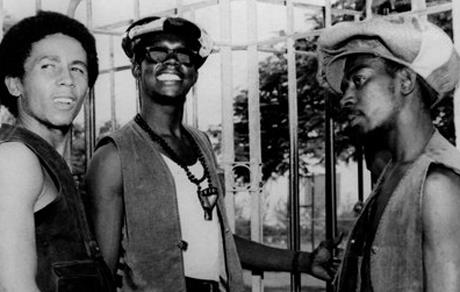 According to Bunny Wailer, Tosh was critical to the band because he was a self-taught guitarist and keyboardist, and thus became an inspiration for the other band members to learn to play. The Wailing Wailers had a major ska hit with their first single, “Simmer Down”, and recorded several more successful singles before Braithwaite, Kelso and Smith left the band in late 1965. Marley spent much of 1966 in Delaware in the United States of America with his mother, Cedella (Malcolm) Marley-Booker and for a brief time was working at a nearby Chrysler factory. He then returned to Jamaica in early 1967 with a renewed interest in music and a new spirituality. Tosh and Bunny were already Rastafarians when Marley returned from the U.S., and the three became very involved with the Rastafari faith. Soon afterwards, they renamed the musical group The Wailers. Tosh would explain later that they chose the name Wailers because to “wail” means to mourn or to, as he put it, “…express one’s feelings vocally”. Tosh was the gensis of the group, and it was he who first taught Bob Marley the guitar. According to Bunny Wailer, the early Wailers learned to play instruments from Tosh.

Rejecting the up-tempo dance of ska, the band slowed their music to a rocksteady pace, and infused their lyrics with political and social messages inspired by their new-found faith. The Wailers composed several songs for the American-born singer Johnny Nash before teaming with producer Lee Perry to record some of the earliest well-known reggae songs, including Soul Rebel, Duppy Conqueror, and Small Axe. The collaboration had given birth to reggae music. The band signed a recording contract with Chris Blackwell and Island Records company and released their debut, Catch a Fire, in 1973, following it with Burnin’ the same year. Also in 1973, Tosh was driving home with his girlfriend Evonne when his car was hit by another car driving on the wrong side of the road. The accident killed Evonne and severely fractured Tosh’s skull.

After Island Records president Chris Blackwell refused to issue his solo album in 1974, Tosh and Bunny Wailer left the Wailers, citing the unfair treatment they received from Blackwell, to whom Tosh often referred with a derogatory play on Blackwell’s surname, ‘Whiteworst’. Tosh had written many of the Wailers’ hit songs such as Get Up, Stand Up, 400 Years, and No Sympathy.
He began recording and released his solo debut, Legalize It, in 1976 with CBS Records company. The title track soon became popular among endorsers of marijuana legalization, reggae music lovers and Rastafari all over the world, and was a favourite at Tosh’s concerts. His second album Equal Rights followed in 1977.

Tosh organized a backing band, Word, Sound and Power, who were to accompany him on tour for the next few years, and many of whom performed on his albums of this period. In 1978 the Rolling Stones record label Rolling Stones Records contracted with Tosh, on which the album Bush Doctor was released, introducing Tosh to new audiences. The band made him the only signing to their record label and hoped to gain credibility from association with an uncompromising iconoclast. The lead single of the album – a cover version of The Temptations song “Don’t Look Back” – was performed as a duet with Jagger. It made Tosh one of the best-known reggae artists.

During Bob Marley’s free One Love Peace Concert of 1978, Tosh lit a marijuana spliff and addressing Jamaica’s two leading politicians, Prime Minister Michael Manley and Edward Seaga, the Leader of the Opposition, Tosh warned: “Hungry people are angry people”. Five months later he was apprehended by police, taken to a police station and beaten relentlessly until his skull cracked open and the hand he attempted to shield himself with was broken. He only survived by playing dead.

Mystic Man (1979), and Wanted Dread and Alive (1981) followed, both released on Rolling Stones Records. Tosh tried to gain some mainstream success while keeping his militant views, but was only moderately successful, especially when compared to Marley’s achievements. That same year, Tosh appeared in the Rolling Stones’ video Waiting on a Friend.

However, the relationship with the Rolling Stones was short-lived. According to his biographer, John Masouri, “[Tosh] was…too hot for the Rolling Stones to handle… He was so principled and their hedonistic rock’n’roll lifestyle didn’t interest him – he was genuinely revolutionary in his thoughts and ambitions for his music and he really did want to change the world with his songs.”

In 1984, after the release of 1983’s album Mama Africa, Tosh went into self-imposed exile, seeking the spiritual advice of traditional medicine men in Africa, and trying to free himself from recording agreements that distributed his records in South Africa. Tosh had been at odds for several years with his label, EMI, over a perceived lack of promotion for his music.

Tosh was a strident campaigner against apartheid and refused invitations to perform in South Africa. He performed at Anti-Apartheid concerts and convey his opinion in various songs like Apartheid (1977, re-recorded 1987), Equal Rights (1977), Fight On (1979), and Not Gonna Give It Up (1983). And as early as 1979 he was refusing to perform in Israel because of his support for a Palestinian homeland.

In 1987, Peter Tosh was awarded a Grammy Award for Best Reggae Performance for No Nuclear War, his last record. After Tosh had returned Jamaica, he became the victim of a treacherous murder. Tosh was robbed and slain in his own home by a three-man gang came to his house demanding money. Tosh replied that he did not have any with him but the gang did not believe him. The gand stayed at his residence for several hours and tortured him in an attempt to extort money from Tosh. During this time, Tosh’s associates came to his house to greet him because of his return to Jamaica. As people arrived, the gunmen became more and more frustrated, especially Dennis “Leppo” Lobban, a man whom Tosh had previously befriended and tried to help find work after a long jail sentence. Tosh said he did not have any money in the house, after which Lobban put a gun to Tosh’s head and shot once, killing him. The other gunmen began shooting, wounding several other people and also killing disc jockeys Doc Brown and Jeff “Free I” Dixon. Leppo surrendered to the authorities. He was sentenced to death, but his sentence was commuted in 1995 and he remains in jail. The other two gunmen were never identified by name.

In 1991 Stepping Razor – Red X was released, a documentary film by Nicholas Campbell, produced by Wayne Jobson and based upon a series of spoken-word recordings of Tosh himself, which chronicled the story of the artist’s life, music and untimely death.