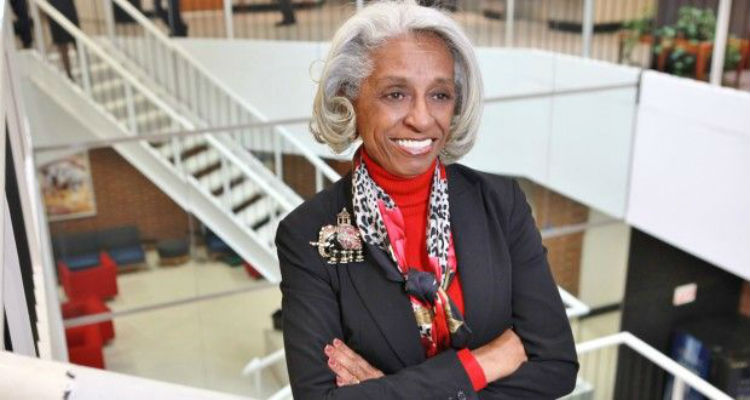 Barbara Ross-Lee, the sister of singer Diana Ross, was the first African American woman to be appointed dean of an American medical school. She is also the first osteopathic physician to serve a Robert Wood Johnson Health Policy Fellowship. Early experiences with illness and death in her family made Ross-Lee believe that a career in medicine would both help her escape poverty and provide her with a way to help others. Told by a college adviser that women could not become doctors, Ross-Lee refused to give up her dream, overcoming many setbacks and detours on her road to a medical education. She not only became a successful doctor of osteopathy, but she also took an active role in working in the political arena to improve access to health care for the poor and disadvantaged.

Ross-Lee was born on June 1, 1942, in Detroit, Michigan, the firstborn of six children of Fred Ross Sr. and Ernestine Moten. As the eldest girl, she took on a protective role, caring for her younger sisters and brothers. At the age of ten, she became a surrogate mother when Ernestine became sick with tuberculosis, a lung disease often associated with poverty. Fred Ross sent his children to stay with his parents in Alabama while Ernestine recovered from her illness, and for two years Ross-Lee filled the role of mother for her brothers and sisters. When the family was reunited, they went to live in low-income public housing in Detroit. 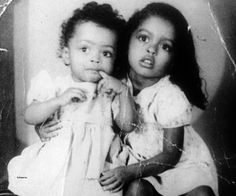 Ernestine’s father had been a Baptist minister, and the whole Ross family took an active role in the church, singing in the choir. Several of the children dreamed of careers in the entertainment industry, and Ross-Lee herself thought of becoming a dancer. Though her sister, Diana Ross, and two of her brothers did develop successful musical careers, Ross-Lee decided to put her energy into her education, focusing on her love of science. “Books were my passion,” she says. “My family teased me because I always had a book in my hand.”

At the age of 16 Ross-Lee nearly bled to death from a tonsillectomy, when doctors had difficulty stopping her bleeding during the operation. Along with her mother’s health problems, this experience helped Ross-Lee decide that she wanted to become a doctor. She entered the premed program at Wayne State University in Detroit in 1960 and planned to major in anatomy in preparation for medical school. The premed counselor at Wayne State, however, did not believe that women should try to become doctors and advised Ross-Lee to change her plans. Based on her counselor’s recommendation that teaching was a more appropriate career for a woman, Ross-Lee majored in biology and chemistry. She also married during her junior year, extending her college career for an extra year to graduate in 1965.

Ross-Lee graduated from Wayne State University with a Bachelor of Science Degree in Chemistry and Biology. She joined the National Teacher’s Corps, a government program that allowed her to teach in the Detroit public school system while earning her master’s degree. She also had three children, the first of whom died in infancy of complications from German measles. She went on to lose two subsequent pregnancies due to blood poisoning, and her youngest child was born prematurely at 5½ months, surviving, weighing just 2 pounds. These traumatic experiences renewed her desire to become a doctor.

After completing the teaching program in 1969, a new educational opportunity arose. Michigan State University opened a school of osteopathic medicine in Pontiac, a Detroit suburb, and so Ross-Lee applied and was accepted. Ross-Lee and her husband had divorced, leaving her to raise her children as a single parent and so in need of support in order to attend osteopathy school, she sold her house and moved back in with her mother. In 1973 Ross-Lee graduated from Michigan State’s College of Osteopathic Medicine and set up her own business as a private-practice doctor. As she had hoped to do when she was a girl, she operated a successful practice in Detroit’s inner-city for ten years, helping many low-income people of color obtain good health care. She also married again, to Edmond Beverly, a superintendent in the Michigan public school system. Together, the two raised five children.

In 1993 when Dr. Ross-Lee was appointed Dean of the Ohio University College of Osteopathic Medicine, she became the first African American woman to administer a medical school in the United States. Ross-Lee guided the College’s curriculum changes from a faculty lecture-based model to a student-based problem-solving model. She urged students to make a difference in the medical profession by tapping into their own unique cultural and personal experiences and thus help reduce/eliminate health disparities.

In 2001, Dr. Ross-Lee was appointed vice president for Health Sciences and Medical Affairs at the New York Institute of Technology, and in 2002, she became dean of the New York Institute of Technology’s New York College of Osteopathic Medicine. In addition to promoting curriculum changes, Dr. Ross-Lee is increasing visibility of the College in the county and state, as well as improving health profession discipline issues so more interdisciplinary programming can be offered.

In 2012, Dr. Ross-Lee was appointed by the Institute of Medicine, the health arm of the National Academy of Sciences, to join 18 other prominent medical professionals and scholars on its Consensus Committee on the Governance and Financing of Graduate Medical Education (GME). She was the only osteopathic physician on this national committee, which recommended reforms to the GME system. Also in 2012, Dr. Ross-Lee was appointed to chair the board of directors for the Institute for the Advancement of Multicultural & Minority Medicine, which focuses on eliminating health disparities in multicultural communities.

Today, she serves as the director of the American Osteopathic Association (AOA) Health Policy Fellowship program, which prepares mid-career osteopathic physicians and others connected to the profession for leadership roles in health policy. She also directs the Training in Policy Studies (TIPS) program, a similar program for post-graduate osteopathic physicians (medical residents).

Dr. Barbara Ross-Lee has received an array of awards including an honorary doctorate from the New York Institute of Technology. Her awards include: the “Magnificent 7” Award presented in 1993 by Business and Professional Women/USA; Ohio Women’s Hall of Fame, 1998; The History Makers Foundation’s Medical History Makers Award, 2007; and AOA’s 40 Great Pioneers of Osteopathic Medicine, 2008. Ross-Lee has lectured extensively and has published more than thirty scholarly articles addressing a variety of medical and health-care issues. She also serves on numerous boards/committees.

In her book, Secrets of a Sparrow, Diana Ross calls Dr. Barbara Ross-Lee, “the true beauty of the family” and says, “I wanted my parents to like me as much as they liked her.” But over the years—and particularly since their mother’s death in 1984—their relationship has become closer. “The bond we have now is so strong,” says Diana, “we have become my mother—together.”

Image: A one-year-old Diana Ross with her older sister Barbara Jean “Bobbi” in 1945.