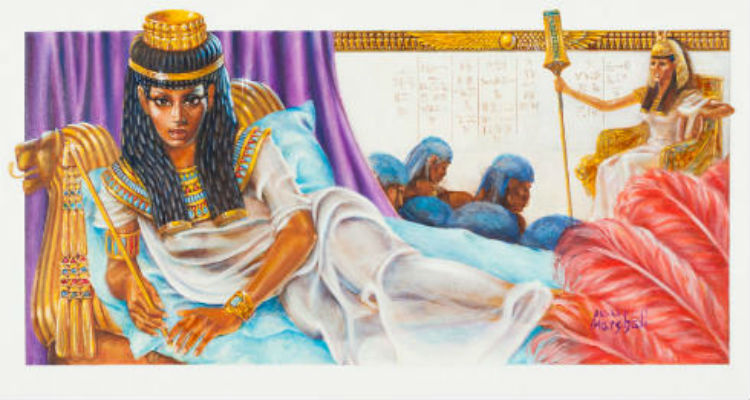 “…the contact of her presence…was irresistible….” Plutarch on Cleopatra.

“More nonsense has been written about Cleopatra than about any other African queen, mainly because it has been the desire of many writers to paint her white. She was not a white woman, she was not a Greek. Until the emergence of the doctrine of white superiority, Cleopatra was generally pictured as a distinctly African woman, dark in color. Shakespeare in the opening line of Antony and Cleopatra calls her “tawny.” In his day, mulattos were called “tawny Moors.” In the Book of Acts, Cleopatra describes herself as “Black.” – John Henrik Clarke

Although the name Cleopatra has been used by many Egyptian Queens, Cleopatra VII, by far is the most remembered overshadowing her predecessors with her political savvy, beauty and romantic life. Cleopatra VII was born in 69 B.C. in Alexandria, Egypt to King Ptolemy XII Auletes. The identity of her mother is a mystery, however research by Hilke Thuer of the Austrian Academy of Sciences now points that her mother was African and not Greek. A BBC team discovered the tomb of Cleopatra’s sister, Arsinoe, in Ephesus, Turkey. Arsinoe, who, according to legend, was killed on orders from her sister, had skull dimensions consistent with African ethnicity which indicates an African mother.

In 51 B.C., Cleopatra’s father Ptolemy XII died and in his will he left the kingdom to Cleopatra VII and her younger brother Ptolemy XIII. Cleopatra, only eighteen at the age of her ascension had to wed her brother and co-ruler due to Egyptian law, which called for any female ruler to have a consort who was either a brother or son. Ptolemy XII was only twelve at the time and Cleopatra took full advantage of the age difference and situation she had been thrust into. Cleopatra dropped Ptolemy XIII name from all administrative documents and she had her own portrait and name placed on legal tender, ignoring her brother’s claim of co-regent. For three years, Cleopatra ruled alone until her brother’s advisors led by Pothinus began conspiring against her. In 48 B.C. they removed Cleopatra from power and she was forced into exile in Syria along with her younger sister Arsinone IV. Cleopatra would not give up her throne easily and she began amassing an army on Egypt’s border. 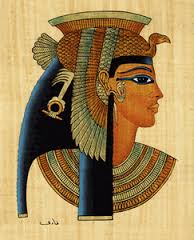 Their political and sexual relationship was a maneuver to save Kemet from the worst aspects of Roman domination. Cleopatra devised a plan to meet Julius Caesar on her own terms seeking a political alliance and a return to the throne. She had herself wrapped inside a rolled rug which was smuggled into Alexandria and delivered to Caesar. When the rug was opened, Cleopatra rolled out and immediately charmed Caesar. Within that same evening, Cleopatra seduced Caesar, who was married, and became his lover, but more importantly linked herself with the Roman Empire. Caesar returned Cleopatra to her throne, and she then married her youngest brother Ptolemy XIV who was only eleven years of age. Around this time Cleopatra became pregnant by Caesar and she gave birth to a son, Ptolemy XV also called Caesarion or Little Caesar. In 44 B.C., Caesar was stabbed to death at a Senate gathering, and Cleopatra fled back to Egypt.

In 42 B.C., Cleopatra would meet Mark Antony, part of a triumvirate now in control of the Roman Empire.

Once again Cleopatra would use her charm and cunning to integrate herself with a powerful man who was part of a powerful empire. Their relationship quickly turned romantic and Antony would spend the winter in Alexandria at Cleopatra’s side. Outraged by Antony’s extra-marital affairs, the Roman Senate declared war on Egypt. Antony and Cleopatra’s forces were no match against the Romans and they were soundly defeated. Antony would commit suicide by stabbing himself and soon after Cleopatra committed suicide by being bitten by an asp, an Egyptian cobra. She was thirty nine years old at the time of her death and was buried beside Antony. Contrary to popular belief, Cleopatra did not commit suicide over the loss of Mark Antony. Her great love was Kemet. She was a shrewd politician and a Kemetic nationalist. She committed suicide when she lost control of Kemet. After Cleopatra’s death, Kemet became a Roman colony and the harsher aspects of Roman rule settled over Kemet and the Middle East.

Cleopatra was the last Pharaoh of Egypt and there have been some controversies in regards to her life. 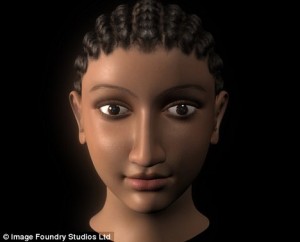 Regarding her ethnicity, Egyptologist Sally Ann Ashton produced a computer regenerated 3D image believed to be the best likeness of the legendary beauty. It is the culmination of more than a year of painstaking research and was pieced together from images on ancient artefacts, including a ring dating from Cleopatra’s reign 2,000 years ago. The image demonstrates Cleopatra was a woman of African descent. 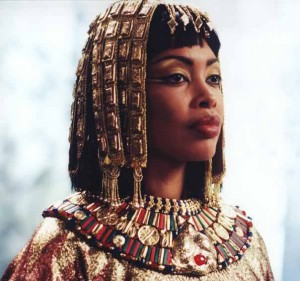 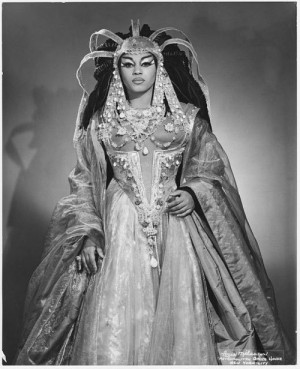 Historically, Cleopatra will be remembered as a woman who seized any opportunity that was placed in front of her. She was a powerful woman who ignored her brother’s claim to rulership and the submissive role women were supposed to play in politics. Cleopatra used any means necessary to accomplish her goals and to protect her beloved state of Egypt. Although her use of seduction in regards to her relationships with Cesar and Antony have become legendary to mainstream society, one must not forget the social and political limitations she hurdled to maintain her position as Pharaoh of Egypt.