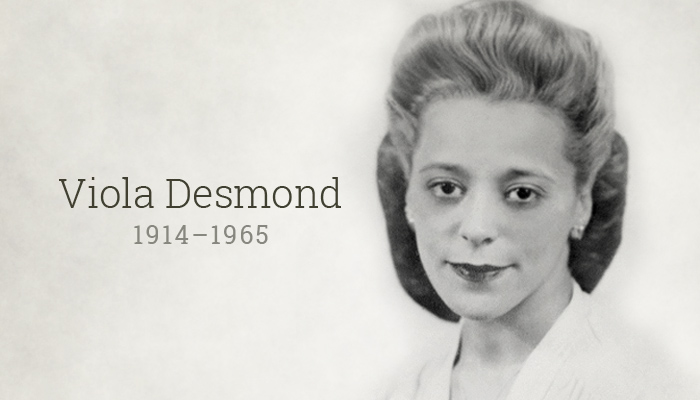 Civil rights pioneer, Viola Desmond, was a Black-Canadian businesswoman who was jailed and fined in 1946 for refusing to give up her seat in the whytes-only section of a Canadian movie theatre. The story of her courageous refusal to accept an act of racial discrimination provided inspiration to a later generation of Blacks in Nova Scotia and in the rest of Canada. Desmond, who owned a hairdressing business, fought unsuccessfully to appeal both her conviction and fine. Her court battle started the dismantling of Nova Scotia’s segregation laws. 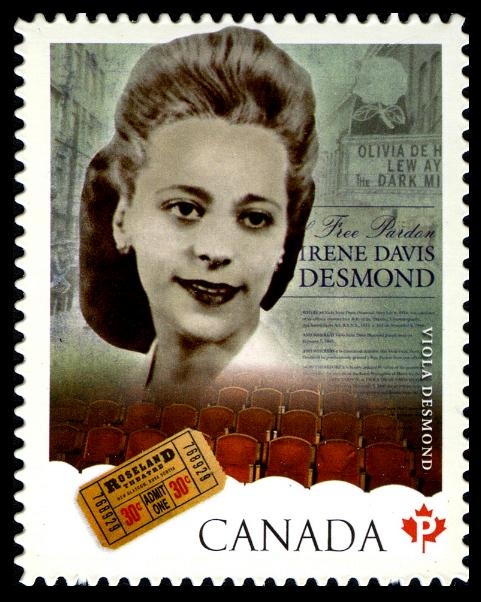 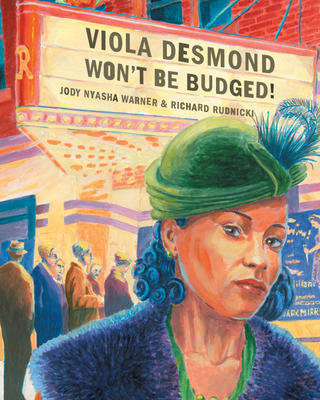 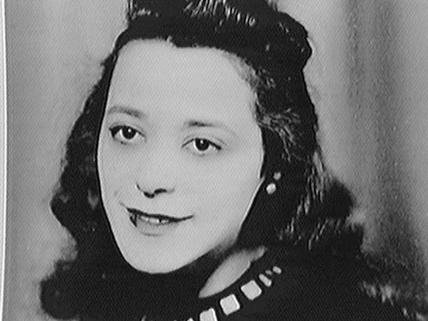 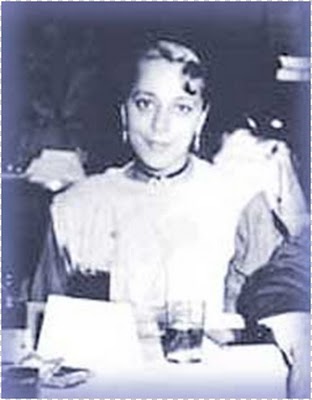 Viola Irene Desmond was born on July 6, 1914, one of ten children of James Albert and Gwendolin Irene (née Johnson) Davis. Viola grew up with parents who were active in the Black community in Halifax, Nova Scotia, despite the fact that her mother was European. Growing up, Desmond noted the absence of professional hair and skin-care products for Black women and set her sights on addressing the need. Being of African descent, she was not allowed to train to become a beautician in Halifax, so she left and received beautician training in Montreal, Atlantic City and one of Madam C. J. Walker’s beauty schools in New York. Upon finishing her training, Desmond returned to Halifax to start her own hair salon. Her clients included Portia White and a young Gwen Jenkins, later the first black nurse in Nova Scotia.

In addition to the salon, Desmond opened The Desmond School of Beauty Culture so that Black Canadian women would not have to travel as far as she did to receive proper training. Catering to women from Nova Scotia, New Brunswick and Quebec, the school provided the skills required for the women to open their own businesses and provide jobs for other Black Canadian women within their communities. Each year as many as fifteen women graduated from the school, all of whom had been denied admission to whytes-only training schools.Desmond also started her own line of beauty products, Vi’s Beauty Products, which she marketed and sold herself.

The incident that would propel her into Canada’s history books, took place in 1946 after her car broke down in New Glasgow, some 100 miles north-east of Halifax, while on a business trip. Desmond decide to visit a local movie theatre, while her car was being repaired. It was a segregated space – floor seats were for whyte people while black people were relegated to the balcony. Desmond, who was shortsighted, tried to buy a floor seat but was refused. So she bought a ticket for the balcony, where tax on the seats was one-cent cheaper, and sat in the floor area anyway. Theatre staff demanded that she go to the balcony, but she refused, since she could see better from the main floor. The police were summoned immediately and Desmond was dragged out of the theatre and arrested. She was charged and held overnight in jail, ultimately spending 12 hours in jail.

Maintaining her dignity, Desmond remained sitting upright, wearing her white gloves (a sign of sophistication and class at the time). The following morning, despite not having done anything wrong, she paid the imposed fine of $20. Besides being fined, she was charged with defrauding the Government of Nova Scotia of the difference in the tax between a ground floor and a balcony seat, which amounted to one cent.

While discussing the incident with the doctor who tended to her, Desmond decided to fight the charges. Clearly, the issue was about her being Black Canadian and there being a racist seating policy in place; it was not about tax evasion. Although her attempt to fight the conviction in court proved fruitless; Desmond’s act of defiance helped ignite Canada’s civil rights movement as well as usher in Nova Scotia’s legal end to segregation in 1954.

In 2010, more than six decades after she was arrested, Nova Scotia apologised to Desmond and pardoned her – a posthumous pardon signed into law by Mayann Francis, the province’s first African Nova Scotian lieutenant-governor. Francis stated, “Here I am, 64 years later – a Black woman giving freedom to another Black woman.”

In 2012 Desmond was featured on a commemorative stamp from Canada Post; and in 2018, the civil rights pioneer was chosen to feature on the Canadian $10 banknote.