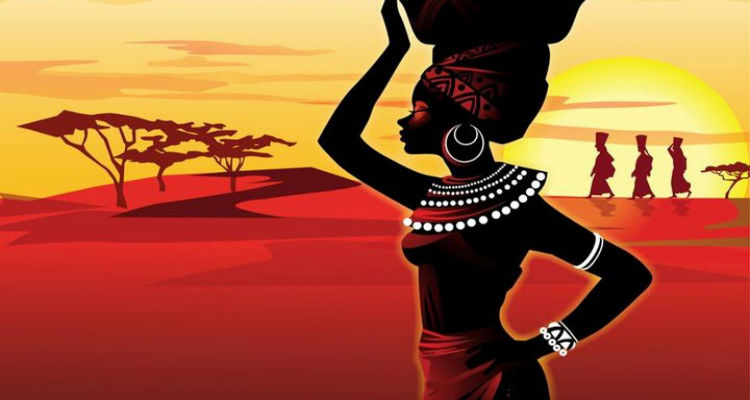 Did You Know that around 75,000 years ago an African drilled tiny holes into the shells of snails and strung them as beads to make the oldest known jewelry? 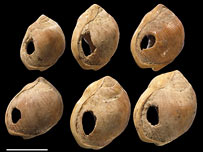 The beads were discovered in the Blombos cave near the southern Cape shoreline in South Africa. The 41 shells were found in clusters of up to 17. They came from a tiny mollusc scavenger, Nassarius kraussianus, which lives in estuaries. Therefore, the shell beads, which appear to have been selected according to size, must have been brought to the Blombos cave from rivers a dozen miles away. The shells are marked with traces of red ochre, so they were either decorated with iron oxide pigment or they were worn by someone wearing makeup.

Christopher Henshilwood of the University of Bergen in Norway, the director of the cave project, told Science magazine that the find is probably one of the first examples of abstract thought seen in our ancestors. Henshilwood also stated that “…Until now, the oldest beads in Africa date to about 45,000 years. The discovery of 41 shell beads in sand layers at Blombos cave, accurately dated as 75,000 years old, provides important new evidence for early symbolically organized behavior in Africa.”