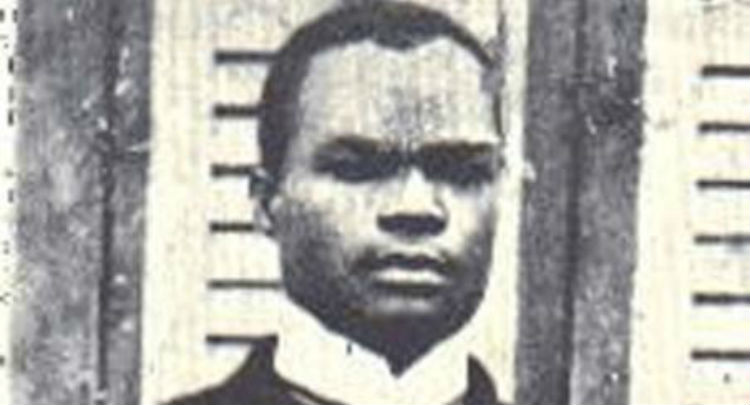 Henry Sylvester Williams was a Trinidadian lawyer and writer who has come to be known as the Father of Pan-Africanism. Williams coined the phrase, Pan-African and organised the First Pan-African Conference held at Westminster Hall in London. In 1903 he went to practise as a barrister in South Africa, becoming the first Black man to be called to the bar in the Cape Colony.

Williams was born on 19th February 1869, in Port of Spain, Trinidad, the eldest of five children. He attended the Normal School in Port-of-Spain and qualified as a primary school teacher at the age of 17, and was put in charge of a school a year later. For the next five years he served as a headteacher. In 1891 he went to New York City, where he worked at odd jobs for two years. After two years in the USA, he moved in 1893 to Dalhousie University, in Halifax, Nova Scotia, to study for a law degree, but did not complete his degree. While living in Canada, Wiliams became a co-founder of the pioneering and innovative Colored Hockey League (1894-1936), featuring teams from Nova Scotia, New Brunswick and Prince Edward Island. In 1896 Williams emigrated to England, settling in London. A year later he enrolled at King’s College to resumed his study of law. He and three other Trinidadian lawyers read for the bar at Grays Inn.

Williams supported himself as a lecturer; lecturing extensively on Trinidad and consistently denounced crown colony rule as ‘a heartless system…a synonym for racial contempt’. He led a deputation of Trinidadians to meet MPs, and became the first person of African descent to speak in the House of Commons. Williams wrote to newspapers and journals on matters touching on Pan-African interests and also earned money through lecturing for the Church of England Temperance Society. This took him to all parts of the British Isles speaking under the auspices of parish churches. The then 29-year-old Williams became friendly with 32-year-old Agnes Powell, who worked as a secretary with the Temperance Society, and by whom he had several children.

In 1897 Williams formed the African Association to publicize injustices against African peoples everywhere and to promote their interests. To foster a sense of unity among all African peoples, he convened the First Pan-African Conference in London, July 23-25, 1900, with himself as general secretary. There were 37 delegates and 10 other participants and observers. The chair was taken by Bishop Alexander Walters, a leader of the African Methodist Episcopal Zion Church in the United States and president of National Afro-American Council. The vice chairmen were representatives of independent African states: Frederick Johnson, former Attorney-General of Liberia, and the Haitian Benito Sylvain, aide-de-camp to the Ethiopian emperor.

The conference discussed many issues, among them the importance of preserving the identity of the Black race and the need for the colonial powers to recognise the rights of indigenous people. The conference was reported in the leading London newspapers of the time. The Westminster Gazette observed that it ‘marks the initiation of a remarkable movement on history; the [African] is at last awake to the potentialities of his future’. The conference formed the Pan-African Association with Williams as honorary secretary, and it was this conference which gave currency to the term pan-Africanism.

After the conference Williams went to Jamaica, Trinidad and the United States to set up branches of the Pan African Association. He returned to London and launched a monthly journal called The Pan African in 1901, which collapsed after a few issues. The Pan African was designed to spread information ‘concerning the African and his descendants in the British Empire’ and to be ‘the mouthpiece of the millions of Africans and their descendants’. Unfortunately, Williams did not succeed in organising a second Pan-African Conference, partly because of shortage of fund.

In 1903, Williams visited South Africa. He practiced law in Cape Town and played the role of agitator in his quest to promote African interests against minority European domination.He was probably the first black man to practice as a barrister defending African people in the courts. Williams was regarded as dangerous by the ruling South African Europeans and was probably forced to leave. Back in London in 1905, he became involved in leftist British politics. In 1906 he won a seat on the St. Marylebone Borough Council, becoming probably the first black elected official in Britain. He was denounced by the British consul in 1908 after going to Liberia and decided to move back to Trinidad.

In Trinidad, he practiced law, lectured on Africa, and was actively connected with the Working Men’s Association, one of Trinidad’s earliest political organizations. Williams fell ill toward the end of 1910 and in March 1911 he died in hospital.

The University of the West Indies, St. Augustine, Trinidad & Tobago, held a conference on “Henry Sylvester Williams and Pan-Africanism: A Retrospection and Projection” on 7–12 January 2001.

A memorial plaque on the site of his former London home at 38 Church Street, Marylebone, was unveiled on 12 October 2007.

Williams was named 16th on the “100 Great Black Britons” list.