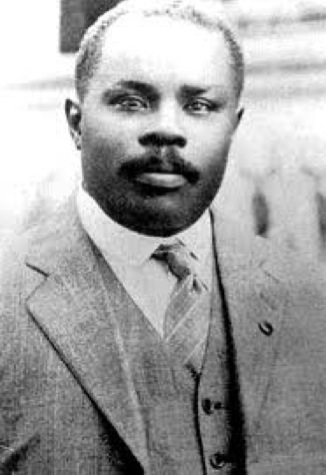 Reggae icon Bob Marley, in his highly acclaimed Redemption Song, exhorted listeners:
“Emancipate yourselves from mental slavery, none but ourselves can free our minds.”

Most fans attribute the saying to him. Only a relative few are aware that Marley was quoting from a 1937 speech given by pan-African visionary Marcus Mosiah Garvey. The ultimate irony is that they don’t know because they have never read Marcus Garvey, the philosophical fountainhead for Marley.

Were it not for Marley’s clever musical cloaking of this profound idea, it would never have gained such popularity. And this speaks to two unfortunate truths which may be limiting the career achievements of a lot of people. Both reveal why many people, while celebrating the Jamaica 50 Jubilee, remain mentally enslaved to states such as fear, ignorance, low self-esteem, self-doubt and pessimism.

The first truth is that most people are more interested in entertainment than they are in real education. That’s why they will sing along with Bob, but wouldn’t pick up a boring book with no pictures and read Marcus Garvey’s words for themselves. True emancipation from mental slavery can be achieved only by gaining new knowledge, insights, ideas and paradigms. Although learning through entertainment is important, it is also very limited. Not every important idea you can make into song, chant, or drama. Not only are too many people slaves of entertainment, but they display a real distaste for reading and study.

No individual or society can experience true mental freedom which depends upon other people’s filtered interpretations of important events and ideas. Just do a simple experiment: ask the next 10 people you meet when was the last time they read a book — any book. I’ve done this many times.

Usually the answer I get is that they don’t like to read. It’s not uncommon for an ‘educated’ adult to say he or she hasn’t read a serious book after leaving college or university. This simply means that they have remained imprisoned by old ideas, beliefs and perspectives learned all those many years ago.

The path to mental freedom is through conscious upgrading of your mind. Every breakthrough in the history of the world started with a breakthrough in thinking. The path to emancipation is through the systematic development of your mind. A good first step is to divert some of the time and money used in entertainment into self-education. Commit to read one book about career or business success every month.

“We are going to emancipate ourselves from mental slavery because whilst others might free the body, none but ourselves can free the mind. Mind is your only ruler, sovereign. The man who is not able to develop and use his mind is bound to be the slave of the other man who uses his mind; use your intelligence to work out the real things of life. The time you waste in levity, in non-essentials, if you use it properly you will be able to guarantee to your posterity a condition better than you inherited from your forefathers.”

The Philosophy and Opinions of Marcus Garvey, or Africa for the Africans

Glenford Smith is a Jamaican writer, motivational speaker and success strategist. His work focuses on the role of strategic resilience in creating career and entrepreneurial success. He is author of the book "From Problems to Power: How to Win Over Worry and Turn Your Obstacles into Opportunities!" which he published in 2012. His second book titled “Profile of Excellence: Strategies for Extraordinary Achievement from 25 Years of Interviewing Remarkable People” (April, 2013), was written in collaboration with journalist Ian Boyne, creator and host of the award-winning television programme Profile, which Boyne started in 1987. Visit the author online at http://glenfordsmith.com/