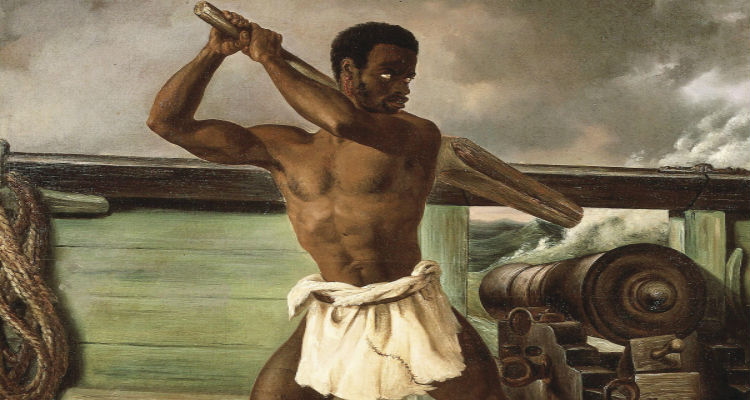 Madison Washington escaped Euro-American  system of enslavement to freedom in Canada. However, Washington could not continue to live free in Canada while the woman he loved remained in bondage. He went back to Virignia determined to rescue her but was captured and sold to a slave dealer. He was put on-board the Creole, a domestic slave ship, with at least 134 other Black men and women, destined for the auction block in New Orleans. Although the Creole was a domestic ship, the Black men and women on board suffered conditions to those of the international slave ships, of indiscriminate cruelty, sexual abuse and physical deprivation. 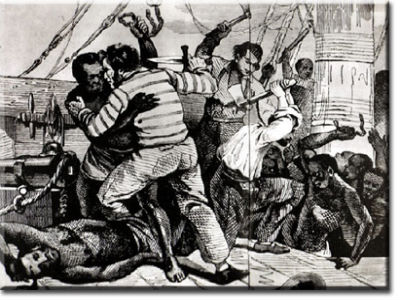 On the night of Nov. 7, 1841, Washington led eighteen followers into rebellion and seized the Creole. One brutal guard was killed and the other sailors threatened with instant death. Washington took control of the Creole, and commanded a change of direction to Nassau, which was under white-British control. Britain had abolished the Maafa (slavery) in 1838 in its nation and colonies.

Upon arrival, the British authorities took Washington and his eighteen followers into custody under charges of mutiny. All remaining passengers were allowed to disembark freely. Five had remained on the ship and chose to return to the United States and the Maafa. Five months later, Madison and the eighteen followers were set free due to lack of evidence.

It was an event of national and international ramifications. After the mutiny a diplomatic friction developed between the United States and Britain. The United States wanted to re-enslaved all the Black men and women, but despite their protests, the British declared the bonded-ancestors to be free persons under their law and refused American demands for their return. For fourteen years the subject of the slave ship rebellion was debated in print and on the floor of the United States Senate. By diminishing the import of the rebellion itself, the pro-slavery argument safely concentrated on the international implications of Great Britain’s involvement in the event. Unsurprisingly, the Creole matter ended with the slavers (slave owners) being reimbursed for the “property” they lost during the mutiny. 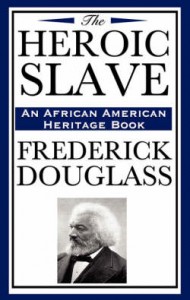 In the same year the British made the payment, Frederick Douglass published a novella, The Heroic Slave,  his account of Madison Washington and the rebellion he led. Much of Washington’s life remain unknown. It is not known where he was born, where he lived nor what his wife’s name was. Douglass wrote his story from newspapers’ accounts of the rebellion, from stories he heard about Washington told by people who had met him, and from several incidents in his own life.

Washington’s rebellion is considered the most successful in United States history because it freed 128 Black men and women.

Source:
The Creole Mutiny: A Tale of Revolt Aboard a Slave Ship by George Hendrick

The Art of Lois Mailou Jones

Ten Powerful Quotes from Message to the Grassroots by Malcolm X

Wonderful web page designed to strengthen the minds of African people who are lost without being literary conscious.