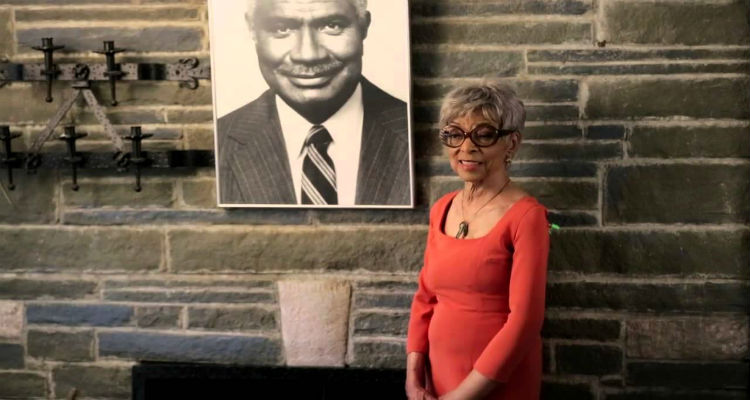 Born in Cleveland, Ohio, on October 27, 1922, Ruby Dee was a successful film and stage actress, playwright, screenwriter, activist, poet and journalist, perhaps best known for starring in the 1961 film A Raisin in the Sun. She earned eight Emmy nominations, winning one, and received a late-career Best Supporting Actress Oscar nomination for her role in the 2007 film American Gangster. Dee, and her husband, Ossie Davis, were also known for their activism in the Civil Rights Movement

Here are ten soulful quotes by Ruby Dee to inspire you.

“The greatest gift is not being afraid to question.”

“That’s what being young is all about. You have the courage and the daring to think that you can make a difference. You’re not prone to measure your energies in time.”

“God, make me so uncomfortable that I will do the very thing I fear.”

“You just try to do everything that comes up. Get up an hour earlier, stay up an hour later, make the time. Then you look back and say, ‘Well, that was a neat piece of juggling there — school, marriage, babies, career.’ The enthusiasms took me through the action, not the measuring of it or the reasonableness.”

“There was so much meanness in the atmosphere, … but marvelous things pierce through the darkness of poverty and racism. You meet all kinds of people that help put life in perspective and turn the horror into some kind of lesson or avenue of awakening that lives with you all your days.”

“The world has improved mostly because unorthodox people did unorthodox things. Not surprisingly, they had the courage and daring to think they could make a difference.”

“You meet all kinds of people that help put life in perspective and turn the horror into some kind of lesson or avenue of awakening that lives with you all your days.”

“A trustworthy marriage has weathered temptation and anger and jealousy, resentment, self-righteousness and a little bit of selfishness. When you get over and get through that, then maybe you can see the light to love.”