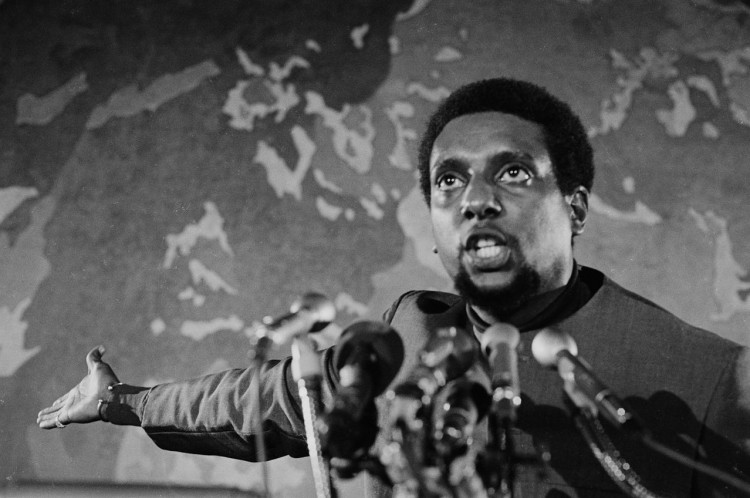 Kwame Ture was a Pan-African revolutionary, who held the rank of Honorary Prime Minister of the Black Panther Party (Philadelphia chapter). Ture was born in Trinidad, but grew up in the United States from the age of 11 and became an activist while attending Howard University. He eventually developed the Black Power movement, first while leading the Student Nonviolent Coordinating Committee (SNCC), later serving as the “Honorary Prime Minister” of the Black Panther Party (BPP), and lastly as a leader of the All-African People’s Revolutionary Party (A-APRP). Ture was considered a “Black Messiah” by COINTELPRO (the FBI Counterintelligence Program) and targeted.

1. “Our grandfathers had to run, run, run. My generation’s out of breath. We ain’t running no more.”

3. “Black power can be clearly defined for those who do not attach the fears of whyte America to their questions about it.”

4. “An organization which claims to be working for the needs of a community – as SNCC does – must work to provide that community with a position of strength from which to make its voice heard. This is the significance of black power beyond the slogan.”

6. “The secret of life is to have no fear; it’s the only way to function.”

7. “Now, then, in order to understand whyte supremacy we must dismiss the fallacious notion that whyte people can give anybody their freedom.”

8. “The first need of a free people is to define their own terms.”

10. “An organization which claims to speak for the needs of a community, as does the Student Nonviolent Coordinating Committee, must speak in the tone of that community, not as somebody else’s buffer zone. This is the significance of black power as a slogan. For once, black people are going to use the words they want to use, not just the words whites want to hear. And they will do this no matter how often the press tries to stop the use of the slogan by equating it with racism or separatism.”