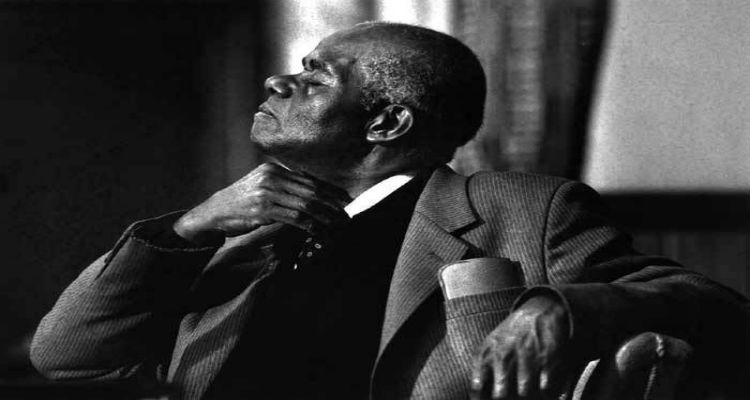 Dr. John Henrik Clarke was a Pan-Africanist scholar and historian and a pioneer in the creation of Africana studies, who became a professor emeritus at Hunter College without a high school diploma, or a Ph.D.

“History is a clock that people use to tell their political and cultural time of day. It is a compass they use to find themselves on the map of human geography. It tells them where they are but, more importantly, what they must be.”

“I only debate with my equal. All others I teach.”

“To be black and beautiful means nothing in this world unless we are black and powerful.”

“Powerful people cannot afford to educate the people that they oppress, because once you are truly educated, you will not ask for power. You will take it.”

“The first light of human consciousness and the world’s first civilizations were in Africa.”

“The African man is the greatest fighting machine God ever created.”

“Racists will always call you a racist when you identify their racism. To love yourself now – is a form of racism. We are the only people who are criticized for loving ourselves. And whyte people think when you love yourself you hate them. No, when I love myself they become irrelevant to me.”

“Egypt gave birth to what later would become known as ‘Western Civilization,’ long before the greatness of Greece and Rome.”

“The role of religions in the domination and destruction of African civilizations was ruthless… Islam was as guilty as all the rest.”

Please do not stop sharing your knowledge with the World. For it is truly needed.