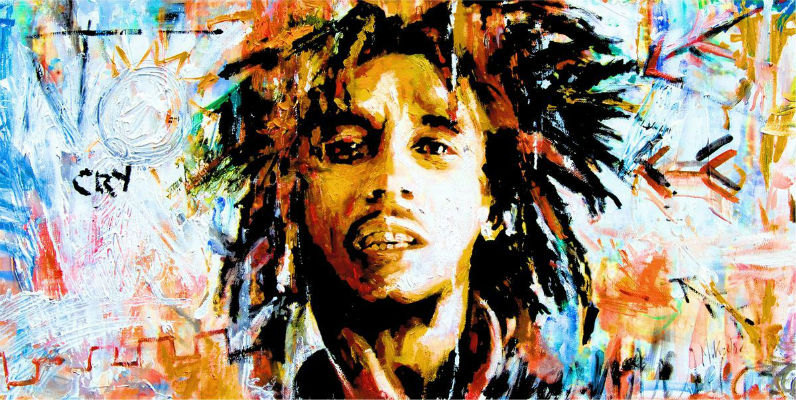 Robert Nesta Marley, OM (6 February 1945 – 11 May 1981) was a Jamaican singer, songwriter, and musician. Marley served as a world ambassador for reggae music and sold more than 20 million records throughout his career. He was posthumously inducted into the Rock and Roll Hall of Fame in 1994. In December 1999, his 1977 album, Exodus, was named “Album of the Century” by Time Magazine; and his song, One Love, was designated “Song of the Millennium” by the BBC.

Here are Ten Mystical Quotes by the Reggae Legend:

“Emancipate yourselves from mental slavery. None but ourselves can free our minds.”

“Better to die fighting for freedom then be a prisoner all the days of your life.”

“The greatness of a man is not in how much wealth he acquires, but in his integrity and his ability to affect those around him positively.”

“The truth is, everyone is going to hurt you. You just got to find the ones worth suffering for.”

“The winds that sometimes take something we love, are the same that bring us something we learn to love. Therefore we should not cry about something that was taken from us, but, yes, love what we have been given. Because what is really ours is never gone forever.”

“Some people feel the rain. Others just get wet.”

“The people who were trying to make this world worse are not taking the day off. Why should I?”

*Painting of Bob Marley by Michael Kozlov at http://www.timeart.co.uk/bob-marley-abstract,p/