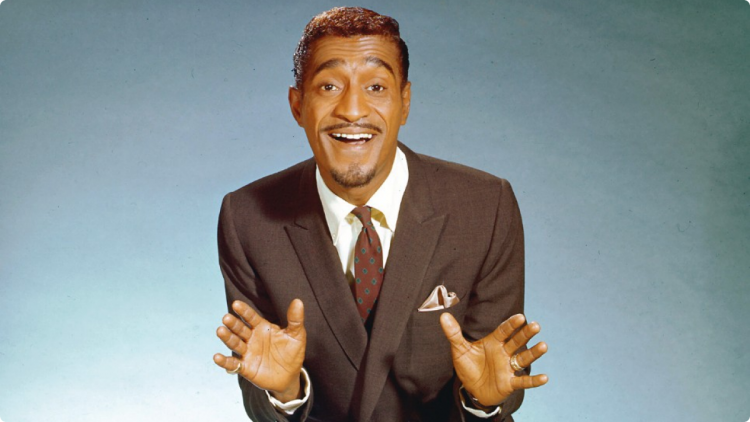 For a staggering 60 years, from his debut as a four year old child star in the late 1920’s to his untimely death in 1990 at the age of 64, Sammy Davis Jr. deservedly earned the title of ‘Mr Entertainment’. He was known as someone who could do it all–sing, dance, play instruments, act and do stand-up comedy. Davis’s long career in show business was even more remarkable because he managed to break color barriers in an era of segregation and racism. His many honors and awards—including a prestigious Kennedy Center medal for career achievement—serve as reflections of the affection his fans felt for him. 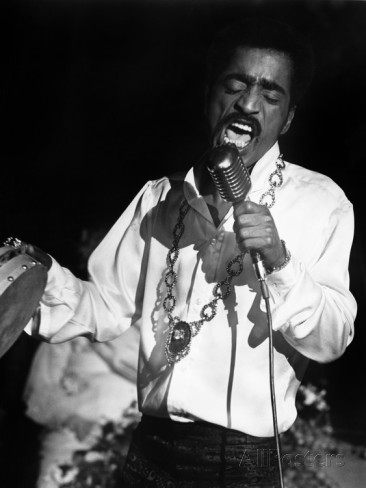 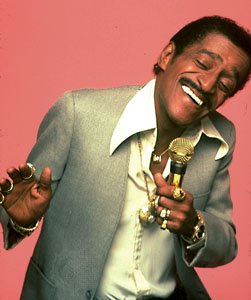 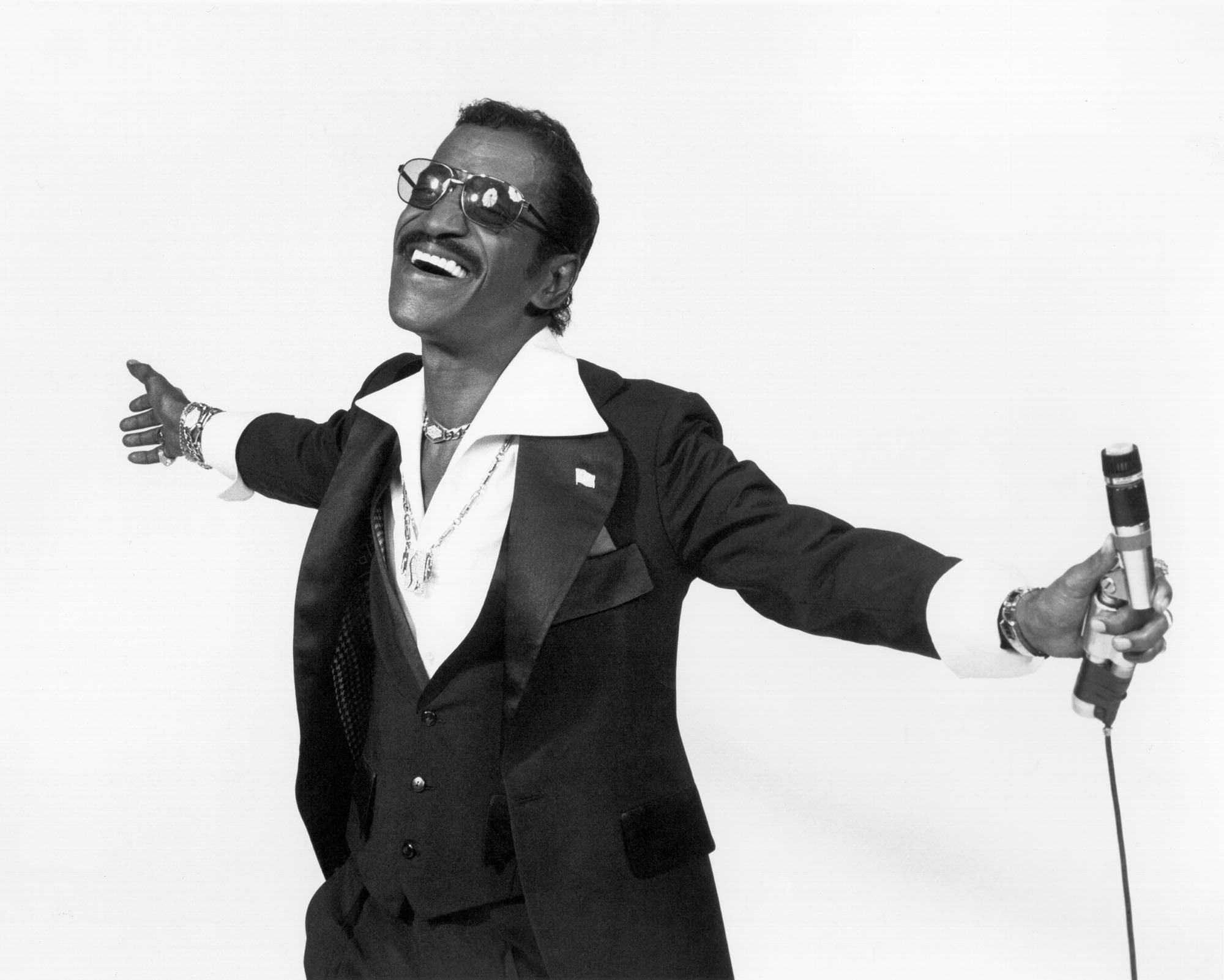 Born Samuel George “Sammy” Davis, Jr on December 8, 1925, he began performing almost as soon as he could walk. Both of his parents were vaudevillians who danced with the Will Mastin Troupe. In 1928, when he was only three, Davis joined the Mastin Troupe as its youngest member. He became a regular in 1930 and travelled with his father on the dwindling vaudeville circuit. The demanding schedule of train rides, practice, and performances left little time for formal education, and Davis was always just one step ahead of the truant officer. His unconventional childhood did provide him with important lessons, however. Young Sammy learned how to please an audience, how to tap dance like a master, and how to move people with a smile and a song.

The motion picture industry all but forced most vaudeville entertainers out of business. Few acts survived the competition from the silver screen. The Mastin Troupe felt the strain, dwindling gradually until it became a trio—Sammy Davis, Sr., Will Mastin, and Sammy Davis, Jr. By 1940 Sammy, Jr. had become the star attraction of the trio, with his father and friend providing soft shoe in the background. The act was popular enough to receive billings in larger clubs, and in that environment Davis met other performers such as Bill “Bojangles” Robinson, Frank Sinatra, and various big band leaders.

Davis was drafted into the United States Army when he turned eighteen and was sent to basic training in Cheyenne, Wyoming. The boot camp experience was devastating for Davis. Although he was befriended by a black sergeant who gave him reading lessons, he was mistreated relentlessly by the white troops with whom he had to share a barracks. Transferred to an entertainment regiment, Davis eventually found himself performing in front of some of the same soldiers who had painted “coon” on his forehead. He discovered that his energetic dancing and singing could “neutralize” the bigots and make them acknowledge his humanity. This era may have marked the beginning of Davis’s dogged pursuit of his audience’s love, a pursuit that would sometimes earn him scorn in years to come.

Davis went solo in 1950 after signing a recording contract with Decca Records. His first two albums, Starring Sammy Davis, Jr. and Just for Lovers, sold well. Soon Davis was a headliner (main performer) in Las Vegas and New York, as well as a guest star on numerous television shows.

A near fatal car crash in 1954 en route to Los Angeles recording session saw Davis lose his left eye, but a gruelling rehabilitation schedule left little time for self-pity; he was back on stage within weeks, wisecracking about his newly acquired eye patch. That spell in hospital coincided with a religious conversion to the Jewish faith which, while sincerely held for almost the rest of his life, provided the material for yet more self-mockery of the type that endeared him to an ever growing audience.

Although Davis made his debut in 1956s Mr Wonderful, Broadway would be an occasional, enjoyable distraction from the bulk of his career. He returned in 1964 as boxer Joe Wellington in a musical adaptation of Clifford Odet’s 1937 drama Golden Boy, both shows ran for over 400 performances. He also earned critical raves for his performance in the film  Porgy and Bess.  As a member of the high-profile “Rat Pack,” he associated with Frank Sinatra, Dean Martin (1917–1995), Peter Lawford (1923–1984), and Joey Bishop (1918–) at fashionable nightclubs in Las Vegas and Los Angeles, California.

In 1965 Davis starred in another Broadway play, Golden Boy, and in two movies, A Man Called Adam  and  Sweet Charity.  He also starred in two television shows during the same years, The Sammy Davis, Jr. Show and The Swinging World of Sammy Davis, Jr.
Davis’s “swinging world” had its dangers, however. Many people disapproved of his 1960 interracial marriage to Swedish actress Mai Britt. His “Rat Pack” habits of drinking and partying threatened his health. Further, heavy spending nearly bankrupted (lost all one’s money) him, even though he earned more than a million dollars a year.

Throughout the 1960s Davis had been a vocal supporter of the Black Power movement and other left-wing (liberal) causes. In the early 1970s he lost support of some liberals and members of the African American community when he embraced President Richard M. Nixon (1913–1994) and performed in Vietnam, which was the site of the Vietnam War (1955–75; a war between the communist forces of North Vietnam and United States-backed South Vietnam). By that time Davis had developed liver and kidney trouble and spent some months in the hospital early in 1974.

Davis recorded albums throughout his career and performed a number of signature songs. Chief among these were his tribute to Bill Robinson, “Mr. Bojangles,” the ballads “What Kind of Fool Am I” and “I’ve Gotta Be Me,” and his biggest hit, the upbeat “Candy Man.” Davis’s singing was like everything else in his performance—energetic, spirited, and played to maximum effect.

The last fifteen years of Davis’s life were conducted at the performer’s usual hectic pace. In 1978 he appeared in another Broadway musical, Stop the World—I Want To Get Off. He occasionally served as a stand-in host for the popular “Tonight Show,” and he returned to the casino stages. Even hip surgery failed to stop Davis from performing. His best-known act in the 1980s was a musical review with his friends Sinatra and Liza Minnelli (1946–), which played to sold-out crowds in the United States and Europe just a year before Davis’s death.

Doctors discovered a tumor in Davis’s throat in August of 1989. The performer underwent painful cancer treatment that at first seemed successful. Within a few months the cancer returned, however. Davis died on May 16, 1990, only eight weeks after his friends honored him with a television special.