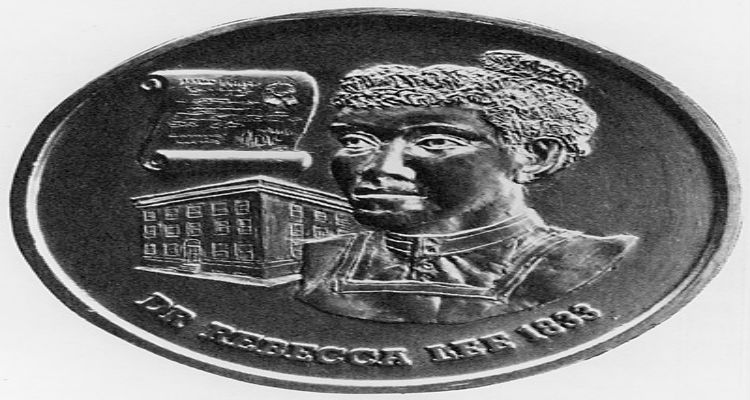 “I early conceived a liking for, and sought every opportunity to relieve the suffering of others.”

[dropcap size=small]R[/dropcap]ebecca Davis Lee Crumpler, was the first African-American woman to become a physician in the United States. Her publication of A Book of Medical Discourses in 1883 was also one of the first written by an African American about medicine.

Dr. Rebecca Davis Lee Crumpler was born free  on February 8, 1831 to Absolum and Matilda Davis in Delaware. She was raised by an aunt in Pennsylvania who is noted to have provided health care to her neighbors. In 1852 Crumpler was living in Charlestown, Massachusetts where she worked as a nurse for eight years. She enrolled in the New England Female Medical College in 1860 and completed the four-year medical program. This now defunct institution was the first of its kind to train women in the medical field. On March 11, 1864, she was awarded the Doctress of Medicine degree. That year she also married Arthur Crumpler. (Arthur had managed to escape bondage and made his way safely to Boston, arriving on 9 July 1862 via the “underground railway” before the outbreak of the Civil War. There he was taken in and befriended by the educator and philanthropist, Nathaniel Topliff Allen, who taught him to read. Allen was the founder of West Newton English and Classical School which Rebecca Crumpler attended.)

Dr. Crumpler first practiced medicine in Boston, primarily for poor women and children. She moved to Richmond, Virginia, after the Civil War ended in 1865 to work with the Freedmen’s Bureau providing health care and treatment to newly emancipated Blacks who had no medical provisions. Dr. Crumpler felt, Richmond would be “a proper field for real missionary work, and one that would present ample opportunities to become acquainted with the diseases of women and children. During my stay there nearly every hour was improved in that sphere of labor. The last quarter of the year 1866, I was enabled… to have access each day to a very large number of the indigent, and others of different classes, in a population of over 30,000 colored.”

Dr. Crumpler returned to Boston in 1869 where she practiced from her home and dispensed nutritional advice to poor women and children. She lived on Joy Street on Beacon Hill, then a mostly African American neighborhood. By 1880 she had moved to Hyde Park, Massachusetts, and was no longer in active practice. Dr. Crumpler’s interest in women and children led her to publish a two-part work of advice, A Book of Medical Discourses in 1883, which was based on journal notes she kept during her years of medical practice.

In her book, she gives a brief summary of her career path: “It may be well to state here that, having been reared by a kind aunt in Pennsylvania, whose usefulness with the sick was continually sought, I early conceived a liking for, and sought every opportunity to relieve the sufferings of others. Later in life I devoted my time, when best I could, to nursing as a business, serving under different doctors for a period of eight years (from 1852 to 1860); most of the time at my adopted home in Charlestown, Middlesex County, Massachusetts. From these doctors I received letters commending me to the faculty of the New England Female Medical College, whence, four years afterward, I received the degree of doctress of medicine.”

In honor of her pioneer work in the medical profession, the first medical society for Black women was founded and named the Rebecca Lee Society.

*Thanks to H. Lee Price who emailed me with information on Dr. Crumpler’s husband, which I’ve added to the post.

Love your website! Thanks for what you do. We applaud your depth of historical research. Your research is very inspirational to me in my research of history. Sincere blessings and thanks.