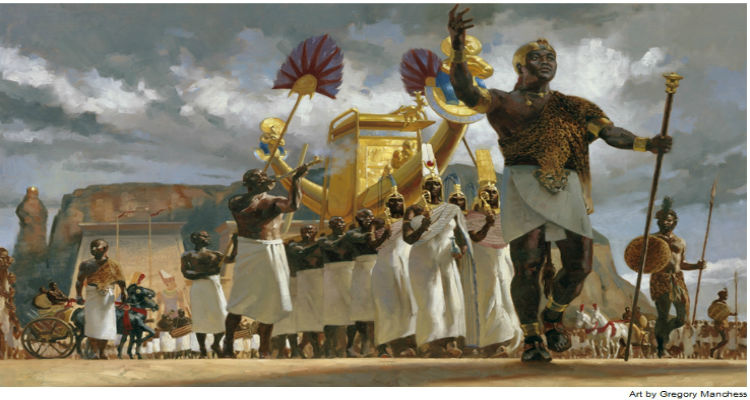 “Philosophers have long conceded that every man has two educations: “that which is given to him, and the other that which he gives himself. Of the two kinds the latter is by far the more desirable. Indeed all that is most worthy in man he must work out and conquer for himself. It is that which constitutes our real and best nourishment. What we are merely taught seldom nourishes the mind like that which we teach ourselves.” Carter G. Woodson

As another Black History Month has closed and many of the activities and celebrations have ended, it is becoming increasingly clear that more vigilance will be required in order to ensure that Black History serves the needs of Black people.

The danger of Black History Month, Kwanzaa and Black Studies programs being accepted and assimilated into mainstream culture is that we may be lulled back into unconsciousness. The government, corporate and media endorsement of Black History can lead to complacency on our part as the dissemination of Black history is put in the hands of the dominant society whose interests are their own and not ours.

Take for instance, the February 2008, National Geographic magazine article on the Black Pharaohs. Beautifully illustrated and photographed, on the surface it appeared to be a progressive homage to Black history from an internationally recognized and respected magazine. However, the article demonstrates why Black people must at all cost protect and write our own history. 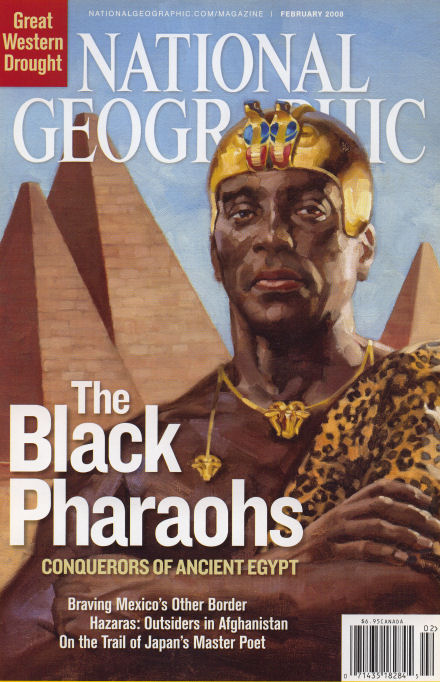 Anthony Browder brilliantly challenges the article by pointing out 3 glaring falsehoods in his essay Lies That Won’t Go Away:

Falsehood #1
“Piye was the first of the so-called black pharaohs—a series of Nubian kings who ruled over all of Egypt for three-quarters of a century as that country’s 25th dynasty.”

Browder writes: “This statement is false, not because Piye wasn’t the first of a series of Nubian kings who ruled Egypt for 75 years but because Piye was not the first black pharaoh. The title of the article, “The Black Pharaohs: Conquerors of Ancient Egypt” is deceptive because it implies that “Black Pharaohs” conquered an Egypt which had previously been ruled by “non-black” Pharaohs.”

Falsehood #2
“Only after the European powers colonized Africa in the 19th century did Western scholars pay attention to the color of the Nubians’ skin, to uncharitable effect.”

Racism has infected the research of Western Egyptologists from the beginning. From Prussian archeologist Richard Lepsius, who coined the term The Book of the Dead, to Harvard Egyptologist George Reisner and noted Egyptologist James Breasted, whose racist opinions referred to Egyptians as: “…members of a race of white men, who have been well called the Great White Race.” Browder writes that the author of the article, “… does not acknowledge the numerous examples of racist scholarship which exists today, nor does he discuss the impact of racism on generations of teachers, students and the general public.”

Falsehood #3
Afrocentric Egyptologists… argue that all ancient Egyptians, from King Tut to Cleopatra, were black Africans…(and that) King Tut’s own grandmother, the 18th-dynasty Queen Tiye, is claimed by some to be of Nubian heritage).

Browder states: “What good Mr. Draper might have accomplished in his article was undone in the above comments. It appears that he is equating the racism of white Egyptologists with the so-called “faulty” logic of Afrocentric Egyptologists. History is replete with numerous examples of whites attempting to discredit any African American or African American movement which sought freedom from the clutches of institutional racism.”

By inserting that seed of doubt and criticism within an article that is supposed to be celebrating Black History is problematic to say the least. Now is the time to remember the great words and scholarship of our great thinkers such as Cheikh Anta Diop who stated:

“The history of Africa will remain suspended in air and cannot be written correctly until African historians connect it with the history of Egypt.”

However, the dominant society is ever learning how to improve its methods of control and suppression of its former slaves and this they have done through a careful study of the causes of discontent that led to the emergence of the Black Power Movement and a growing interest in Black history. A movement seen as one of the, if not the, #1 threat to U.S. national security in the 1960s.

After several cities erupted into violent protests and uprisings, President Lyndon B. Johnson PUBLICLY established the Kerner Commision in 1968 to study the causes of the so-called riots. At approximately the same time the F.B.I. COVERTLY established the notorious COINTELPRO whose #1 goal was to:

Among the Kerner Commissions many recommendations, assimilating Blacks into the mainstream media was one of them:

“The news media must publish newspapers and produce programs that recognize the existence and activities of the Negro, both as a Negro and as part of the community. It would be a contribution of inestimable importance to race relations in the United States simply to treat ordinary news about Negroes as news of other groups is now treated.”

Two different approaches, however both designed to neutralize any feelings of anger and militancy among the masses.

The rationale went something like this: Instead of depriving or hiding Black History from the people, why not fund and sponsor Black History programs and Black scholars as long as they serve the greater interests of the dominant society?

Now we see well paid Black scholars with nationally broadcast programs on Black History that indict Black people as equally responsible for the Maafa. These same scholars will now publicly attack other Black scholars. We see the government choosing specific Black Heroes for stamps and holidays.

We see the conversation of slavery being moved from reparations and criminal behaviour to now being reframed as a human issue that happened everywhere and amongst all people. Anger against whites is being diffused with “well, Black people sold each other into slavery too”. We see the movie 12 Years a Slave being introduced as mandatory viewing in U.S. High Schools. Not surprisingly, this is initiative is being led by a Black face, Montel Williams. Again, what appears to be a progressive move toward the acceptance of Black History is another way to CONTROL the information and context of Black history to suit the interests of white society and not us.

The good news is that Black people today have access to the resources and tools to disseminate our history directly to our people. It is critical we give up the idea that success comes only when we are accepted by the dominant white society, rather success must be determined when our people can learn and benefit from a proper knowledge of our history to advance us into the 2nd decade of the 21st century and beyond.

As Dr. Runoko Rashidi shared with Kentake Page in an exclusive interview:

“Whose responsibility is it for us to know and teach our history? That’s our responsibility. I think we have to break out of that mentality where we expect the same people and the descendants of those who enslaved and colonized us to write our story for us. That just doesn’t make any sense at all.”