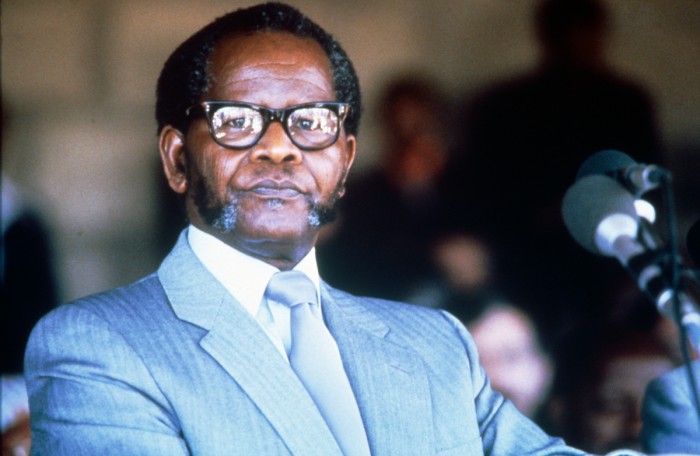 Oliver Reginald Tambo was, as acting president of the African National Congress (ANC), a principal spokesman for the Black African opposition to apartheid in South Africa. He remained active in the ANC, ultimately living to witness the political end of apartheid in the early 1990s.

Tambo was born in the village of Kantolo, about 20 km from Bizana, in Pondoland, on 27 October 1917. His mother, Julia, was the third wife of Mzimeni Tambo, son of a farmer and assistant salesman at a local trading store. As a child Oliver was christened Kaizana, after Kaizer Wilhelm of Germany, who’s forces fought the British during World War 1. This was his father’s way of showing his political awareness and his opposition to the British colonisation of Pondoland in 1878. His name was changed to Oliver when he went to school and was required to have an English name. 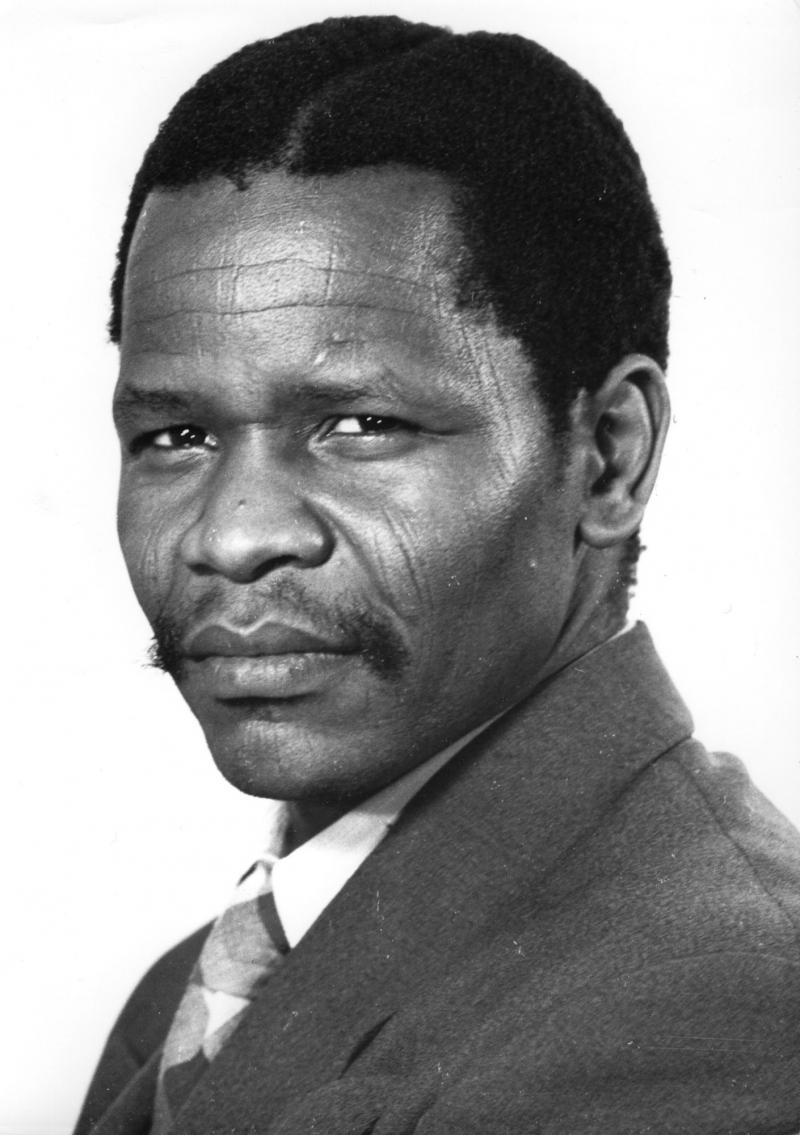 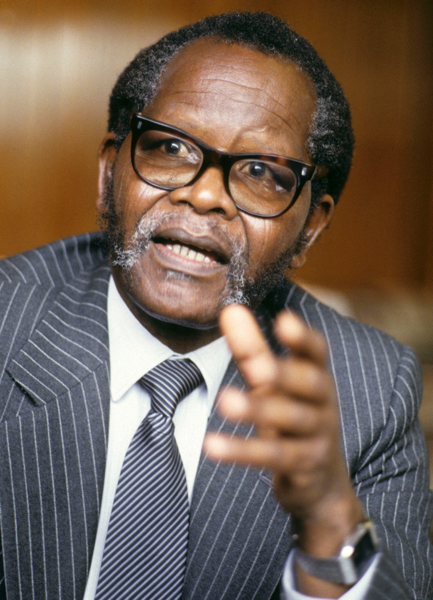 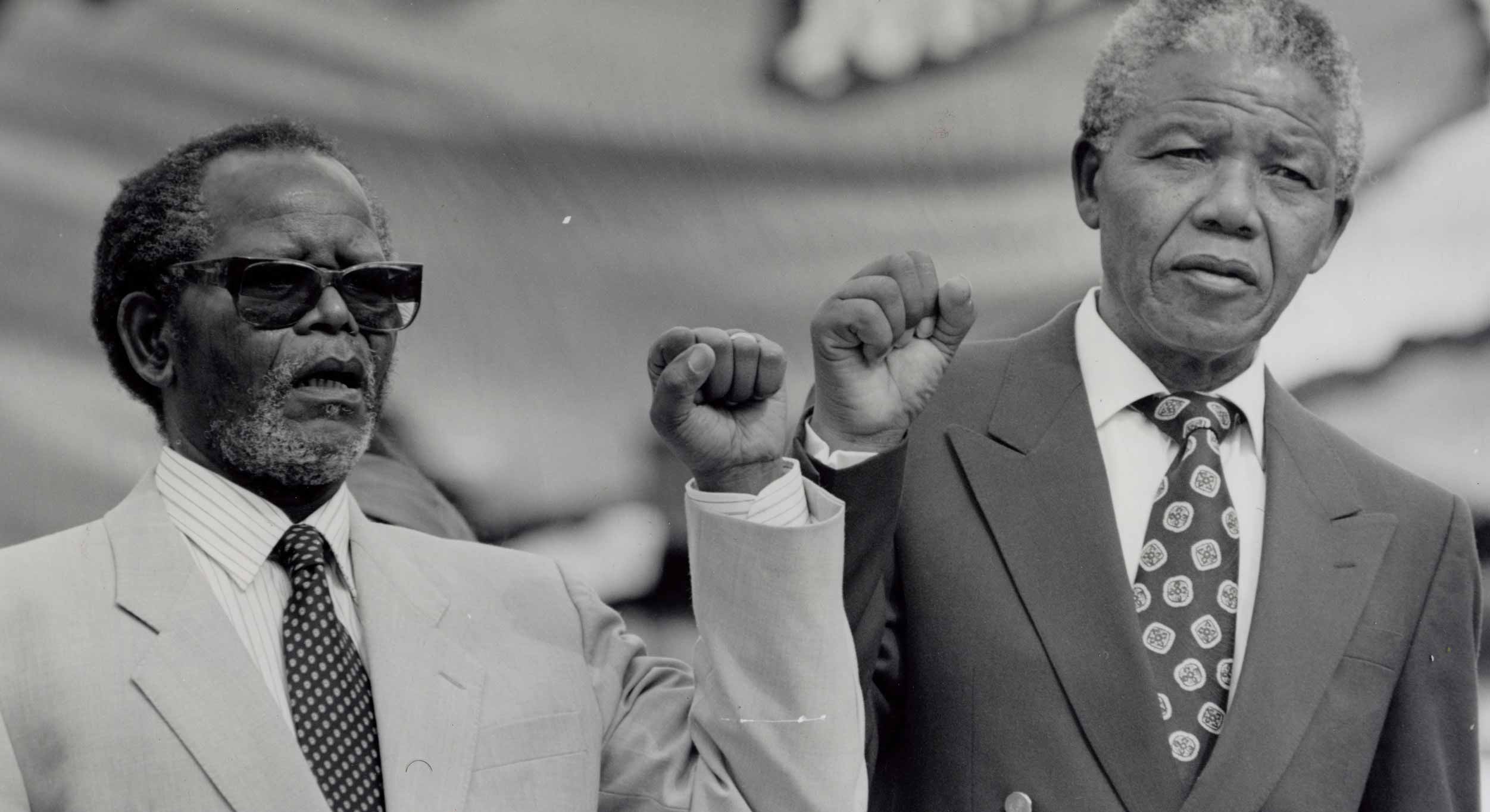 Oliver came from a stable, extended family consisting of his paternal grandparents, their three sons, spouses and grandchildren. Oliver’s father had four wives and ten children and, although illiterate, was comfortably off. Mzimeni Tambo was a traditionalist, but also saw the importance of Western education and Oliver was sent to school, a place he soon became to dread as a result of a strict teacher. His father, intent on providing his children with a good education, moved them to different schools several times. As Oliver grew older he developed a desire to leave home and gain wider experience elsewhere.

“My age group, some of them, had left their homes, crossed the Umtamvuna and went to Natal to work – some in the plantations. And some were coming back, big stout chaps already. They were young men, and I was still going to this school. So I began to think in terms of leaving, escaping to go to work there as a garden boy or even in the sugar plantations. I would work there and bring back money to my parents – that’s what everyone else was doing”.

Soon afterwards Tambo was given the opportunity to leave home by a family friend by enrolling at the Holy Cross missionary school at Flagstaff in the Eastern Cape. His father could not afford his fees, but Oliver displayed such enthusiasm that the school found sponsorship for him through two English sisters, who sent the sum of £10 every year to cover his costs. One of his older brothers, who was working as a migrant labourer in KwaZulu Natal, also sent a part of his wages to cover any additional costs.

Oliver excelled at his studies and after five years at the Holy Cross he was accepted at St Peter’s, a well-known school for Black children in Johannesburg, where he completed his matric. For the first time he was exposed to youngsters of other traditional African cultures, as well as to institutionalised segregation and racism. When he was 16 Oliver’s parents passed away within a year of each other and he was orphaned. During this time all scholars in the Transvaal wrote the same matric exams and Tambo achieved an excellent pass. The African press reported upon his achievement with pride and noted that he was from the Transkei. This resulted in the Eastern Cape assembly of chiefs, the Bhunga, granting him a bursary of £30 a year to further his education at Fort Hare University.

Tambo initially decided to study medicine, but at the time no tertiary medical school would accept Black students. He opted for a course in the sciences and three years later graduated with a B.Sc. degree in mathematics and physics. He also enrolled for a diploma in higher education. After being elected as Chairperson of the Students’ Representative Council of his residence, the Anglican Beda Hall, he organised a student protest and was expelled from Fort Hare. He went back to his home in Kantolo to look for employment in order to support the younger members of his family and was offered a position as Master in Mathematics at his alma mater, St Peter’s.

At that time Johannesburg was an exciting melting pot of cultures for young, upcoming Africans. Tambo soon became involved with Walter Sisulu, an estate agent who’s office was used as a regular gathering place by young intellectuals. Here he met other likeminded young people like Anton Lembede, Jordan Ngubane and Nelson Mandela, a fellow student from Fort Hare. The group regularly visited the house of Dr Xuma, a medical doctor who was also the President of the African National Congress (ANC). Here they formulated a plan to revive the ANC and make it more accessible to ordinary people.

In 1952 Tambo courted imprisonment by deliberately breaking apartheid laws during the ANC’s Campaign of Defiance. During the mass trials that followed in 1955, Sisulu was banned under the Suppression of Communism Act, and Oliver Tambo took over as Secretary General of the ANC. The ANC called a Congress of the People in June 1955 and Tambo, along with 156 others, was arrested and accused of treason. In 1956, while on bail, he married Adelaide Tshukudu. In 1959 Tambo was served with a five-year banning order.
Under instruction of the ANC Executive, Tambo left South Africa to set up a Mission in Exile. Tambo established ANC missions in Egypt, Ghana, Morocco and London and ultimately, under his stewardship, the ANC acquired missions in 27 countries. In 1961 the ANC adopted the armed struggle as part of its strategy and Tambo secured the co-operation of many African governments in providing camps and training facilities.

After the death of the ANC President Albert Luthuli in 1967, Oliver Tambo was appointed firstly as Acting President and two years later as President of the ANC. Tambo was active in the 1970s in promoting the cause of the ANC worldwide, including an address to the United Nations.
In 1985 Tambo was re-elected President of the ANC and also served as head of Umkhonto we Sizwe, the armed wing of the movement. Tambo played a major role in the growth and development of the ANC, transforming it into a radical national liberation movement.

With the unbanning of the ANC in 1991 and the release from prison of his long time friend and colleague, Nelson Mandela, Oliver Tambo returned to South Africa after three decades in exile. He was elected National Chairperson of the ANC.

Tambo has been described as the glue that held the anti-apartheid movement together. He was a patient listener with a razor-sharp intellect who worked to reach decisions through consensus. During his 30 years working in foreign countries he was a relentless lobbyist who brought the plight of black South Africans under the apartheid regime to world attention.