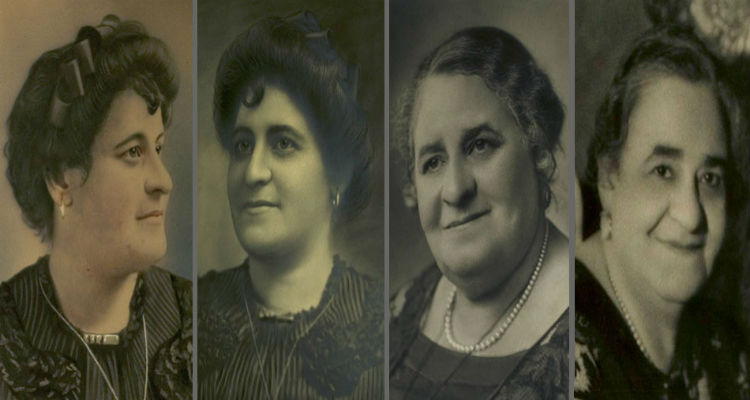 In 1903, Maggie Lena Walker became the first woman bank president in the United States when she founded the Saint Luke Penny Savings Bank in Richmond, Virginia. A daughter of a formerly enslaved washerwoman, she became one of the wealthiest and most influential women of the early twentieth century. She once said that she was “not born with a silver spoon in my mouth, but instead with a laundry basket almost upon my head.” As a businesswoman, she achieved success with the vision to make tangible improvements in the way of life for African Americans and women. Walker urged Blacks to save their nickel and dimes, turning them into dollars and to finance their own homes since whyte-owned banks would not do so. An ardent feminist she urged women to improve themselves educationally and economically. Her spacious home in Richmond has been declared a National Historic Landmark.

Maggie Lena Walker was born Maggie Lena Draper on July 15, 1864, in Richmond Virginia. Her mother, Elizabeth Draper, worked for many years as a laundress and may have been enslaved when her daughter was born. Her father was an Irish journalist. The two were never married, and shortly after Maggie’s birth, Elizabeth married William Mitchell, the butler of the estate. In 1870, the Mitchells had a child, Maggie’s half-brother Johnnie.

Soon thereafter, William obtained a job as the headwaiter at the St. Charles Hotel in Richmond, and the family moved away from the estate and into a small house of their own. Tragedy struck, however, when in 1876 William was found drowned in the river. His death was ruled a suicide by police, though Elizabeth maintained that he had been murdered. William’s death left Elizabeth and her children in poverty. To make ends meet, Elizabeth began a laundry business, with which Maggie assisted by delivering clean laundry to their whyte patrons.

When Walker graduated in 1883, she was among ten students in her class who gained national fame in their unsuccessful protest demanding use of Richmond’s public facilities for their graduation ceremonies. After graduation, Walker taught school for a time and continued her own education by taking classes in accounting. In 1886 she married Armstead Walker Jr., a successful bricklayer and contractor. They had three sons, one of whom died in infancy. They also adopted a niece.

In 1895, Walker, who had been rising quickly through the ranks of the Order, became grand deputy matron. When Maggie Walker assumed control of the Order of St. Luke, the organization was on the verge of bankruptcy. The organization had about $32 in assets and $400 in debt. Under Walker’s leadership, the group began printing a newspaper, the St. Luke Herald, in 1902. In 1903 they opened a three-story brick building that housed the St. Luke’s headquarters, a print shop, and a lecture hall and meeting space that could be used by the public. Most notable, under Walker’s leadership, the organization founded the St. Luke Penny Savings Bank on November 2, 1903, and she became the first African American female bank president in the nation. In the spring of 1905, she opened the St. Luke Emporium, a department store, which moved in November to 112 Broad Street. She also established a youth arm of the order to inspire social consciousness in young African Americans.

During Walker’s thirty-five-year tenure, the Independent Order of St. Luke’s membership grew to more than 100,000, including more than 20,000 children, in twenty-three states, with a strong presence in Washington, D.C., Baltimore, Philadelphia, and New York. Walker’s leadership and success catapulted her to national fame. By 1912, she had become a member of the National Association of Colored Women and she founded the state federation called the Council of Colored Women. She helped the group to purchase a headquarters on Clay Street. She was also involved in the Negro Organization Society, the Community House for Colored People, the Urban League, and the Virginia Interracial Commission.

In the midst of all of these accomplishments, however, tragedy visited Maggie Walker once more: In 1915, Russell Walker, mistaking his father for an intruder, shot and killed him as he was returning home one night. Russell was tried for murder, but was found innocent. Also around this time, Maggie Walker developed diabetes. Yet this did not deter her in her work.

She managed to keep the bank alive during the Great Depression, despite the fact that many were failing, by merging it with two other banks in 1929, to become Consolidated Bank and Trust.

For the last few years of her life, Maggie Walker was confined to a wheelchair. She eventually succumbed to diabetic gangrene on December 15, 1934.

Walker’s former home at 110 ½ East Leigh Street was designated a National Historic Landmark in 1975 and is maintained by the National Park Service. She was buried in Evergreen Cemetery in Richmond.