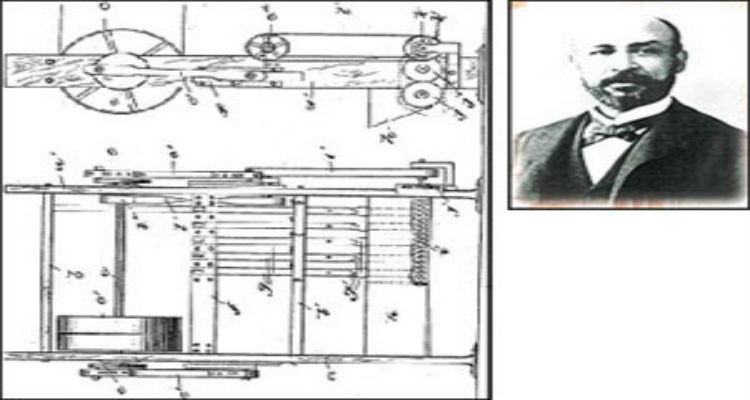 Joseph Lee was an African American restaurateur and caterer who invented the use of breadcrumbs and the automatic bread maker.

Joseph Lee was born on July 19, 1849, in Boston, Massachusetts. As a boy, he worked at a bakery and soon began preparing, cooking, and serving food. He eventually opened two successful restaurants in the Boston area. In the late 1890s, Lee owned and managed the Woodland Park Hotel in Newton, MA, for 17 years. In 1902, he opened a catering business called the Lee Catering Company that served the wealthy citizen of Boylston Street in the Back Bay. He continued to expand his businesses and started operating the Squantum Inn also.

With the catering business being a great success, Lee began to realize that there was a lot of waste in the catering business, namely bread, which would have to be thrown out if it was as much as a day old. He decided that instead of simply throwing stale bread away, he would use it to make breadcrumbs. He thus set out to invent a device that could mechanize tearing, crumbling, and grinding bread into crumbs. He was finally successful and patented the invention on June 4, 1895. He used the breadcrumbs for various dishes, including croquettes, batter for cakes, fried chops, and fish. He soon sold the rights to his bread-crumbling machine and it was not long before the Royal Worcester Bread Crumb Company of Boston had the devices in major restaurants around the world.

The next invention for Lee was an automatic bread maker. This machine would mix the ingredients and knead the dough, saving much time and allowing much more bread to be made. The bread maker was able to do the job of 5 or 6 men, and do it cheaper and more hygienically. By the 1950s nearly all major bread manufacturers had these machines. Eventually, in 1986, a Japanese company manufactured the first one-loaf bread machine, for home use. Modern bread machines are made by many manufacturers for home use now, but all can trace their history back to Joseph Lee in the late 1800s, as they all incorporate a miniaturized design of his automation machines.

Joseph Lee died in 1905 and is an honored pioneer in the food preparation industry.

I am 72 years old. Unfortunately during the time I attended the segregated schools of the south, Black history was totally omitted from our text books. Blacks during that time were only portrayed as slaves or in some negative connotation. Thank you very much for sharing the fact about our culture.