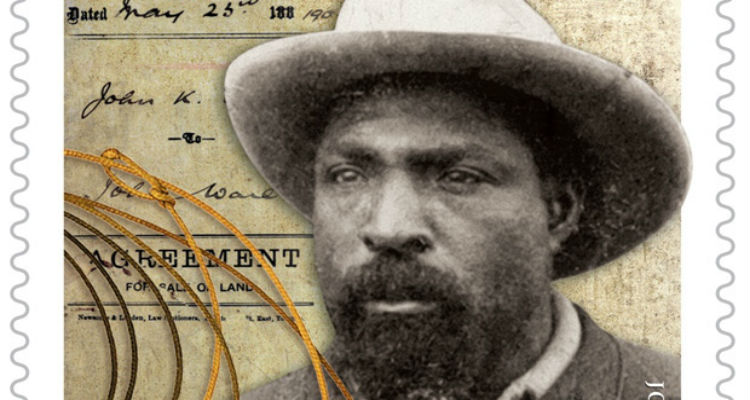 John Ware lived in what we may consider the golden age of the ranching frontier and achieved heroic status for his impressive physical strength, remarkable horsemanship, good nature and courage.

Ware was born enslaved on a cotton plantation and apparently grew up on a small ranch in northern Texas, although the historical record of his life is far from clear. He gained his freedom at the close of the American Civil War (1865) and drifted west, eventually finding work on a ranch near Fort Worth, Texas.

In the spring of 1882 he met Tom Lynch in southern Idaho. Lynch had come from Canada to purchase a foundation herd for Sir Hugh Allan’s North-West Cattle Company (commonly known as the Bar U). Having obtained more than 3,000 head, Lynch was looking for experienced cowhands and he hired Ware to help take the great herd northward to its new range in the Rocky Mountain foothills. The drive began in May, and in September Ware arrived with the herd at the ranch, in the District of Alberta west of the High River area.

In late May 1885 a hundred riders accompanied by five hundred horses and fifteen chuck-wagons moved out of Fort Macleod on the last of the big spring round-ups to comb the entire foothills country from the Montana boundary north to Calgary. Ware was there to represent the Quorn, and the Macleod Gazette observed: “John is not only one of the best natured and most obliging fellows in the country, but he is one of the shrewdest cow men, and the man is considered pretty lucky who has him to look after his interest. The horse is not running on the prairie which John cannot ride.” Also on the 1885 round-up was Edward J. F. Hills, a recently arrived English gentleman and novice cowboy. In letters home Hills wrote of Ware’s reputation as “the best rough-rider in the North-West,” of the “rough” Montana cowboys, and of Ware’s personal kindness in helping him master range-land skills. 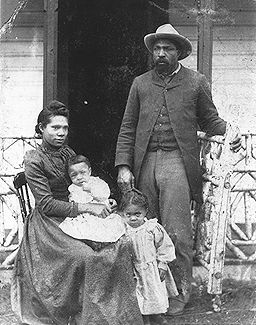 Before the round-up began, Ware registered his own brand, which was known as the four nines (9999) or walking-stick brand. In 1898 he re-registered it as three nines. He started his own ranch in the foothills in 1890 and in 1892 married Mildred Lewis, who had come to Calgary with her family from Ontario. In the face of increasing settlement in 1900, Ware moved to a new ranch site along the Red Deer River east of Brooks. His home was destroyed by the spring flood of 1902. Ware re-constructed the cabin for his wife and five children (a sixth child had died in infancy) on higher ground overlooking a stream, which is now called Ware Creek.

The family did not occupy the new home for long. In April 1905, Mildred died of pneumonia and typhoid. The following September, Ware was killed when his horse tripped in a badger hole and fell on him. His funeral in Calgary was attended by ranchers from around the region; John Ware was mourned by the ranching community as one of its most respected members.