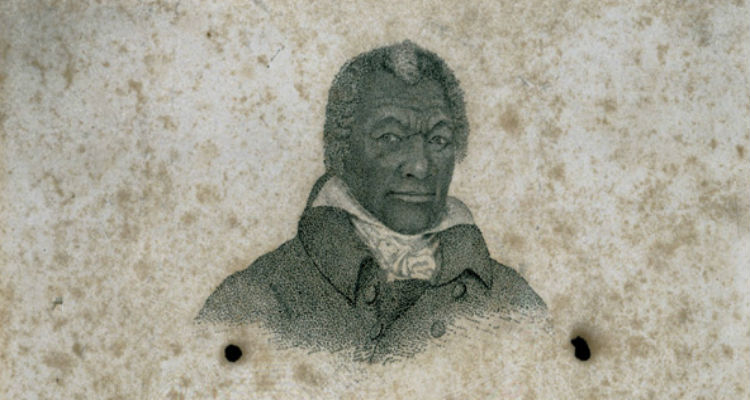 James Armistead [Lafayette], an enslaved African American, was the most important revolutionary war spy during the American Revolution. 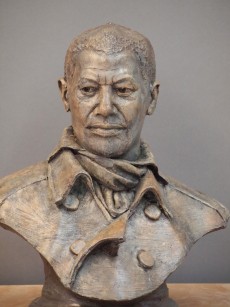 Born into the Maafa (slavery) around December 10, 1748, in New Kent, Virginia, James Armistead volunteered to join the U.S. Army in order to fight for the American Revolution. After gaining the consent of his enslaver, Armistead was stationed to serve under the Marquis de Lafayette, the commander of French forces allied with the American Continental Army.  His forces diminished by British Gen. Charles Cornwallis’ troops, Lafayette needed reliable information about enemy movements, and so employed Armistead as a spy.  Armistead was just one of many African-Americans, both free and enslaved who were being used by the British and the Americans to gain intelligence against each other. Armistead, however, was used by both sides, making him a double-agent.

Armistead began his work posing as an escaped fugitive and successfully infiltrated British General Charles Cornwallis’s headquarters. He was also recruited by the British as a spy (he gave them false data). While pretending to be a British spy, Armistead gained the confidence of General Benedict Arnold and General Cornwallis. Arnold was so convinced of Armistead’s pose as a runaway that he used him to guide British troops through local roads. As a double-agent, Armistead was able to travel freely between both sides, spying on British officers, who spoke openly about their strategies in front of him. Armistead documented this information in written reports, delivered them to other American spies, and then return to General Cornwallis’s camp.

Lafayette sent several spies to infiltrate Cornwallis’s camp, yet none proved able to produce valuable information for him until he received Armistead’s reports dated July 31, 1781.  Armistead had learned that the British naval fleet was moving 10,000 troops to Yorktown, Va., making it a central post for their operation. The information in these reports helped Lafayette trap the British at Hampton. Later that summer Armistead’s reports helped the Americans win the battle at Yorktown, prompting the British to surrender.

It is now recognised that Armistead’s role was critical to the American victory. If he had not given the information that he provided at the strategic times he did, they would not have had the intelligence to create the blockade that ended the war.

After the Revolution, Lafayette praised Armistead for his dedication and instrumental role in the surrender at Yorktown.  Armistead returned to William Armistead after the war to continue his life as a slave, as he was not eligible for emancipation under the Act of 1783 for enslaved-soldiers (he was considered an enslaved-spy).

In 1784, Lafayette found Armistead in Virginia and was disappointed to find he was still enslaved.  Lafayette wrote a testimonial on Armistead’s behalf and two years later the Virginia General Assembly emancipated him. It was at this time that Armistead made “Lafayette” his last name, in honor of the General.

After receiving his freedom, he moved nine miles south of New Kent County in Virginia, bought forty acres of land and began farming. Armistead married, raised a large family and was granted $40 a year by the Virginia legislature as pension for his services during the American Revolution.

James Armistead Lafayette died in 1832 at the age of 72 in Virginia.

*Photo credit: UGA faculty member Kinzey Branham sculpted a bust, above, of James Armistead Lafayette that honors American patriots who fought in the Revolutionary War. The bust is part of a three-piece granite and bronze monument. The monument also tells the story of Wilkes County slave Austin Dabney and honors the estimated 5,000 to 8,000 African-American soldiers who served in the Revolutionary War