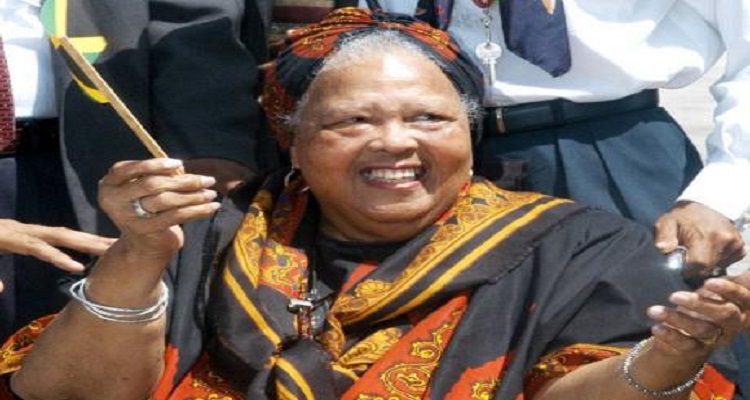 Louise Simone Bennett-Coverley or “Miss Lou” was a Jamaican poet, folklorist, writer, activist, radio and television personality and educator. Writing and performing her poems in Jamaican Patois, she was instrumental in having this “dialect” of the people given literary recognition in its own right (“nation language”). She remains a household name in Jamaica, “mother of Jamaican culture”; a cultural icon. She is located at the heart of the Jamaican poetic tradition, and has influenced other popular Caribbean poets, including Mutabaruka, Linton Kwesi Johnson, and Paul Keens-Douglas.

Louise Bennett was born in Kingston, Jamaica, 7 September 1919, and attended Ebenezer and Calabar Elementary Schools, St. Simon’s College, Excelsior College, St. George’s College Sixth Form Program and Friends College (Highgate, St Mary). From the 1930s she wrote and recited dialect poems, and in 1942 she published Dialect Verses, her first poetry collection. On a British Council scholarship she attended the Royal Academy of Dramatic Art, where she studied in the late 1940s. After graduating, she hosted the BBC radio shows Caribbean Carnival and West Indian Night; and worked with repertory companies in Coventry, Huddersfield and Amersham, as well as in intimate revues all over England.

On her return to Jamaica she taught folklore and drama to youth and adult groups both in social welfare agencies and for the University of the West Indies Extra Mural Department and served from 1959–1963 as director of the Jamaican Social Welfare Commission.

Miss Lou was a good resident artiste and a teacher from 1945 to 1946 with the “Caribbean Carnival”. She appeared in leading humorous roles in several Jamaican pantomimes and television shows. She travelled throughout the world promoting the culture of Jamaica through lectures and performances. Although her popularity was international, she enjoyed celebrity status in her native Jamaica, Canada and the United Kingdom. Her poetry has been published several times, most notably the volumes Jamaica Labrish (1966), Anancy and Miss Lou (1979).

Her most influential recording of Jamaican Folk Songs is probably her 1954 rendition of the Jamaican traditional song “Day Dah Light”, which was recorded by Harry Belafonte as “Day-O”, also known as the “Banana Boat Song”, in 1955 on a Tony Scott arrangement with additional lyrics. Belafonte based his version on Bennett’s recording. The Louise Bennett version of “Day O” is available and documented in both French and English on the Jamaica – Mento 1951-1958 album. Belafonte’s famous version was one of the 1950s’ biggest hit records, leading to the very first gold record.

She wrote her poems in the language of the people known as Jamaican Patois and helped to put this language on the map and to have it recognized as a language (“nation language”) in its own right, thus influencing many other poets.

Louise Bennett married Eric Winston Coverley on 30 May 1954 and has one adopted son, Fabian Coverley. She died 26 July 2006 in Toronto, Ontario, Canada, where she had resided for the last decade of her life. “Louise Bennett-Coverley, 1919-2006”.

In 1960, Louise Bennett was made a Member of the Most Excellent Order of the British Empire for her work in Jamaican literature and theatre. In 1974, she was appointed to the Order of Jamaica.. The Jamaican government also appointed her Cultural Ambassador at Large for Jamaica. Among numerous other awards, she received the Institute of Jamaica’s Musgrave Silver and Gold Medals for eminence in the field of Arts and Culture, the Norman Manley Award for Excellence (in the field of Arts), an Honorary Doctorate of Letters from the University of the West Indies (1983), an Honorary Doctorate of Letters from York University, Toronto.

Louise Bennett’s poem “Colonization in Reverse” (1966) provides a historical context for many minorities living in the UK in post-colonial times. Her portrayal of the Jamaican experience of dislocation and racial inequality parallels that of South Asian people living in London. Additionally, in both cases issues of cultural specificity and identity are salient. Both Jamaican and South Asian people shared a similar experience in their move to England for employment and a better life while also implying the complexities of assimilation and dual identity. Bennett pinpoints her concept of cultural disloyalty when she writes about Jamaicans on their quest for better job opportunities: “Dem a pour out a Jamaica/ Everybody future plan/ Is to get a big-time job/ An settle in de mother lan.”[4] Her reference to the “mother lan” here has an irony to it in that she is applying that England is the new mother land as opposed to Jamaica. By her referring to England in this way it implies that her fellow Jamaicans are assimilating to England’s culture and leaving behind Jamaica, or the “mother lan.”

COLONIZATION IN REVERSE
By Louise Bennett

Be the hundred, be de tousan
Fro country and from town,
By de ship-load, be the plane load
Jamaica is Englan boun.

Dem pour out a Jamaica,
Everybody future plan
Is fe get a big-time job
An settle in de mother lan.

What an islan! What a people!
Man an woman, old an young
Jus a pack dem bag an baggage
An turn history upside dung!

Some people doan like travel,
But fe show dem loyalty
Dem all a open up cheap-fare-
To-England agency.

An week by week dem shipping off
Dem countryman like fire,
Fe immigrate an populate
De seat a de Empire.

me say Jane will never fine work
At de rate how she dah look,
For all day she stay popn Aunt Fan couch
An read love-story book.

Wat a devilment a Englan!
Dem face war an brave de worse,
But me wondering how dem gwine stan
Colonizin in reverse.

On Jamaica’s Independence Day in 2001, the Honourable Mrs. Louise Bennett-Coverley was appointed as a Member of the Jamaican Order of Merit for her invaluable and distinguished contribution to the development of the Arts and Culture. In honour of Miss Lou and her achievements, Harbourfront Centre, a non-profit cultural organisation in Toronto, Canada, named a venue after her as Miss Lou’s Room.

In 2015, Miss Lou: Louise Bennett and Jamaican Culture, a book by Mervyn Morris, was published