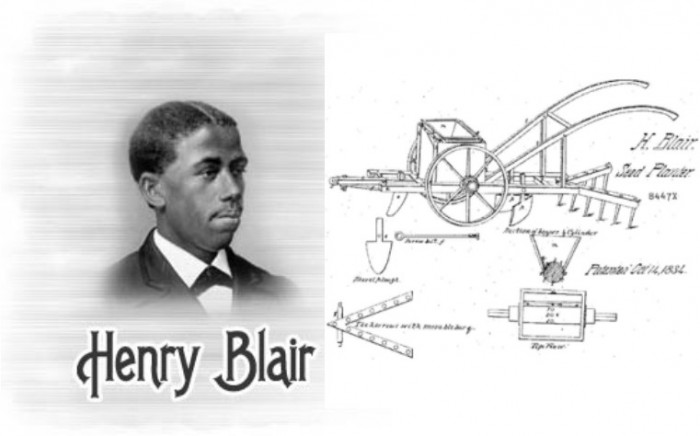 Henry Blair was the second Black inventor issued a patent by the United States Patent Office. Born in 1807, Blair received his first patent on October 14, 1834 for his invention of the corn seed planter. It allowed the farmers to plant their corn much faster, and with much less labor. The machine also helped with weed control. 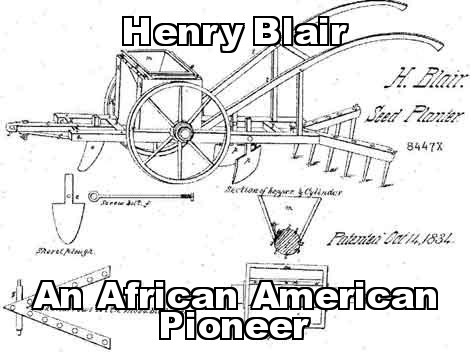 Little is known of the life of Blair. Because it was not common for enslaved persons to receive patents, it is believed Blair spent his life as a farmer and was a free man. He could not read, however, and he signed his patent X8447 with an “x.”

Henry Blair was the only inventor to be identified in the Patent Office records as “a colored man.” Blair had a gift for invention and did not allow his race, lack of education or other negative factors of the time hold him back. Henry Blair helped improve farming and the livelihood of farmers.

A successful farmer, Blair patented two inventions that helped him to boost his productivity. He received his first patent—for a corn planter. The planter resembled a wheelbarrow, with a compartment to hold the seed and rakes dragging behind to cover them.

An article from The Mechanics’ Magazine in 1836 carried a story of Henry Blair’s invention and stated: “A free man of colour, Henry Blair by name, has invented a machine called the corn-planter, which is now exhibiting in the capital of Washington. It is described as a very simple and ingenious machine, which, as moved by a horse, opens the furrow, drops (at proper intervals, and in an exact and suitable quantity,) the corn, covers it, and levels the earth, so as, in fact, to plant the corn as rapidly as a horse can draw a plough over the ground. The inventor thinks it will save the labour of eight men. He is about to make some alterations in it to adapt it to the planting of cotton.”

Two years later, he designed a similar device suitable for planting cotton. The operation of the newly patented cotton planter was as follows:

Operation: When the horses draw the machine, the right, and left half shovels or bar shares (as the planter may choose) throws a ridge—the tongue plow makes the drill, the cylinder is revolving with the wheels, catches the seed in the holes made on its periphery as they pass through the hopper, and lets them drop into the drill, and the press cover closes the sides of the drill so as to cover the seed.

The following year, patent law changed so as to exclude enslaved persons from patent eligibility. In 1871, after the Civil War, the law was revised to grant all American men, regardless of race, the right to patent their inventions. Women were not included in this intellectual-property protection. Blair followed only Thomas Jennings as an African-American patent holder. Extant records indicate that Jennings received a patent in 1821 for the “dry scouring of clothes.” Though the patent record contains no mention of Jennings’s race, his background has been substantiated through other sources.

I found your article on Henry Blair very informative. Yet another reason to be a proud American.