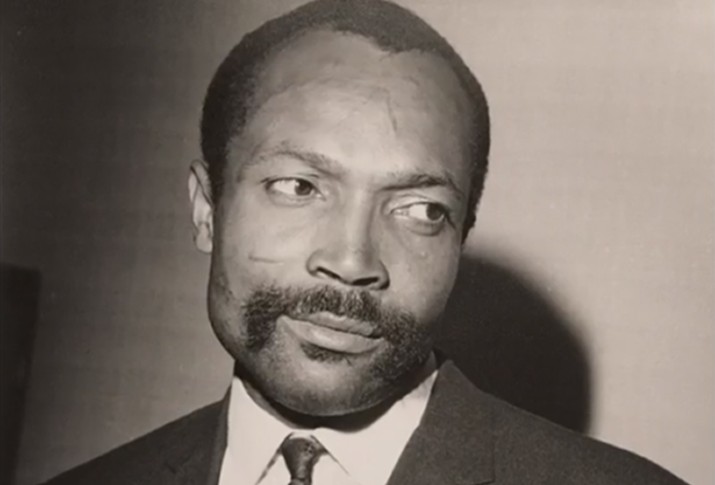 Alfred Fagon was a Jamaican-born playwright, poet and actor. He was one of the most notable Black British playwrights of the 1970s and 1980s. Fagon served in the British Army before he wrote and produced plays at theatres across the UK, including Royal Court Theatre and Hampstead Theatre. Fagon was the first Black person to have a statue erected in his honor in Bristol.

Alfred Fagon was born on 25 June 1937 in Clarendon, Jamaica, the third of nine brothers and two sisters. In 1955, at the age of 18, he came to England where he worked on the railways in Nottingham. In 1958, he joined the army where he served for four years and also became a middleweight boxing champion. On leaving the army, Alfred traveled around England singing calypso and then moved to St. Paul’s, Bristol to concentrate on writing and acting. He became one of the most notable Black British playwrights of the 1970s and 1980s.

“A difficult – because painful – exploration of West Indian identity in [European] capitalist society.” W Stephen Gilbert, Financial Times on The Death of a Black Man

“Fagon’s writing is sharp, funny, unpretentious… (his) view of the black predicament is complex, thoughtful and compassionate.” Andrew Rissick, Time Out

Fagon’s first stage appearance was at the Bristol Arts Centre. He played the Nigerian Officer Orara in Henry Living’s play The Little Mrs Foster Show. In 1970 he made his first professional stage appearance in Mustapha Matura’s Black Pieces at the Institute of Contemporary Arts in London. Fagon went on to write and produce plays, including 11 Josephine House, Death of a Blackman and Four Hundred Pounds, and took on many more acting roles, in television, film and radio, as well as in theatre. The Death of a Black Man was premiered at Hampstead Theatre in 1975, and was the first work by a Black British writer to be presented there. His final role was in the BBC’s television’s five-part drama series Fighting Back, set in St Pauls.

“Much of his early writing was based on his own experiences and people in St. Paul’s. His first produced play was 11 Josephine House, in which he appeared as himself. This was staged at the Almost Free Theatre in 1972. It is set in the front room of a Bristol household, which “acts like a cocoon for the characters to dream about and squabble over their real spiritual and geographical ‘home’ in Jamaica”. This play addresses the problems of Caribbean people bringing their culture to England.

In Shakespeare Country, directed by Philip Saville for BBC 2 in 1973, Alfred writes about the struggle to define Black identity in a country dominated by Shakespeare. No Soldiers in St. Paul’s which Alfred directed himself is about a younger generation in their twenties living in St Paul’s.

Death of a Black Man produced at Hampstead Theatre in 1975 is set in Chelsea and is loosely based on the life of a wonderful Jamaican saxophonist Joe Harriot. It strangely echoes Alfred’s own death.

His fifty-minute play Four Hundred Pounds is set in Finsbury Park London in the late seventies. It toured the UK and played at the Royal Court in 1983 and is about the way the pressure of earning a living in London affects two Jamaican friends and partners. Alfred’s last play was Lonely Cowboy, which is set in Brixton, London. In this play all his characters were young, second-generation Black people who see Brixton as home. At the time of his death, he had also completed a series of poems called Waterwell.”

On 29 August 1986, at the peak of his career, Fagon suffered a fatal heart attack while jogging near his home. He was forty-nine years old. The police claimed that they could not find any contacts for him and as a result he was given a pauper’s funeral. Despite the police searching his flat and interviewing neighbours, they said they were unable to find evidence of next of kin. They failed to notice on his desk, his union card, passport, letters, a diary with phone numbers and even his BBC script next to his bed! As a result Fago was given a pauper’s funeral, his ashes spread over a hedge marked T91. When he did not turn up for a meeting at the BBC they contacted his agent, who eventually discovered what had happened to him.

In 1996, Alfred Fagon’s friends and family decided to set up the Alfred Fagon Award, an annual award for the best new play by a Black British playwright of Caribbean or African descent, resident in the United Kingdom. The award is supported by The Peggy Ramsay Foundation, The Royal Court Theatre and Talawa Theatre Company.

On 11th June 2020, during a period of protests by the Black Lives Matter movement, people reported to police that the bust was apparently covered with what appears to be a corrosive substance. It comes after Black Lives Matter anti-racism protesters tore down a statue of slave trafficker Edward Colston in Bristol.