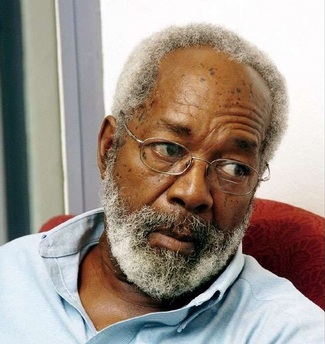 Basil Barrington Watson is Jamaica’s master painter. In 2000 he was awarded a Gold Musgrave Medal by the Institute of Jamaica.

Barrington Watson was born on 9 January 1931, in Hanover, Jamaica. He originally made his mark as a football player for Kingston College, before studying art at the Royal College of Art (RCA), London (1958-1960). After leaving RCA, Watson continued his study of the works of European master painters at the Rijksacademie, Amsterdam, the Academia de las Bellas Artes in Madrid and other major European art schools.

He returned to Jamaica in 1962 to become the first Director of Studies at the Jamaica School of Art, (now part of the Edna Manley College) and spearheaded a new curriculum which allowed graduating artists to filter into the areas of teaching, advertising and television, as well as the conventional fine and applied arts. When Watson returned to Jamaica, the island was at a historical crossroads. With Independence looming, there was a general optimism in the air and, as Watson remembers, “the island literally went wild” and he himself was determined to contribute to the development of his home country. He recalls, “Everybody was excited and ambitious and thought they found themselves.” Against the background of these nationalist sentiments, Watson expanded the scope of his popular portrait and genre paintings to that of history paintings. 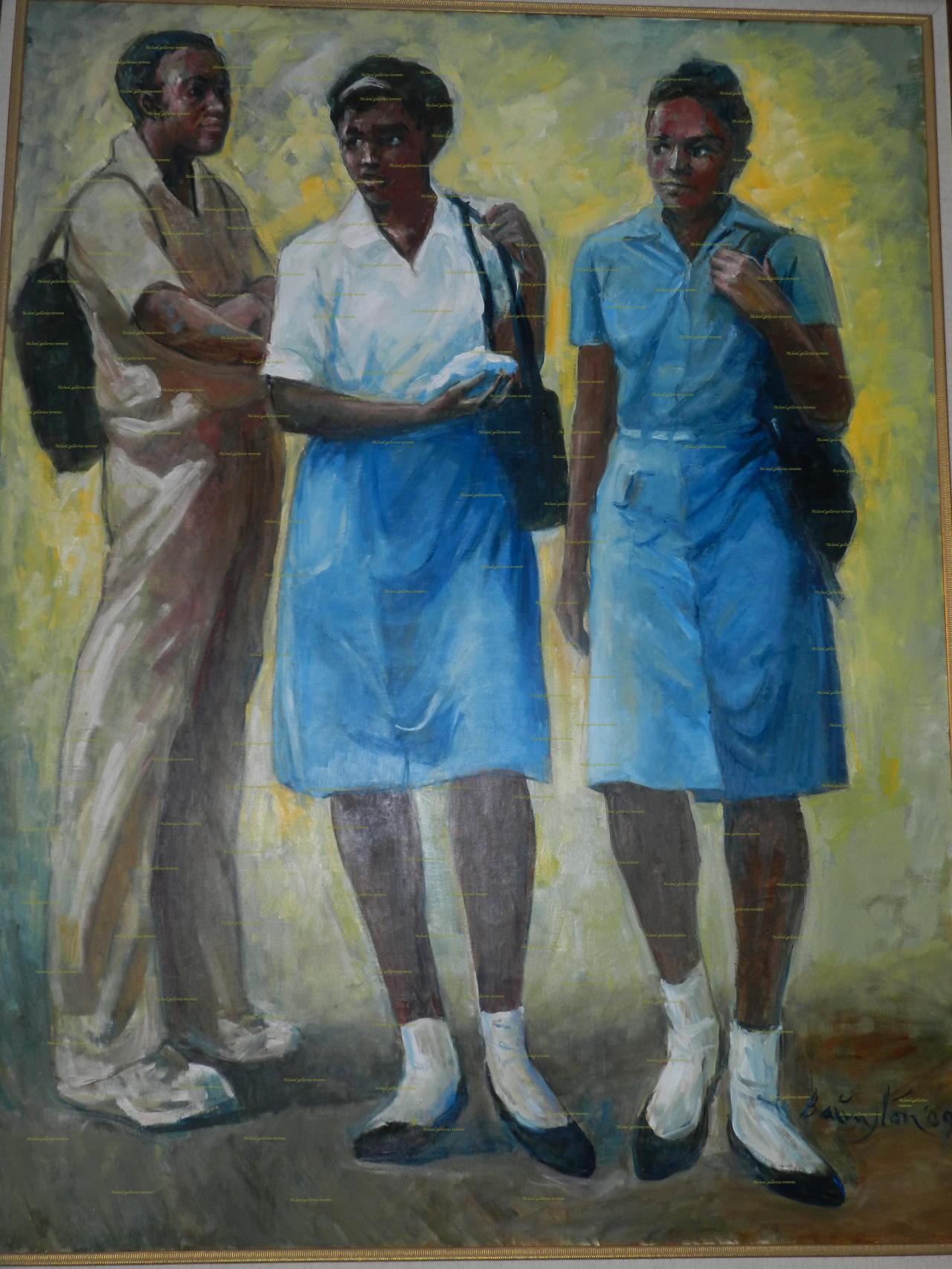 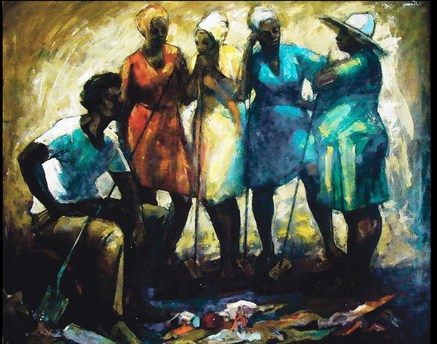 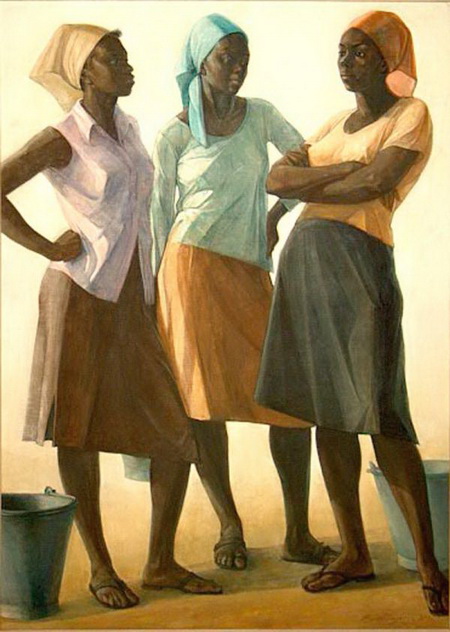 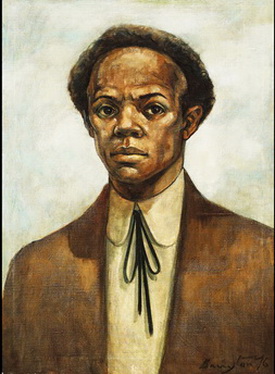 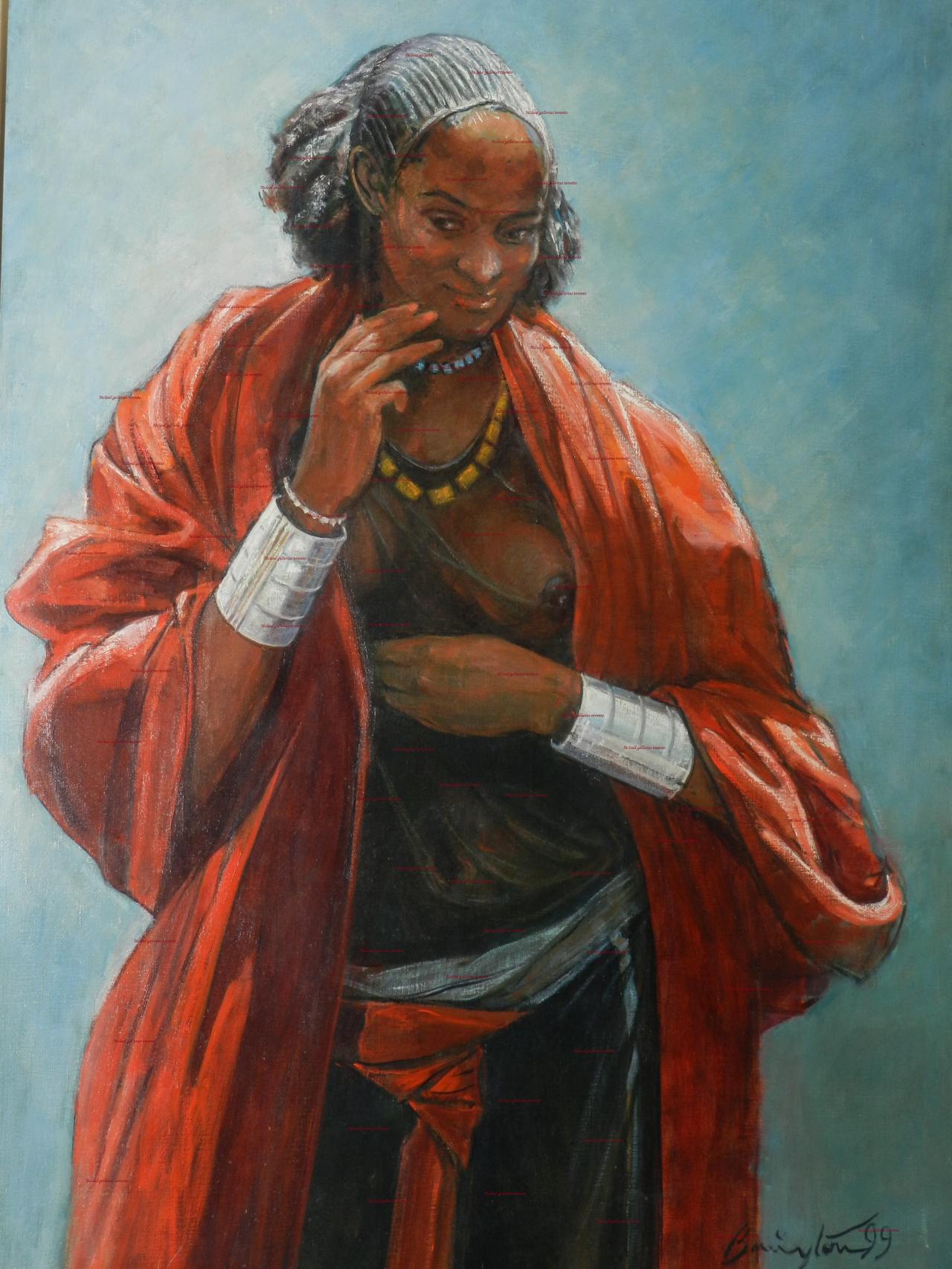 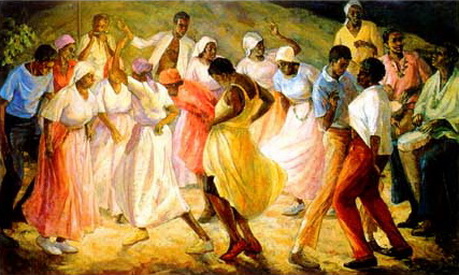 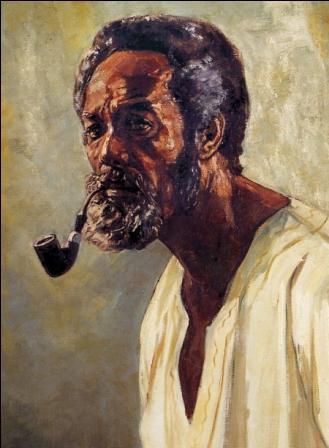 Paintings such as Morant Bay Rebellion (1964) and The Hanging of George William Gordon (1968) capture a sense of historymaking. Watson’s history paintings, therefore, should be seen in the context of the post-Independence process of creating new symbols of national identity that included a national anthem, a coat of arms, a national motto, flower, tree, fruit and bird. In addition, Jamaica created a pantheon of national heroes: Marcus Garvey (1964), Paul Bogle (1969), George William Gordon (1969), Alexander Bustamante (1969), Norman Manley (1969), Sam Sharpe (1975), and Nanny of the Maroons (1976); all of whom played important roles in leading Jamaica from slavery and colonialism to the nationalist movement and into Independence, and all – except for Nanny – feature in Watson’s history or portrait paintings. “I pinpointed events that were very important in the development to Jamaica’s Independence,” Watson said.

Watson later served as visiting professor at Spelman College, Atlanta. In 1967 he won a prize at the first Spanish Biennale at Barcelona. the first director of studies at the Jamaica School of Arts and Crafts (now part of the Edna Manley College) and spearheaded a new curriculum which allowed graduating artists to filter into the areas of teaching, advertising and television, as well as the conventional fine and applied arts.

As a founding member of the Contemporary Jamaican Artists Association in 1964, along with his fellow painters Karl Parboosingh and Eugene Hyde, he quickly became one of the leading artists of the post-Independence period in Jamaica, whose work represents a turning point in the development of Jamaica’s cultural and artistic aesthetic and professionalised the local artistic practice. In 1967 he won a prize at the first Spanish Biennale at Barcelona.

Watson has executed several major commissions, including the mural The Garden Party (1975) and The Installation Trust (1975, with Cecil Baugh) at the Bank of Jamaica, the mural Our Heritage (1974) at Olympia Art Centre and various official portraits, including past Prime Ministers of Jamaica, Martin Luther King (1970) at Spelman College in Atlanta, and former Commonwealth Secretary and University of the West Indies Chancellor Sir Shridath Ramphal, at the University of the West Indies – Mona (1992) and at Marlborough House in London (1995).

Barrington Watson has exhibited throughout Jamaica and internationally and currently lives in Kingston, Jamaica. He is the father of sculptors Basil Watson and Raymond Watson.

Watson is the subject of Lennie Little-White’s 2015 documentary film They Call Me Barrington.

Children learn more from what you are than what you teach.