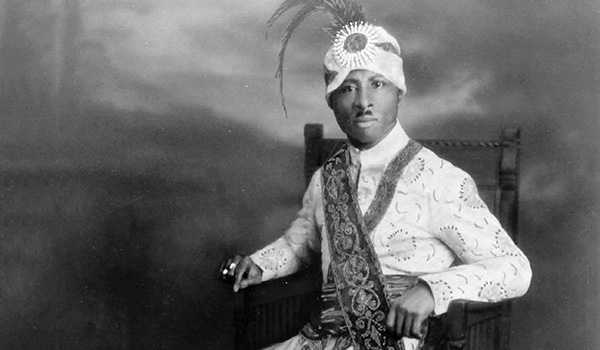 Noble Drew Ali, born Timothy Drew on January 8th, 1886, was the founder of the Moorish Science Temple of America. 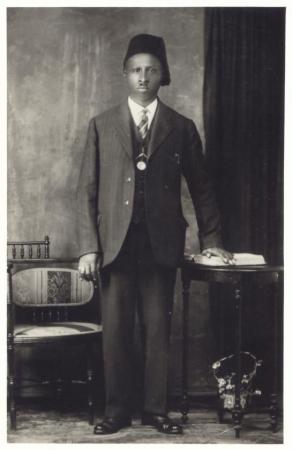 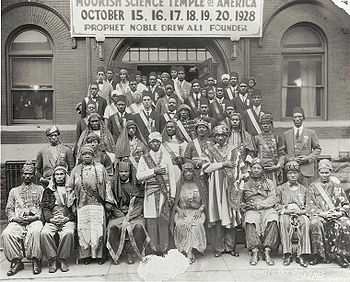 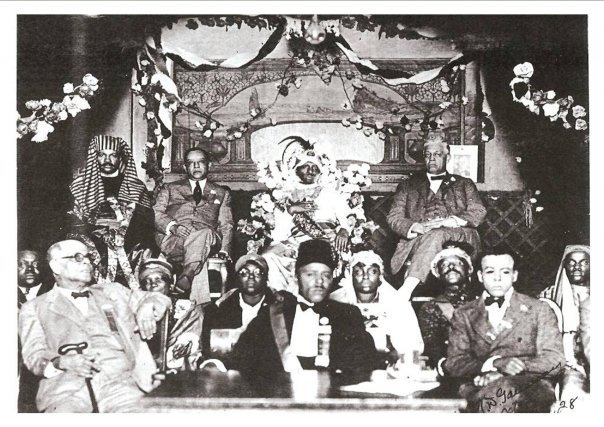 At the age of 27, he founded the Moorish Movement in America in Newark, New Jersey, and soon there were branches in Pittsburgh, Detroit, and other major industrial cities of the northeast, especially in neighborhoods that had attracted mass Black migration from the South.

Nobel Drew Ali moved to Chicago in 1925 and it was there that his movement took on its greatest force. He would establish a national headquarters there and in November 1926, he incorporated the movement in the State of Illinois as a civic organization. At a special meeting held on July 20, 1928, it was voted on and agreed that the movement would be changed from a civic to a religious corporation, known as The Moorish Science Temple of America.

Noble Drew Ali taught that all Blacks were of Moorish origins but had their Muslim identity taken away from them through slavery and racial segregation. He advocated that they should return to the Islam of their Moorish forefathers.

The Moorish Science Temple had street orators, members had badges and membership cards and certificates, and the organization was structured with several branches in different cities. They urged Black people to feel Black pride and endorse clean living and the Muslim faith.

Drew Ali died at age 43 at his home in Chicago on July 20, 1929. Although the exact circumstances of his death are unknown, the Certificate of Death stated that Noble Drew Ali died from “tuberculosis broncho-pneumonia”. Despite the official report, many of his followers speculated that his death was caused by injuries from the police or from other members of the Moorish community. Others thought it was due to pneumonia. One Moor told the Chicago Defender, “The Prophet was not ill; his work was done and he laid his head upon the lap of one of his followers and passed out.”

I would like to study more about the Moors science