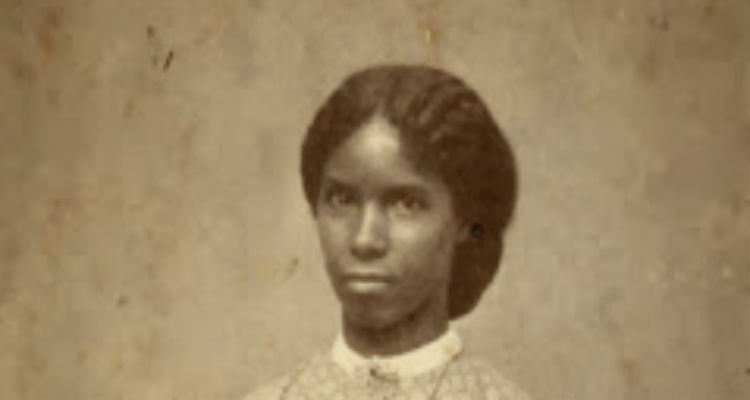 On August 21, 1860, enslaved African American Eliza Winston was freed from her Mississippi enslaver in a Minneapolis court. After being granted legal freedom, however, Winston faced whyte mob violence and was forced to leave the area. The event showed that although the Maafa (slavery) was illegal in Minnesota – which banned the practice in its first state constitution of 1857 – many Euro-Minnesotans supported the practice when it economically benefited them.

In the summer of 1860, Eliza Winston traveled to St. Anthony when her enslaver Richard Christmas, his wife, Mary, and their young daughter went on vacation. Winston was taken north to care for the young daughter Norma, as well as sickly Mrs. Christmas. While visiting Minnesota they stayed at the Winslow House hotel in St. Anthony, which was a favorite resort for many southern enslavers during antebellum times. However, while Winston was in St. Anthony, she met Emily and Ralph Grey, a free African American couple. The Greys were respected community members and friends of Frederick Douglass, the famous abolitionist. They introduced Winston to notable local anti-slavery leaders.

The Greys along with the assistance of some whyte friends, filed a legal complaint asserting that Winston was being “restrained of her liberty by her [enslaver].” According to her deposition, she and her late husband had previously purchased her freedom, but Christmas had purchased her from her previous enslaver and did not honor her emancipation. Minnesota was a free state, and Judge Charles E. Vandenburgh, an abolitionist, agreed to hear her case. The judge sent the sheriff to the Winslow House to take her into custody, but by then they had moved to a country house on Lake Harriet. When the sheriff arrived, the Christmas family at first hid her, but then didn’t resist further when she was located.

The following day, after a hearing, the judge ruled that Winston was a free woman. Christmas accepted the decision without complaint. He knew that despite the presence of pro-slavery mobs outside the courthouse, it was the abolitionists in the area who held political power.

The Saint Anthony Weekly Express opined that the event would damage the tourism trade. That evening, a pro-slavery mob surrounded the Grey’s home and demanded her return to the Christmases, but with the aid of the underground railroad she was already on her way to Ontario.

The Winston case revealed several contradictions in Minnesota’s racial politics. On the one hand, the state constitution forbade slavery, and cities such as Minneapolis and St. Anthony were centers of the Midwest’s abolition movement. On the other hand, many whyte Minnesota businessmen benefited from trade with Southern slaveholders, and whyte Minnesotans could be quick to form racial mobs.

As local business owners had feared, the Winston case did slow Southern tourism to Minnesota. This was only a problem for several months, however. Southern states began leaving the Union in December 1860, following the election of Abraham Lincoln, and the Civil War erupted the following April.

*Nb: Featured image is not a photo of Eliza Winston. No photo of her is available.

Below is an account of Eliza Winston’s testimony given in court in St. Anthony, Minnesota. This was published on page 2 of the St. Anthony Evening News, August 28, 1860 edition.

ELIZA WINSTON, being duly sworn, deposes Testifies under oath in court. and says:

My name is ELIZA WINSTON, am 30 years old. I was held as the slave of Mr. Gholson of Memphis, Tennessee, having been raised by Mr. Macklemo [McLemore], father in law of Mr. Gohlson [Gholston]. I married a free man of color who hired my time of my master, who promised me my freedom upon payment of $1,000. My husband and myself worked hard and he invested our savings in a house and lot in Memphis, which was held for us in Mr. Gholson’s name. This house was rented for $8 per month.

My husband by request, went out with a company of emancipated slaves to Liberia, and was to stay two years. He went out with them because he was used to travelling, and it was necessary to have some one to assist and take care of them. When he returned, my master was to take our house and give me my free papers, my husband paying the balance due, in money. My husband died in Liberia, and my master Mr. Gohlson got badly broken up in money matters, and having pawned me to Col. Christmas for $800, died before he could redeem me. I was never sold. I have always been faithful and no master that I have ever had has found fault with me. Mr. Macklemo my first master always treated me kindly and has tried to buy me of Col. Christmas, a good many times.

When Mr. Gholson married Mr. Macklemo’s daughter, I went with my young mistress. I became the slave of Mr. Christmas seven years ago last March. They have often told me I should have my freedom and they at last promised me that I should have my free papers when their child was seven years old. This time came soon after we left home to come to Minnesota. I had not much confidence that they would keep their promise for my mistress has always been feeble and she would not be willing to let me go. But I had heard that I should be free by coming to the North, and I had with my colored friends made all the preparations which we thought necessary, I had got a little money and spent it in clothes, my colored friends gave me some good clothing, and I came away with a good supply of clothing in my trunk, sufficient to last me two years and of a kind suitable to what we supposed this climate would be.

The trunk containing this clothing was left at the Winslow House when we went to Mrs. Thornton’s, I taking only one calico dress, besides and old washing dress. After I got to St. Anthony, I got acquainted with a colored person and asked her if there were any persons who would help me in getting my freedom. I told her my whole story and she promised to speak with some persons about it. She did so and a white lady living near met me at the residence of my colored friend, I also told her my story and she told me there were those who would receive me and protect me. I thought I had a right to my clothes because they did not come from my master or mistress and I purposed to carry away at different times when I should not be suspected, some portion of them.

I fixed upon the coming Sunday when I would leave my master, but before the time came Col. Christmas and his family went out to Mrs. Thornton’s and as I understood were not coming back to the Winslow House to stay any more, I thought some one of the servants had made my master suspicious and that he went away on that account. On the day I was taken by the officer, some men came out to Mrs. Thornton’s, and I heard them tell them that persons were coming out to carry me off. So whenever any one was seen coming, my mistress would send me into the woods at the back of the house, I minded her, but I did not go very far hoping they would find me. I was sent into the woods several times during the day, as was the case at the time when the party came who took me away. I had on my washing dress and I went in to change it before going with the officer. My mistress asked me why I went off in this way, she said she would give me free papers, I asked her why she did not in St. Louis. She said over again and again that I must not go in this way but that they would give me my free papers.

I told her I had rather go now. When my master came into the court room he came up to me and gave me ten dollars. When I was told I was free my master asked me if I would go with him, told me not to do wrong. I told him I was not going to do wrong, but that I did not wish to go with him. I have been Col. Christmas’ slave for more than seven years, and I have always been faithful to him and done my best to please him and my mistress. The latter has always been feeble and I have waited upon her and taken care of her and the child. During all this time, owing to the poor health of my mistress, I have been closely confined, have had scarcely any time to myself or to see the other slaves, as most house servants can have, but I have never fretted or complained because I thought if I did my very best, they would perhaps give me my freedom. Since my husband died I might have married very happily with a free colored person, but Col. Christmas would not let me marry any one but one of his plantation hands, and I would not marry any one but a free person. I thought if I could not better myself by marrying I would not marry at all, and I knew it would be worse for me if I married a slave.

I wanted my master to give me free papers so that I could go back to Memphis where I could get employment as a nurse girl, and could earn from ten to fifteen dollars a month, and could marry there as I desire to do, but I despaired of getting my freedom in this way and although I am sorry I must sacrifice so much still I feel that if I cannot have my freedom without, I am ready to make the sacrifice. I will say also that I have never received one cent from my property at Memphis since my husband died.

It was my own free choice and purpose to obtain my freedom, and I applied to my colored friend in St. Anthony, without solicitation on the part of any other person. I have nursed and taken care of the child of my mistress from her birth till the present, and am so attached to the child that I would be willing to serve Col. Christmas, if I could be assured of my freedom eventually, but with all my attachment to the child, I prefer freedom in Minnesota, to life long slavery in Mississippi.

Thanks for your support on black history.