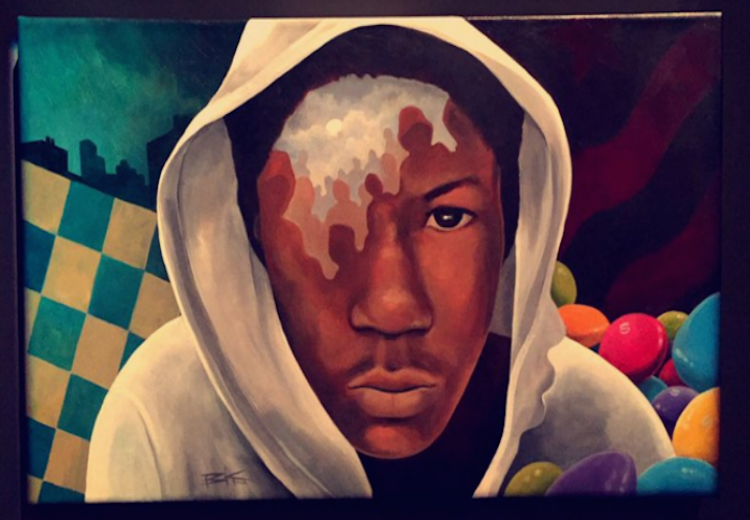 “If I had a son, he’d look like Trayvon.” ~President Obama

“Trayvon Martin, at the most, seems only to have been guilty of being himself.” ~Aberjhani, Illuminated Corners: Collected Essays and Articles Volume I.

“In this day and age where humanity is lost by so many, can a young, black child of God be put on trial for his very own murder.” ~Elissa Gabrielle 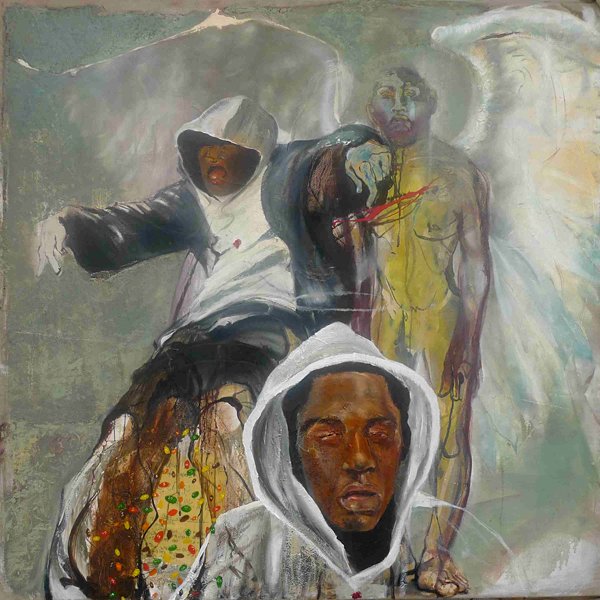 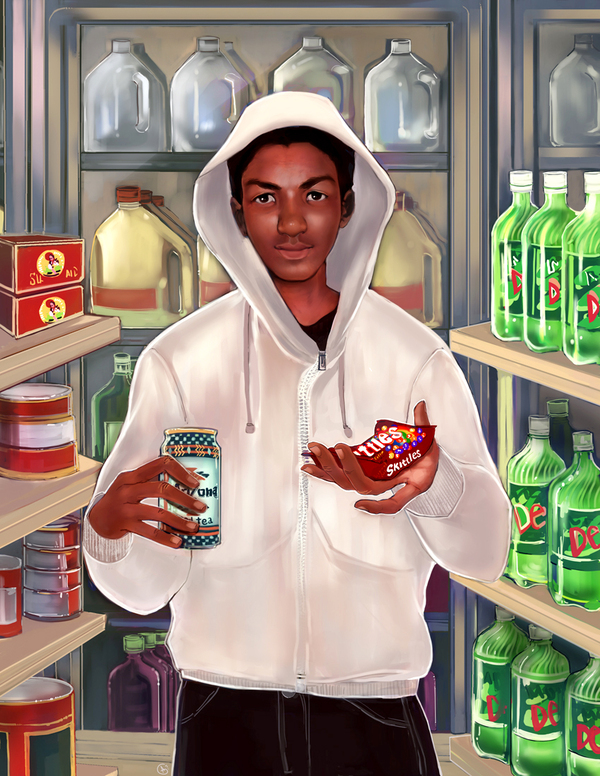 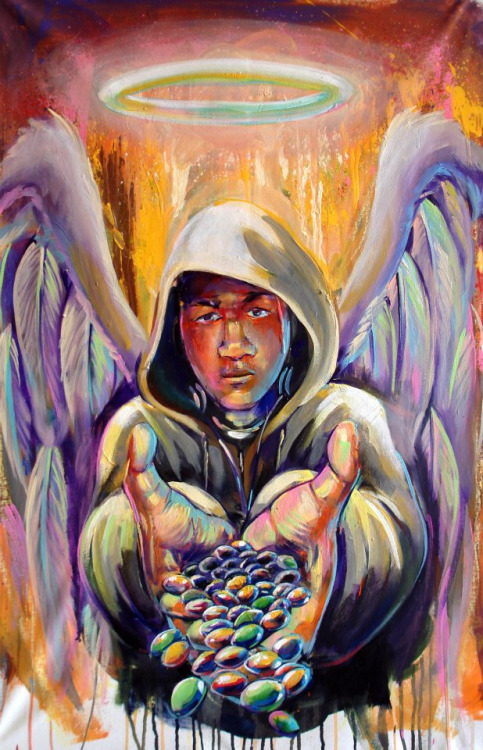 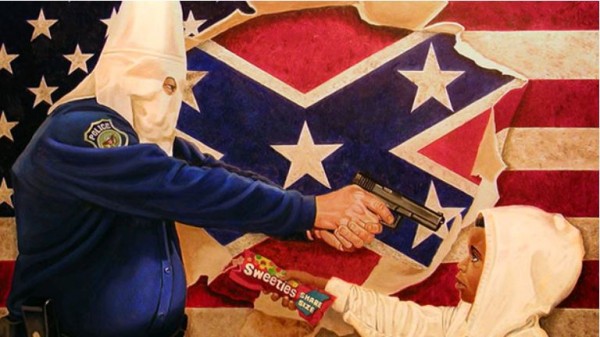 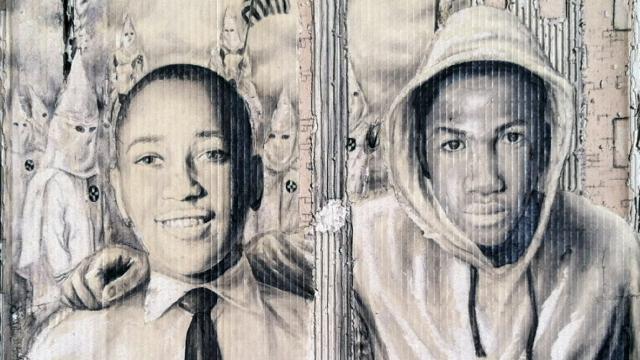 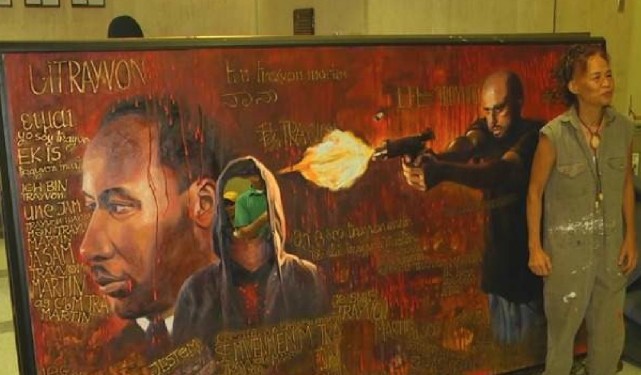 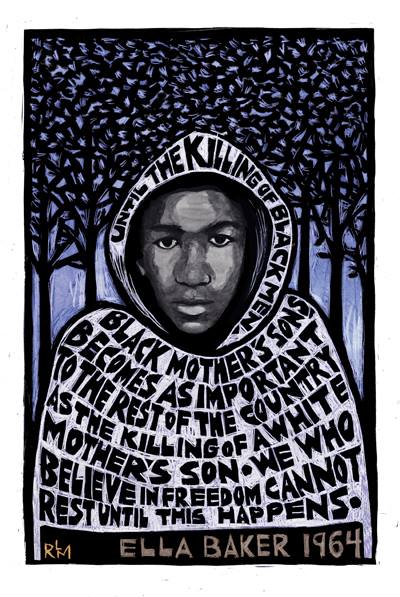 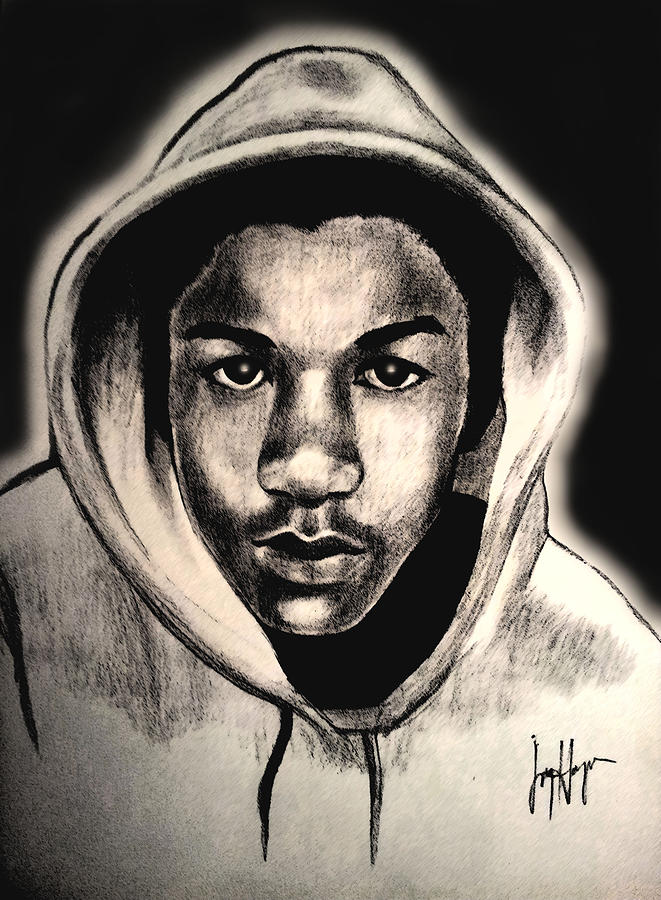 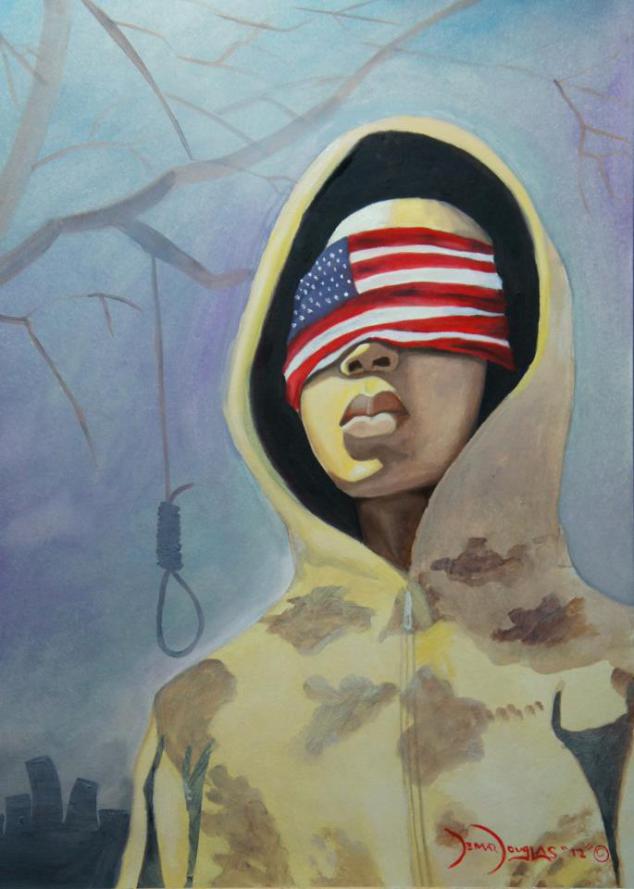 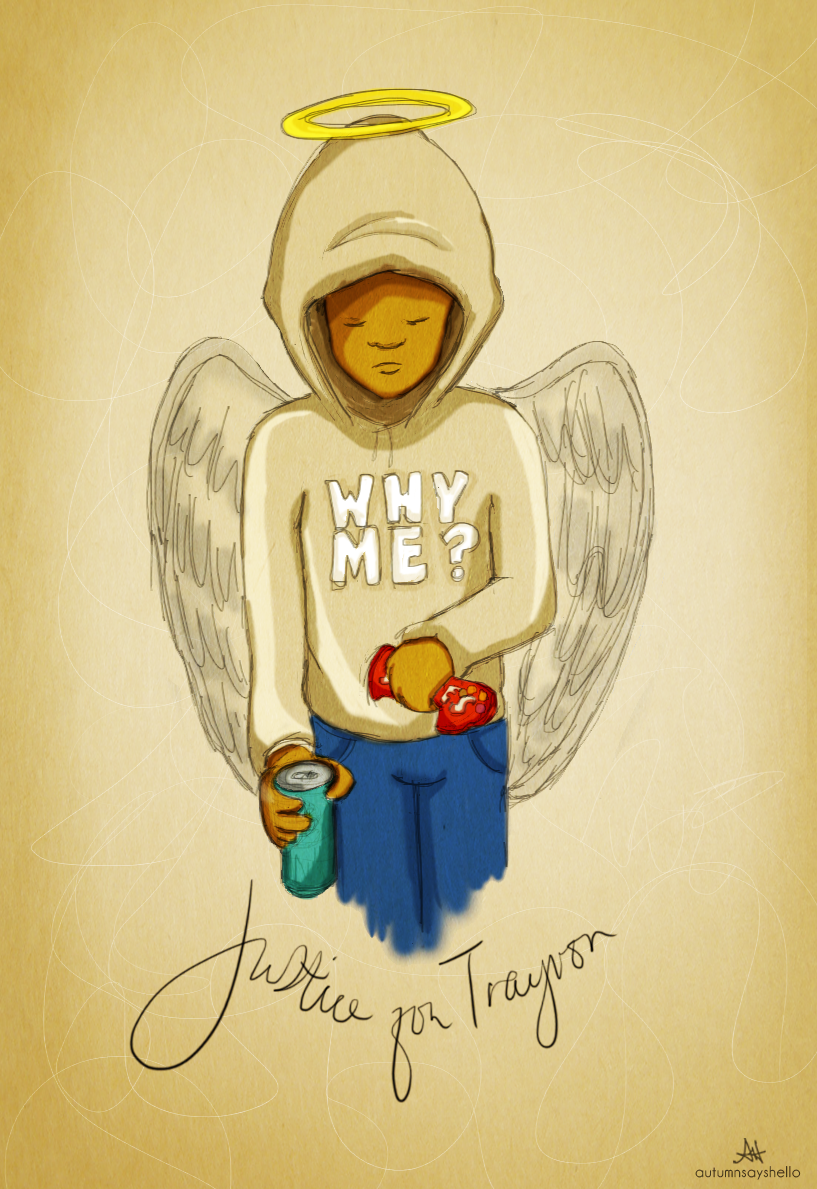 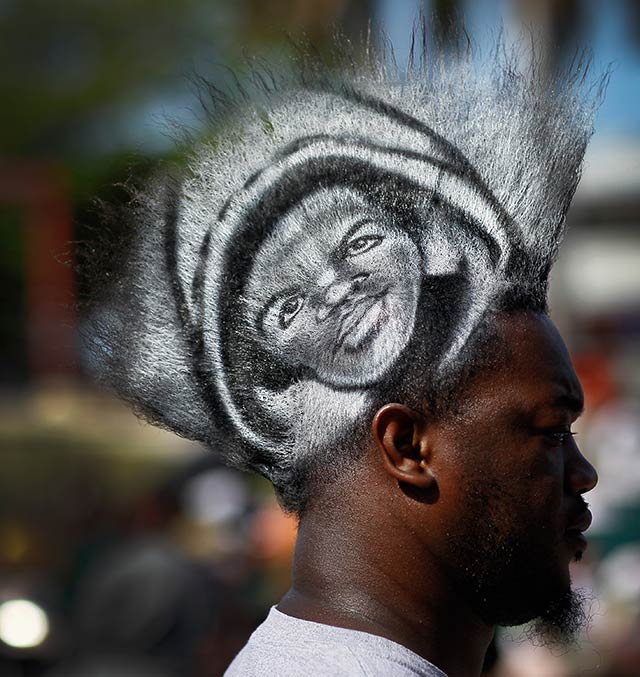 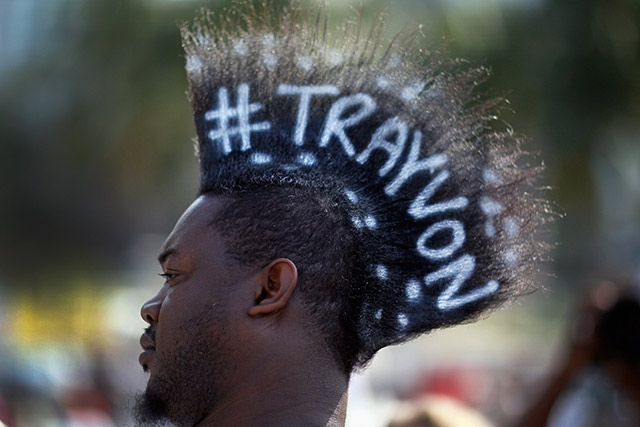 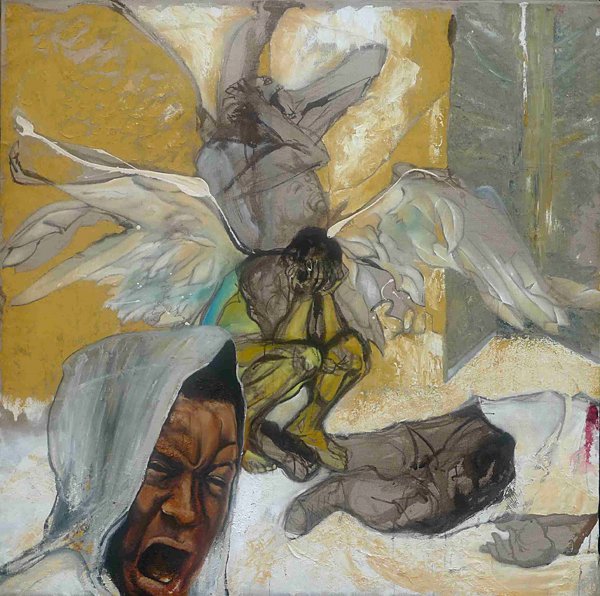 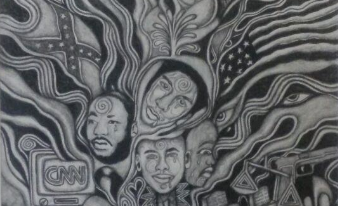 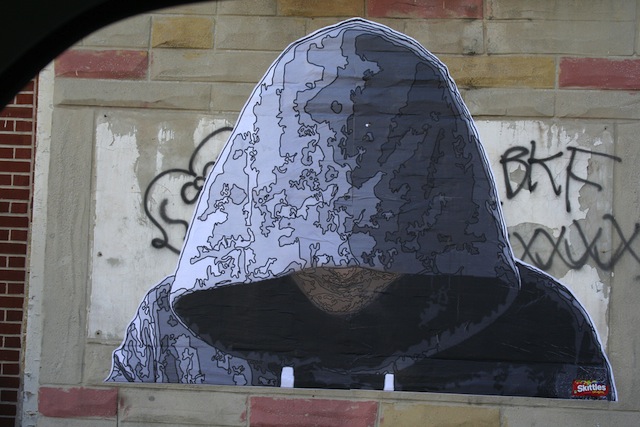 So the trees are no longer decorated with strange southern fruits
But Trayvon Martin still gets no justice when Zimmerman shoots.
The latter claimed he had the right to simply stand his ground
But first, against police advice, he followed young Trayvon around
Trying to decide, I guess, if the teenager really posed a threat.
But judging by what Trayvon was packing, he was a wrong as wrong can get.
He carried a sugar coated rainbow that will never sweeten this pill
And a cold can of iced tea that he will never got to swill.
No drugs, no weapons, no alcohol, in fact nothing illegal,
So what struck such fear into this man’s heart? What made him commit an act so evil?
Who gave him the right to challenge this young man may I enquire?
Why did he decide to start the exchange, which would end with fatal fire?
He saw a hooded figure, who he could see was not his kin.
Yes he saw a hooded figure, but… he also saw his skin.
He saw a hooded figure, he made his blood run red,
He saw a hooded figure and the young man now is dead.
For forty-four days and nights the gunman kept his liberty,
You can draw your own conclusions as to just why that might be.
They claim Trayvon was armed with the very ground on which he walked,
But he didn’t bring it with him and he was the one being stalked
By an armed man, who chose to leave the safety of his car.
Why was Zimmerman not satisfied to follow from afar?
I have a pack questions, but the answers are too few,
Yet that the southern states lack justice, is surely nothing new.
For while I hear the trees are no longer decorated with strange hanging fruits,
A young black man still gets no justice, when it’s a white man shoots.

–He Saw a Hooded Figure by  Mark Thompson

The Album Cover Art of Earth, Wind and Fire