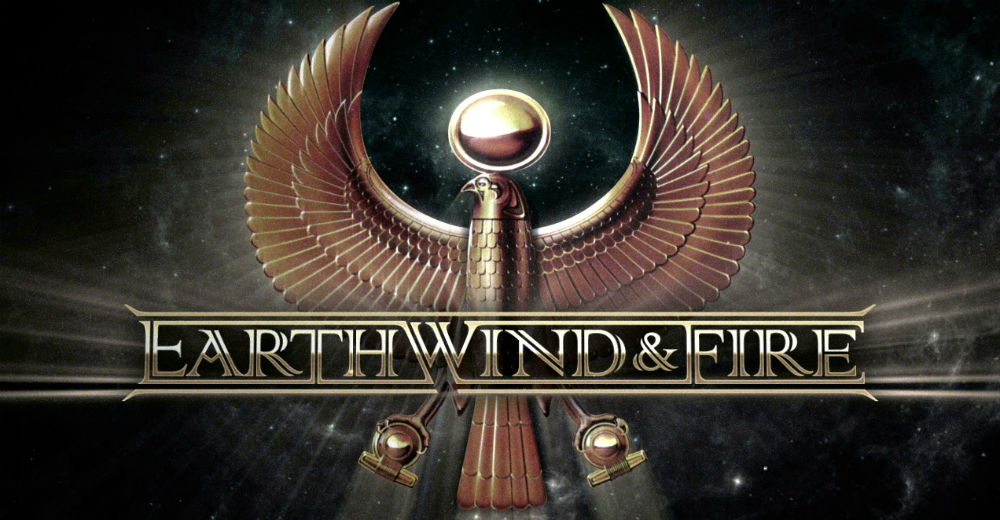 Earth, Wind & Fire, the innovative and one of the most critically acclaimed bands of the 20th century has dazzled the world not only with its soulful music, but with their fantastic album covers.

The group and its visual themes, including their classic album covers, were conceived by drummer, bandleader, songwriter, kalimba player, and occasional vocalist Maurice White.
“Maurice came up with the whole concept for the artwork. I think it really reflected our view of the world. The globalization of the world, the things that are happening today, and what we see all over the world with wars and other things. We have always been conscious of what our world view has been so our album covers have always reflected that. Obviously we tried to communicate that through our music too but the covers always gave us a visual aspect too.” – EWF Bass player Verdine White

White used the elements of his astrological sign Sagittarius to name the group. Sagittarius has a primary elemental quality of Fire and seasonal qualities of Earth and Air (no water). He also drew from a wide variety of religious, spiritual and Afrikan Kemitic symbols to form the group’s imagery. 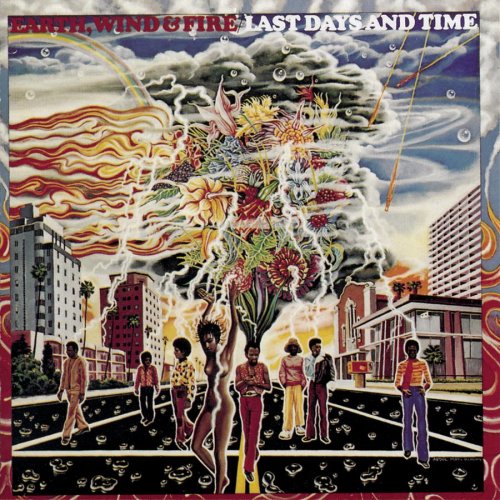 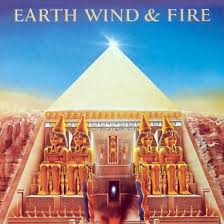 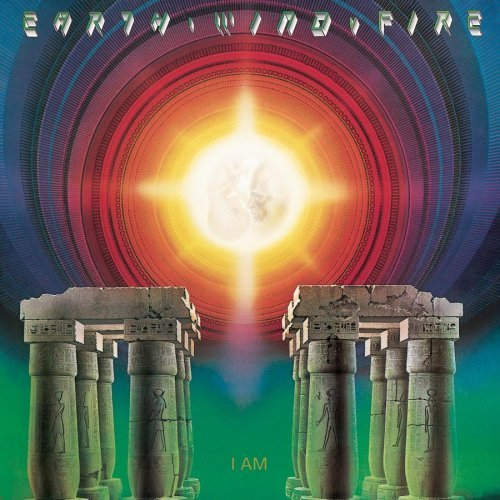 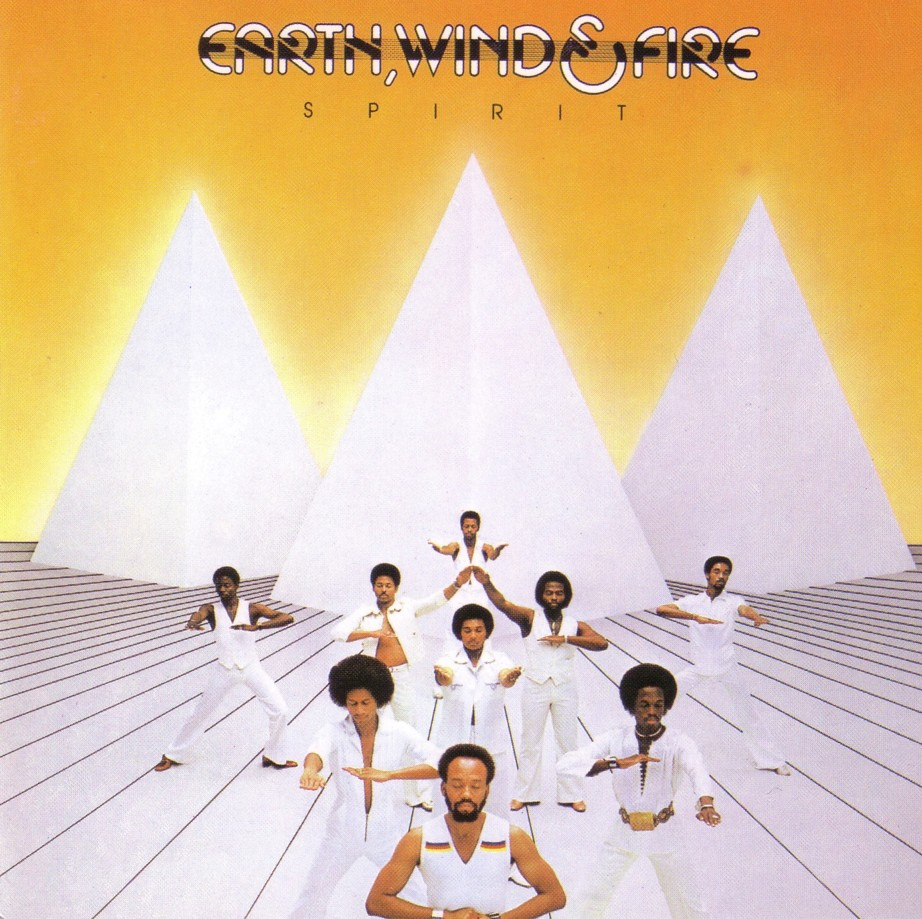 The albums Spirit, All n All and I AM, in addition to the use of dynamic visual Afrikan Kemitic poses, pyramids and structures, are interesting due to the titles. All N’ All is a derivative term used by some Muslims that means ‘Allah’ and the album title I AM was the manner in which God identified Himself to Moses in the Old Testament (I AM that I AM). 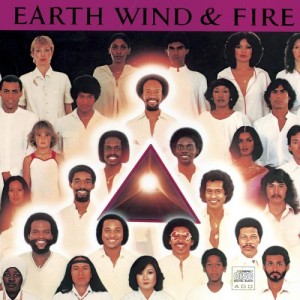 The album cover art for Faces and Raise! continue with Afrikan Kemitic motifs (pyramids and stone structures). Raise! has futuristic imagery blended with the female stone structure. We are looking at the past and future at the same time. 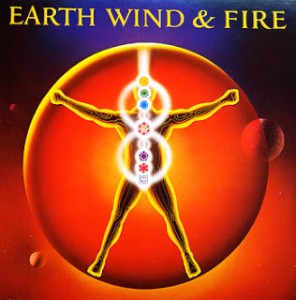 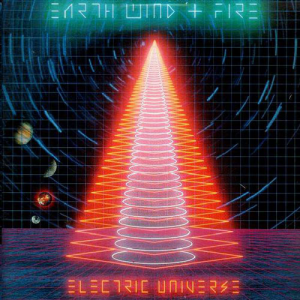 The albums Powerlight and Electric Universe can see the use of ancient Chakra imagery and colours. 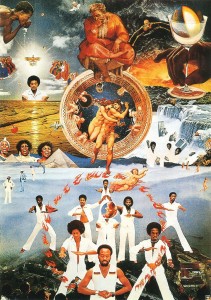 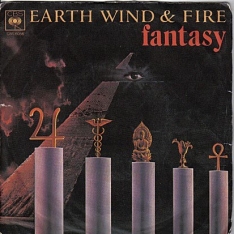 There are some Christian Evangelical groups that believe that EWF promoted the occult and even satanism! This is due to their aversion, fear ignorance and hatred toward Afrikan or Eastern teachings.  The cover art for the Fantasy single has several symbols that are rich in esoteric meaning, Asian and Afrikan symbolism.

From left to right: 1) Sign of the planet Jupiter 2) Symbol of Paracelsus, which was derived from ancient Kemit 3) Buddha 4) The Phoenix – symbol of immortality, rebirth and hope 5) the Afrikan Kemitic Ankh. The full spread with more spiritual, religious symbols is below. 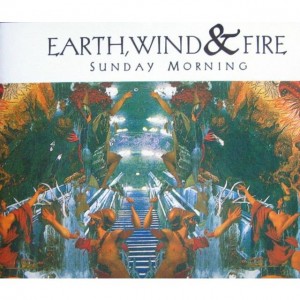 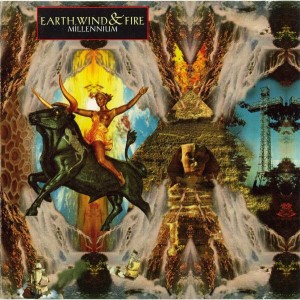 Many of the EWF album covers since the album All N All in 1977 were executed by Japanese artist Shusei Nagaoka. 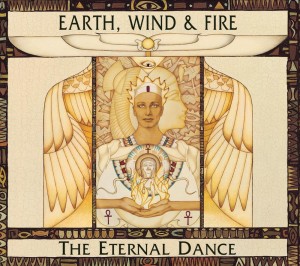 The Eternal Dance and the album In the Name of Love see a return to ancient/futuristic Afrikan Kemitic imagery. The beautifully illustrated The Eternal Dance art strongly alludes to the divine nature and qualities of the Black man and woman. 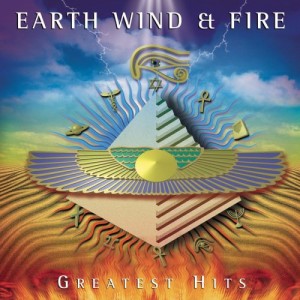 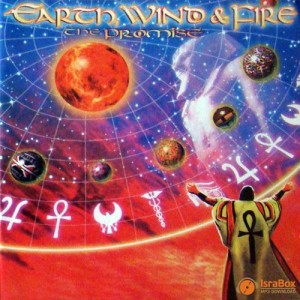 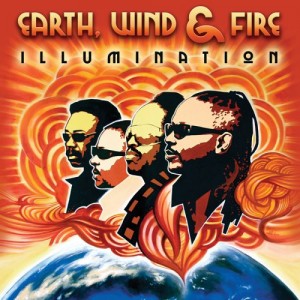 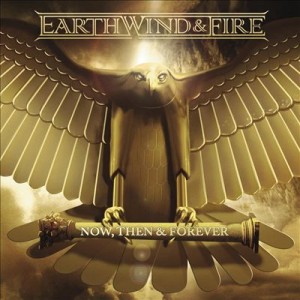 EWF continues to record and, as can be seen in their latest release Now, Then & Forever, continue to imbue their album covers with the rich visual symbolism and spirituality that has become synonymous with their legacy.

ON THE PULSE OF MORNING: Inaugural Poem by Maya Angelou

Really enjoyed this article. Thank you

A great read…a read that reinforces that EWF is not of Yahweh but adherents to the Kemetic Mystery System! And that’s ok. It is what it is.

Great article. However, I can see there is a strong tendency for mystical symbols especially the pyramids. There can be something behind such strange covers, beautiful music, strange quite scary covers. I would like to talk to the people behind those covers to really know their objective.