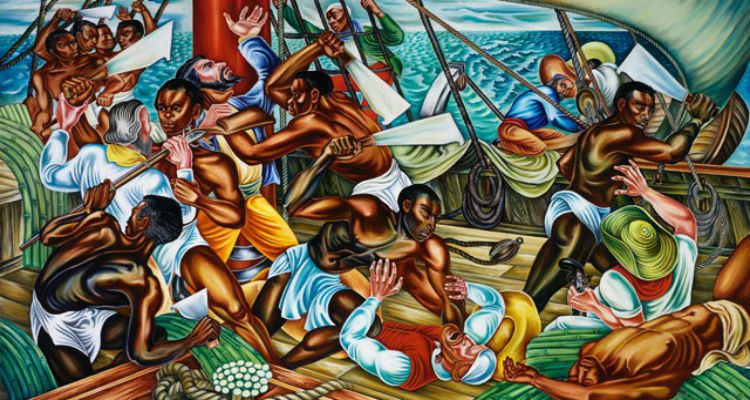 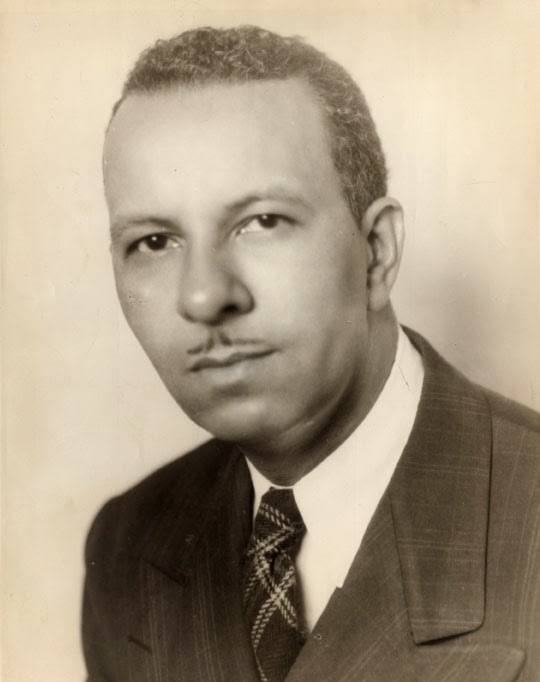 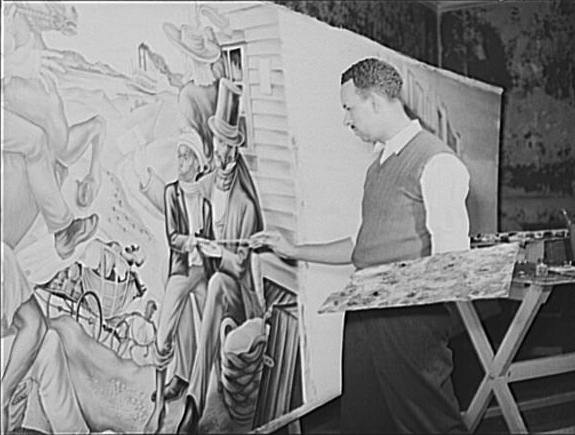 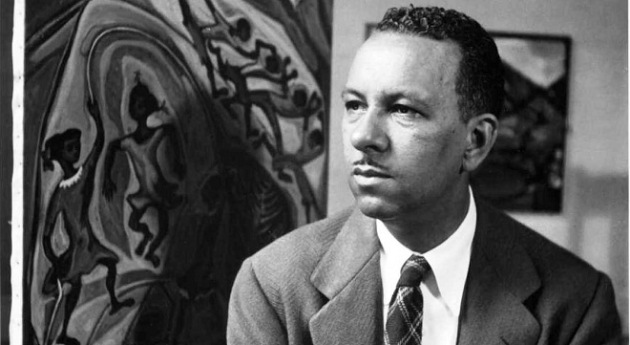 Born in Cairo, Illinois, Woodruff grew up in Nashville, Tennessee. In the early 1920s, he studied at the John Herron Art Institute in Indianapolis, where he lived for a number of years. He studied in France for 4 years and taught art at Atlanta University.

Woodruff’s figurative style of the 1930s was bold and muscular. Southern lynchings of blacks stirred his conscience deeply, and inspired him to design a series of block prints that were as impressive as his oils and watercolors. His best-known and most widely acclaimed works at this time were the Amistad murals he painted between 1938 and 1942 in the Savery Library at Talladega College in Alabama. These murals were commissioned in celebration of the one-hundredth anniversary of the mutiny by enslaved African persons aboard the slave ship Amistad in 1849, their subsequent trial in New Haven, Connecticut, and return to West Africa following acquittal. 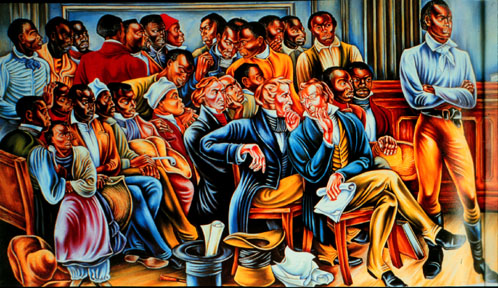 In 1946 Woodruff moved to New York where he taught in the art department at New York University from 1947 until his retirement in 1968. During the mid-1960s Woodruff and fellow artist Romare Bearden were instrumental in starting the Spiral organization, a collaboration of African-American artists working in New York. 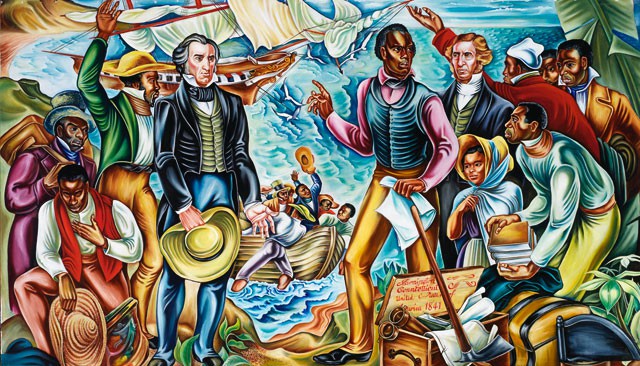 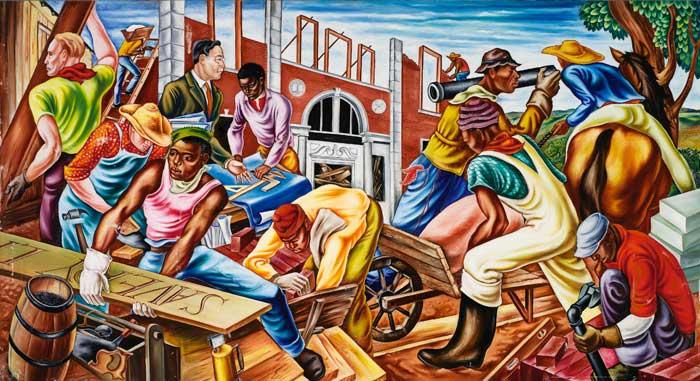 The Art of Gerard Sekoto