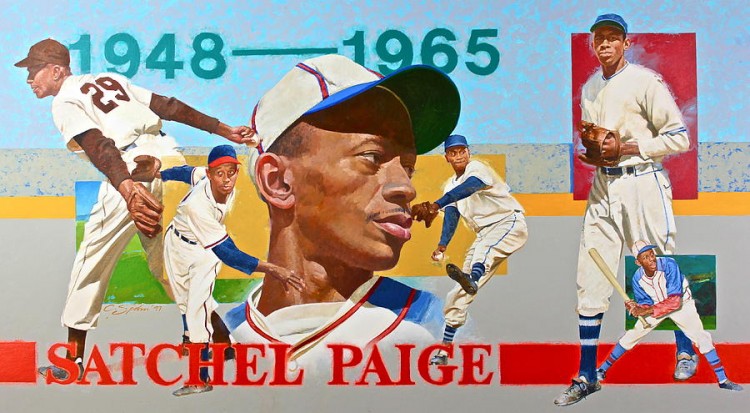 Leroy Robert “Satchel” Paige (July 7, 1906-June 8, 1982) was an African-American Negro league baseball and Major League Baseball (MLB) pitcher who became a legend in his own lifetime by attracting record crowds wherever he pitched. Denied entry to the Major Leagues, Paige began his professional baseball career in the Negro Leagues in 1926 and became its most famous showman. Paige finally broke through to the Majors as a 42-year-old rookie and was inducted into the Baseball Hall of Fame in 1971. 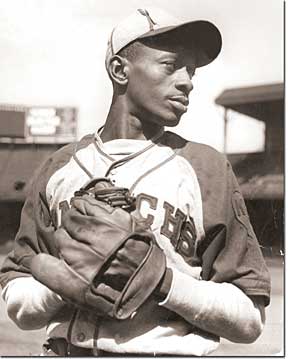 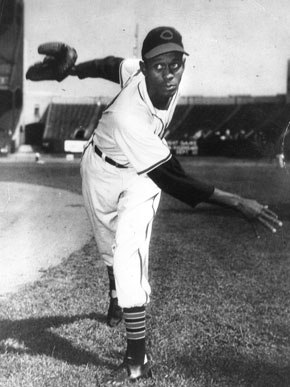 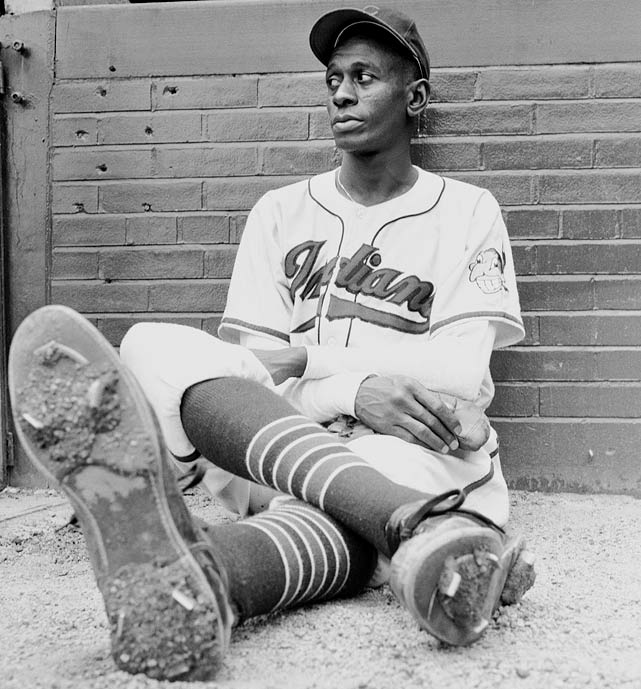 Born in Mobile, Alabama, his mother (who added the “I” to Page) sent him to earn money carrying luggage for businessmen where his co-workers purportedly told him, “You look like a walking satchel tree”; hence his unique nickname.

A run-in with the law, through petty theft and truancy, got Paige “enrolled” in reform school at age 12 where he honed his pitching talents.

Paige began his professional career in 1926 in the Negro Southern League. His record with the Chattanooga Black Barons did not go unnoticed and he moved quickly through the ranks of the Negro National League teams, becoming a popular draw among audiences.

Paige played for teams all over the country, from California to Maryland to North Dakota and even outside its borders, in Cuba, the Dominican Republic, Puerto Rico, and Mexico. Between contracts, Paige built quite a following through barnstorming tours, which consisted of exhibition games against other professionals and regional talent that provided extra money. In one such game, he was hired to front a team called the “Satchel Paige All-Stars” and ended up pitching to New York Yankees great Joe DiMaggio, who called him “the best and fastest pitcher I’ve ever faced.”

According to some accounts, Paige compiled 31 wins against just four losses in 1933 and also accumulated streaks of 64 consecutive scoreless innings and 21 straight victories. Paige insisted that he kept his own records and reported pitching in more than 2,500 games and winning 2,000 or so, as well as playing for 250 teams and throwing 250 shutouts, staggering numbers when compared to those of Major League pitchers.

On July 7, 1948, his 42nd birthday, Paige became the oldest player to debut in the Major Leagues, as well as the first Negro League pitcher in the American League. Drawing huge crowds when he pitched, Paige went 6-1 with an outstanding 2.48 ERA in half of a season, helping the Indians win the World Series. He pitched one more season with Cleveland, then played for three years with the St. Louis Browns.

Despite his age, Paige continued to tour regularly for hefty appearance fees. At age 59 on September 25, 1965, he became the oldest player in Major League history, marking the occasion by throwing three scoreless innings and allowing just one hit for the Kansas City Athletics. He finished his big league career with a 28-31 record, 32 saves, and a 3.29 ERA.

The legendary pitcher died of a heart attack in Kansas City, Missouri, on June 8, 1982, less than a month before his 75th birthday.