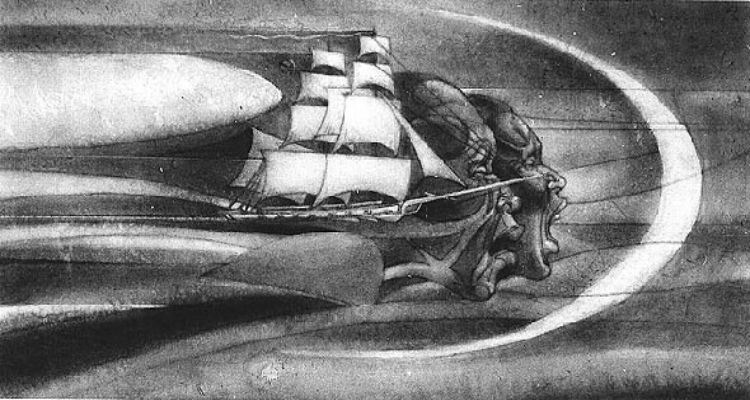 “Perhaps even more important to them than freedom was the fact that no leaf fell, no word uttered or deed executed that did not echo eternally throughout the universe. Seeds, they were, that would flower into other deeds – good and evil – in no time at all. For a people with their values, murder violated (even mutilated) the murderer so badly that it might well take them a billion billion rebirth to again climb the chain and achieve human form.”

“There was no hatred in her. Or selfishness… Some part of her remained untouched…a still, uncorrupted center like a Chinese lotus that, though grown up in muck and mud, remained beautifully poised and pure.”

“According to the legend, Allmuseri elders took twig brooms with them everywhere, sweeping the ground so as not to inadvertently step on creature too small to see. Eating no meat, they were easy to feed. Disliking property, they were simple to clothe. Able to heal themselves, they required no medication. They seldom fought. They could not steal. They fell sick, it was said, if they wronged anyone. As I live they so shamed me I wanted their ageless culture.”

“As I heard they were a remarkably old people. About them was the smell of old temples. Cities lost when Europe was embryonic. Looking at them, at their dark skin soft as black leather against knee-length gowns similar to Greek chitons, you felt they had run the full gamut of civilized choices, or played through every political and societal possibility and now had nowhere to go. A tall people, larger even than Watusi; their palms were blank, bearing no lines. No fingerprints. But all Allmuseri, I had been told, had a second brain, a small one at the base of their spines. A people so incapable of abstraction no two instances of “hot” or “cold” were the same for them, this hot porridge today being so specific, unique, and bound to the present that it had only a nominal resemblance to the hot porridge of yesterday. Physically, they seemed a synthesis of several tribes, as if longevity in this and had made them a biological repository of Egyptian and sub-Saharan eccentricities or – in the Hegelian equation – a clan distilled from the essence of everything that came earlier. Put another way, they might have been the Ur-tribe of humanity itself. I’d never seen anyone like them. Or felt such antiquity in the presence of others, a clan of Sphaeriker. Indeed, what I fell was the presence of countless others in them, a crow spun from everything this vast continent had created.”

“The failure to experience the unity of Being everywhere was the Allmuseri vision of Hell.”

“They had been in chains before, I remembered. Taken in raids by other tribes. Consequently, capoeira, or their version of it, was based on doing battle after they were bound: knee-shattering kicks throw after they’d fallen. Ankle-breaking footsweeps. Chokes designed to use their chains until one of them found the key to their shackles…”

“Anger, we say, is like the blade of a sword; very difficult to hold for long without harming oneself.”

Quotes from Goree: Point of Departure by Angela Barry