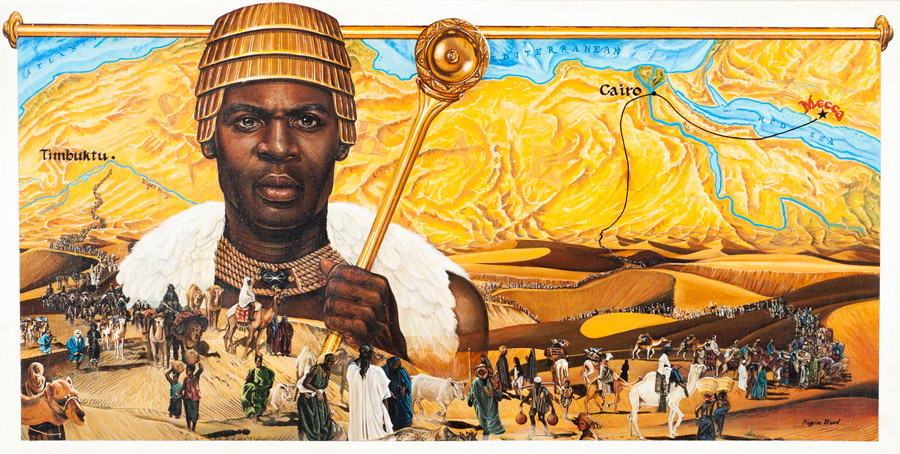 Mansa Musa I, the African king who ascended the throne of the Mali Empire in 1312, is now recognised as the richest man who ever lived. His wealth is estimated to have been $400 billion. The name Mansa, means king. When he was crowned, much of Europe was famished and in the middle of civil wars, but many African kingdoms were thriving. While in power, Mansa Musa expanded the borders of his empire tremendously. He annexed the city of Timbuktu and reestablished power over Gao. All in all, his empire stretched about 2,000 miles. The Mansa had a standing army of 100,000 men.

Watch the video to learn more about the richest human being in all history.