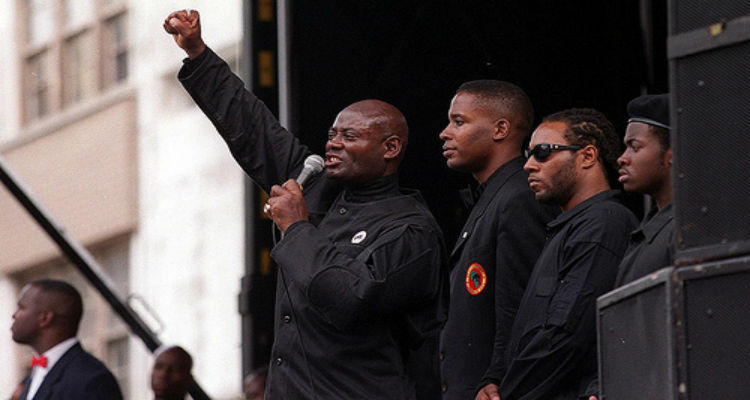 The first time I saw Dr. Khalid Abdul Muhammad live was at an important time in my life. He came to Montreal, Quebec in Canada May 23rd and 24th, 1993 and gave two powerhouse lectures at Concordia University.

I was 21 years old at the time. Since many Black males do not have any rites of passage to prepare us for manhood, the years between 18-30 are very important in this society, as these are the productive years where we form our identities and develop the patterns and skills that will shape our future.

Khalid Abdul Muhammad was not the spark that started the blaze, rather he was the blow torch that started an inferno! He was one of the men that inspired me to read voraciously and to confidently express my history and culture. Marcus Garvey, Malcolm X and the Black Panther Party, were heroes we read in books, however Khalid Abdul Muhammad was our very own modern day Black warrior in the flesh.

Bold, uncompromising, sharp, intelligent and humorous… he was a giant who passed away too soon. 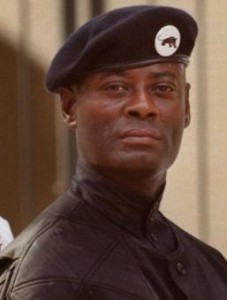 He attended Dillard University and studied Theology where he heard, then Nation of Islam National Representative, Louis Farrakhan deliver an on campus lecture in 1972. He immediately joined the Nation of Islam and became a top recruiter. He also continued his studies and graduated from Pepperdine University in California. He pursued more intense studies at Harvard, Yale and Columbia Universities.

After the death of the Hon. Elijah Muhammad in 1975, the N.O.I. was dismantled by Elijah Muhammad’s son Wallace D. Mohammed, who turned the organization toward Arab styled, orthodox Islam. Even though the N.O.I. had basically disappeared by 1977, Khalid, now known as Malik Rushaddin, remained militant, travelling and training for revolution throughout Africa, including Uganda (with Idi Amin) to liberate South Africa from white rule.

He returned to the U.S. to help build Louis Farrakhan’s branch of the Nation of Islam. Given his name by Farrakhan, Khalid Abdul Muhammad once again, quickly became a top recruiter and served as Minister in the powerful Los Angeles and New York N.O.I. Mosques. He was also N.O.I. Minister of Defense, Supreme Captain and National Representative. 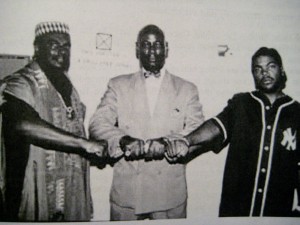 Dr. Khalid was loved in the Afrocentric and Hip Hop Communities. He poses here with scholar Dr. Leonard Jeffries and Hip-Hop star Ice Cube in 1991 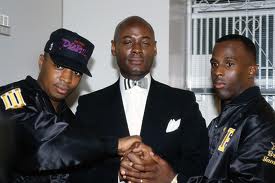 Due to escalating controversy from a speech made at Kean College, Dr. Khalid was dismissed from his positions in the N.O.I. by Louis Farrakhan in 1994 and he eventually left or was cast out the organization to become the National Chairman of the New Black Panther Party continuing, in a militant, controversial manner, the struggle for the liberation of the Black man and woman until his death on February 17th, 2001.

I’ll never forget his visit to Montreal in 1993. He had on a gold coloured suit with a red, black and green bow tie and trade mark shiny bald head: There were Jewish groups protesting his presence, passing out leaflets and denouncing him. Believe it or not, Dr. Khalid went to the lobby and talked to them! He was saying, “Wow, he sounds like a terrible guy. What does he look like?” They responded, “Uh, kinda like you, I think…” It was hilarious. I was a young fellow and I was looking at him, wide-eyed with excitement about to yell out “Dr. Khalid!”! He looked at me and motioned with his hands (as if to say “stand down, stay calm, I know what I’m doing”)… Then he entered the auditorium and annihilated them in the lecture on how they didn’t even know who they were denouncing! It was classic.

The second night, in a dark blue suit and colourful straight tie during the Q&A session, he also soundly put some white Arabs in check for suggesting that there is no racism in Islam and that Islam “freed” Black people. His passionate and detailed response was very important to me because the Arab slave trade and the history of white Arabs in Africa was very problematic for me at the time. Khalid made it clear that he and the N.O.I. (at that time) were not following an Arab religion and that Black people are the root of all the major religions.

After his two days in Montreal, I was so moved I basically said, “Whatever makes him like that, I want to have it! Where do I sign up?!” I joined the N.O.I. and was trained by Bro. Min. Linwood X from Albany, NY, who happened to be a very close friend of Dr. Khalid.

When our 2 man security detail met him at the train station, I was on FULL ALERT. Mind you, even though this was years after the notorious Kean College speech and an assassination attempt on his life in 1994, things were still very tense. I was expecting him to be rolling with perhaps a 20 man security squad… However, he casually stepped off the train BY HIMSELF calm, cool and sharp as a razor. He had a killer hand grip. I thought to myself this man is really walking the walk, not just talking the talk…

I did security with him as he and my mentor drove around the city. He was in the street inviting the “thugs”, addicts and regular Black folks, passing flyers, teaching Brothers… He even blasted some Arabs at a gas station for selling pork and liquor to Black people! He pointed to some bacon and told them, “This is Khan-zier! You wouldn’t eat this or sell this to your people! Why are you here selling this to my people?” You should have seen those Arabs squirm.

Photos from the Million Youth March in Harlem, NY 1998

In 1998, Min. Linwood X was invited as a special guest and speaker at the 1st Million Youth March in Harlem, NY. Again, I was on the security detail and stood on stage throughout the event. It was an amazing event. I’m convinced that there were close to a million people that day. Keep in mind at the time, there was a very REAL sense that violence could break out and we were all ready for anything, however the spirit of unity and Black love prevailed and the authorities did not (or were not successful) in instigating any trouble. 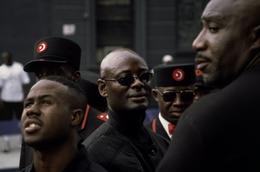 Dr. Khalid with Bro. Min. Linwood X (right in fez and shades) and myself (left with fez)

Khalid Abdul Muhammad may have been reviled by white society and certain Black circles, but for many in my generation he was a role model of Black manhood and strength. He was one of the few Black leaders that I honestly felt was TOTALLY committed to BLACK people without any dilution in his style to appeal to non-Blacks.

May he REST IN POWER.

ON THE PULSE OF MORNING: Inaugural Poem by Maya Angelou