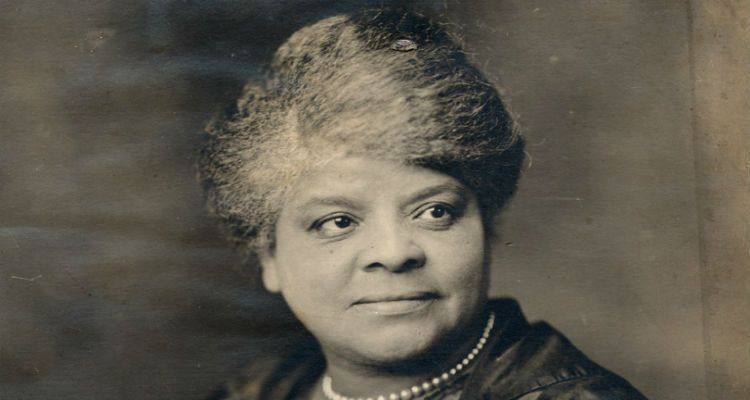 “One had better die fighting against injustice than to die like a dog or a rat in a trap.”

Ida B. Wells was a journalist and activist who led an anti-lynching campaign in the United States in the 1890s. She documented lynching in the United States, showing that it was often used as a way to control or punish Blacks who competed with whytes, rather than being based on criminal acts by Blacks, as was usually claimed by whyte mobs. She was active in women’s rights and the women’s suffrage movement, establishing several notable women’s organizations. Wells was a skilled and persuasive speaker, who traveled internationally on lecture tours.

Wells was born to enslaved parents in Holly Springs, Mississippi, the oldest of eight children, on July 16, 1862. She was educated at Rust College, a local Methodist freedman’s school. She was orphaned at fourteen when her parents died in the yellow fever epidemic; and ever resourceful, she convinced a nearby country school administrator that she was 18, and landed a job as a teacher, in order to support her brothers and sisters. In 1882, Wells moved with her sisters to Memphis, Tennessee, to live with an aunt. Her brothers found work as carpenter apprentices. Wells began to write for a local Black weekly, while attending Fisk University and Lemoyne Institute.

On one fateful train ride from Memphis to Nashville, in May 1884, Wells reached a personal turning point. Having bought a first-class train ticket to Nashville, she was outraged when the train crew ordered her to move to the car for African Americans, and refused on principle. As she was forcibly removed from the train, she bit one of the men on the hand. Wells sued the railroad, winning a $500 settlement in a circuit court case. However,  she was bitterly disappointed when the Tennessee Supreme Court reversed the decision on the pretext that the smoking car was “equal” to the first-class accommodations available for whites.

“The way to right wrongs is to turn the light of truth upon them.”

This injustice led Ida B. Wells to pick up a pen to write about issues of race and politics in the South. Using the moniker “Iola,” a number of her articles were published in black newspapers and periodicals. Her growing reputation led to her election in 1887 as secretary of the National Press Association. She turned to journalism full time when she lost her teaching position due to her outspoken criticism of Memphis’s policies towards African Americans. In 1889 she became co-owner and editor of the Memphis Free Speech and Headlight.

In 1892 three of her friends were lynched; Thomas Moss, Calvin McDowell, and Henry Stewart. These three men were owners of People’s Grocery Company, and their small grocery had taken away customers from competing whyte businesses. A group of angry whyte men thought they would “eliminate” the competition and attacked People’s Grocery, but the owners fought back, shooting one of the attackers. The owners of People’s Grocery were arrested, but a lynch-mob broke into the jail, dragged them away from town, and brutally murdered all three. These brutal killings incensed Wells, leading to her write articles decrying the lynching of her friend and the wrongful deaths of other African Americans. Putting her own life at risk, she spent two months traveling in the South, gathering information on other lynching incidents. She rejected the argument that lynching was a response to Black rapists: ‘‘Nobody in this section of the country believes the old threadbare lie that Negro men rape white women. If Southern white men are not careful, they will overreach themselves and public sentiment will have a reaction: a conclusion will then be reached which will be very damaging to the moral reputation for their women.’’   While she was out of town,  a whyte mob stormed the office of her newspaper, destroying all of her equipment.  She was warned that she would be killed if she ever returned to Memphis.

“Brave men do not gather by thousands to torture and murder a single individual, so gagged and bound he cannot make even feeble resistance or defense.”

From New York, Wells continued her antilynching crusade, publishing Southern Horrors: Lynch Law in All Its Phases (1892). Wells recognized that lynch law was the violent expression of broader cultural efforts to degrade the reputation of African Americans as a race by stereotyping black men as rapists. Her passionate prose and careful research exploded the mythology advanced to rationalize—and justify—lynching. She documented the fact that most lynchings did not involve charges of rape, and described numerous lynchings that resulted from consensual interracial relationships. She contrasted the brutal treatment of African Americans with the routine acquittal of whytes who raped African Americans. Insisting that ‘‘the strong arm of the law’’ be brought to bear upon lynchers, she understood this would not occur until public opinion demanded such action. Meanwhile, noting that lynchings had been prevented by forceful resistance, she counseled that ‘‘a Winchester rifle should have a place of honor in every black home.’’

Wells brought international attention to the problem of lynch violence, touring Scotland and England in 1893 and 1899. Upset by the ban on African-American exhibitors at the 1893 World’s Columbian Exposition, Wells penned and circulated a pamphlet entitled “The Reason Why the Colored American Is Represented in the World’s Columbian Exposition.” This effort was funded and supported by famed abolitionist Frederick Douglass, and lawyer and editor Ferdinand Barnett. Also in 1893, Wells published A Red Record, a personal examination of lynchings in America.

In 1898, Wells brought her anti-lynching campaign to the White House, leading a protest in Washington, D.C., and calling for President William McKinley to make reforms. She married Ferdinand Barnett that same year, and was thereafter known as Ida B. Wells-Barnett. While the couple eventually had four children together, Wells remained committed to her social and political activism. In the 1920s, both were active in Republican politics in Illinois. Barnett was the first African-American assistant state’s attorney. Wells ran unsuccessfully in 1930 as an independent for the state senate.

Ida B. Wells established several civil rights organizations. In 1896, she formed the National Association of Colored Women. After brutal assaults on the African-American community in Springfield, Illinois, in 1908, Wells sought to take action: The following year, she attended a special conference for the organization that would later become known as the National Association for the Advancement of Colored People. Though she is considered a founding member of the NAACP, Wells later cut ties with the organization; she explained her decision thereafter, stating that she felt the organization—in its infancy at the time she left—had lacked action-based initiatives.

Working on behalf of all women, Wells, as part of her work with the National Equal Rights League, called for President Woodrow Wilson to put an end to discriminatory hiring practices for government jobs. She created the first African-American kindergarten in her community and fought for women’s suffrage. In 1930, Wells made an unsuccessful bid for the state senate. Health problems plagued her the following year.

Ida B. Wells died of kidney disease on March 25, 1931, at the age of 69, in Chicago, Illinois. She left behind an impressive legacy of social and political heroism. With her writings, speeches and protests, Wells fought against prejudice, no matter what potential dangers she faced. She once said, “I felt that one had better die fighting against injustice than to die like a dog or a rat in a trap.”

I Am a Black Woman by Mari Evans