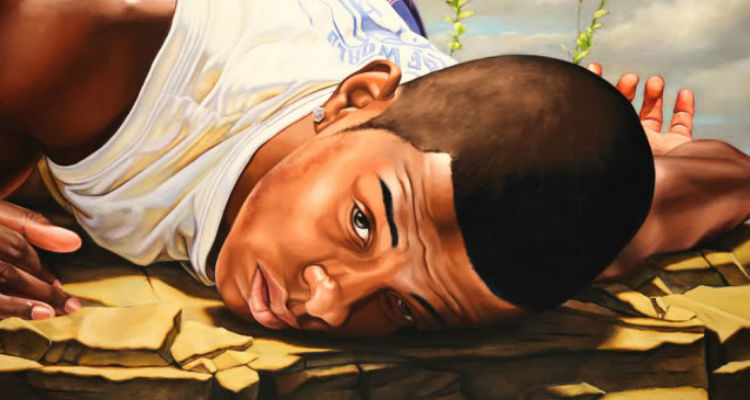 “I was lying in my cell reading one night, when all the guys came in. I had been working on the prison newspaper and had gotten off work early. When they came in, the word came that a young brother had been raped in the prison laundry by some older cons. At the time I was reading James Baldwin’s Another Country. You remember that in the novel Rufus commits suicide. I got a little angry. Here was this young brother-only sixteen and in prison. Also, at the same time he came into the joint, there were about five or six youngsters in there. But he was the youngest. There was also a young white boy from Indianapolis who had burglarized some homes and shot some people. He had gotten life, too. When he came to prison, the warden made him houseboy and kept him outside the walls-protected him. But the warden put Gerald back inside the wall because he was [Black]. I was thinking of all of that. And I was thinking about Baldwin’s character, Rufus, who committed suicide. And here was Gerald struggling to survive. (Suicide is such an uncommon thing among Black people. We kill ourselves through alcohol or drugs, or we kill each other. But direct suicide is uncommon.) I wrote that poem that night. All of those things led up to it. I was trying to express what I saw happening around me and to talk about the subject of oppression.”

Etheridge Knight talking about his prison poem, “For Freckled-Faced Gerald.”

Now you take ol Rufus. He beat drums,
was free and funky under the arms,
fucked white girls, jumped off a bridge
(and thought nothing of the sacrilege),
he copped out—and he was over twenty-one.

Take Gerald. Sixteen years hadn’t even done
a good job on his voice. He didn’t even know
how to talk tough, or how to hide the glow
of life before he was thrown in as “pigmeat”
for the buzzards to eat.

Gerald, who had no memory or hope of copper hot lips—
or firm upthrusting thighs
to reinforce his flow,
let tall walls and buzzards change the course
of his river from south to north.

(No safety in numbers, like back on the block:
two’s aplenty. three? definitely not.
four? “you’re all muslims.”
five? “you were planning a race riot.”
plus, Gerald could never quite win
with his precise speech and innocent grin
the trust and fists of the young black cats.)

Gerald, sun-kissed ten thousand times on the nose
and cheeks, didn’t stand a chance,
didn’t even know that the loss of his balls
had been plotted years in advance
by wiser and bigger buzzards than those
who now hover above his track
and at night light upon his back.