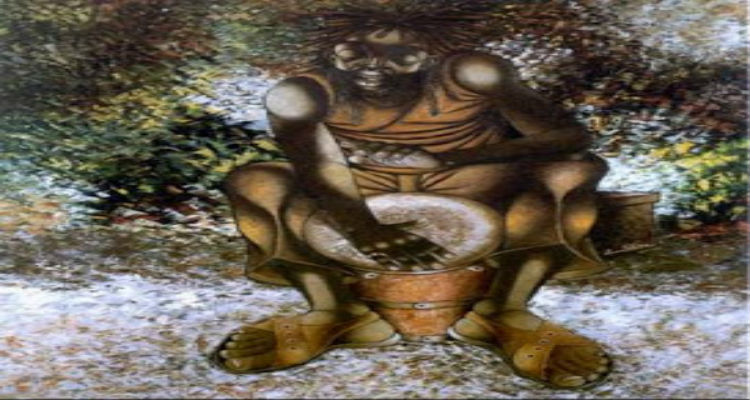 As an Afro-Caribbean man who resides in the Caribbean and is faced with Caribbean problems, my philosophy on art is simple. My aim is to glorify Black people through my work with the hope that it will uplift the masses of the region, giving dignity and self-respect where it is needed and to make people more aware of their own beauty. ~Osmond Watson, 1995

Osmond Watson was a Jamaican painter and sculptor whose paintings and sculptures explored themes that reflected Jamaican society, more particularly the country’s rich cultural retentions from Africa such as the Jonkonnu dancers as well as the Rastafari movement.

Watson was born in Kingston, Jamaica in 1934 grew up in Jones Town in a period when the Marcus Garvey Pan-African Movement’s impact was still being felt (especially considering the fact that his mother was from Sierra Leone) and had, by the tender age of nine, proven that he had significant potential as a painter. His talent was nurtured at the Institute of Jamaica’s Junior Centre and in 1952 he received a scholarship to attend the Jamaica School of Art and Craft (J.S.A.C., later the Edna Manley College of the Visual and Performing Arts). He apprenticed with Jamaican master painter Ralph Campbell and later shared a studio with another well known Jamaican painter Alexander Cooper.

In 1961 Osmond Watson went to England to study at the St. Martins School of Art and it was there in his own words that he discovered “himself.” The experience of London changed him in a fundamental way: exposure to British racism and what he termed as the [naked] capitalist exploitation changed him significantly but rather than sink into despair he decided to face the “enemy” squarely and taking inspiration in his state of despair from the Rastafarians in Jamaica and making the British Museums’ African displays, his refuge against the forces that were buffeting at him and threatening to shipwreck his development. He turned the forces that challenged his sense of identity as an Afro-Caribbean Jamaican man and channel them into creating his own identity: especially as it related to his artistic expression. 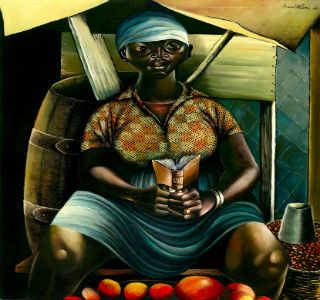 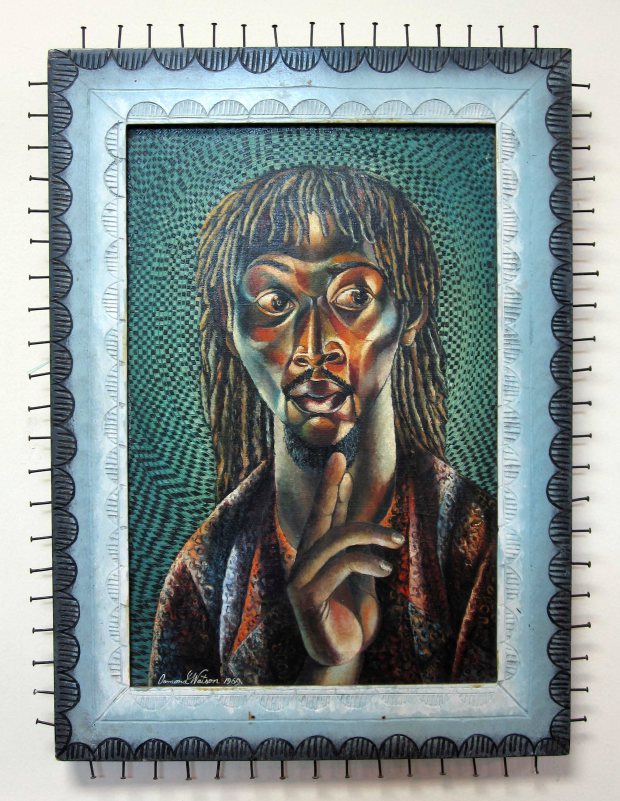 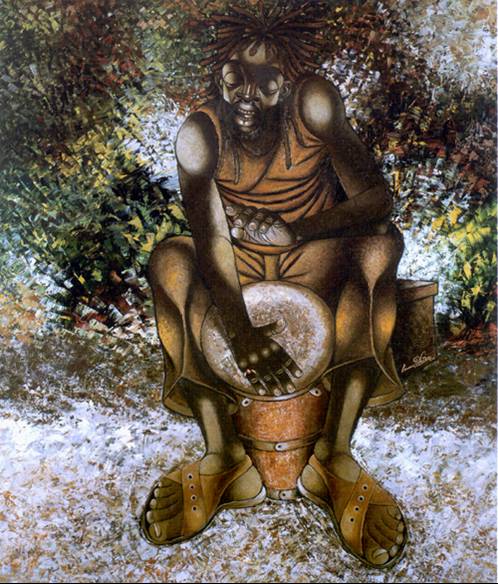 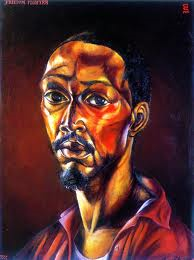 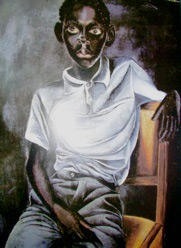 When Watson returned to Jamaica, he set about developing his style; his subject matter and inspiration the Jamaican people. Watson felt it was his duty to represent the unique life of the people of Jamaica, the poor and the suffering: the class that he maintained as his own; the people whose business was that of survival. His most important source was indeed Jamaican popular culture; the aesthetic of his work enabled him to combine painting and woodcarving with found objects, such as plastic mirrors and costume jewellery, thus lending dignity to these tokens of local pop culture.

Watson’s work can be found in most collections in Jamaica, including the National Gallery of Jamaica, where he is among the best represented artists. Reproductions of his best known paintings, such as De Lawd is my Shepherd, can be seen in many local and Jamaican Diaspora homes. He represented Jamaica in many overseas exhibitions, including in Britain, the Face of Jamaica (1964); Three Decades of Jamaican Painting (1971), Ten Jamaican Sculptors (1975) and Remembrance (1983), at the Commonwealth Institute, London and Back to Black (2005) at the Whitechapel Gallery. In the USA, he was also represented in Jamaican Art 1922-1982 (1983-1985) and Caribbean Visions.

Among his many awards were the Jamaican Order of Distinction (1986) and the Institute of Jamaica’s Silver and Gold Musgrave Medals.

The Art of Hale Woodruff