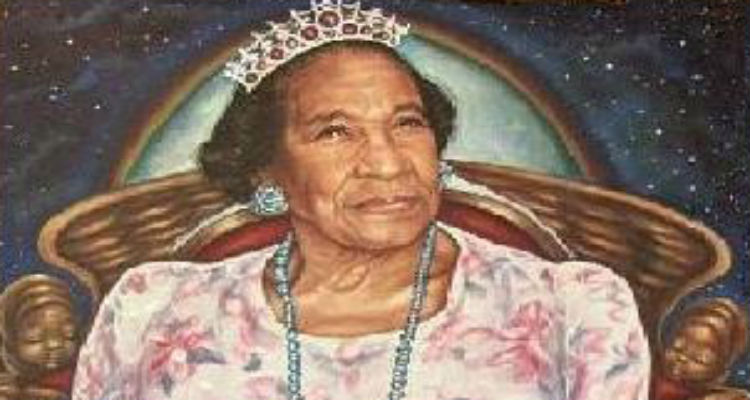 “My idea, my belief, my intention is for the United States of America to be known as a UNITED States,”

Amelia Platts Boynton Robinson is an African American civil rights activist, who is perhaps best known as the woman at the front of the March 7, 1965 “Bloody Sunday” march in Selma, Alabama, where she was gassed, beaten by law enforcement agents and left for dead at the foot of the Edmund Pettus Bridge. She was awarded the Martin Luther King, Jr. Freedom Medal in 1990. 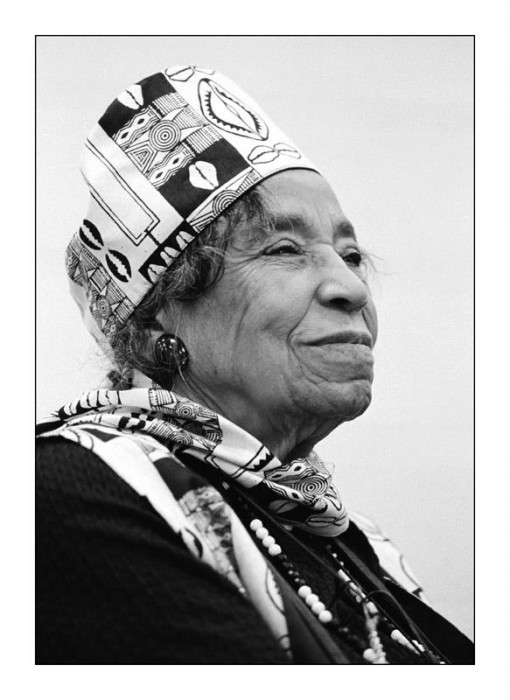 Amelia Boynton Robinson was born Amelia Platts in Savannah, Georgia on August 18, 1911 to George and Anna Platts, both of whom were of African-American, Cherokee, and German descent. Church was central to Robinson and her nine siblings’ upbringing, and she became involved as a girl in campaigning for women’s suffrage. Robinson attended two years at Georgia State College (now Savannah State University, a historically black college). She transferred to Tuskegee Institute (now Tuskegee University), earning a degree in home economics. (Robinson later also studied at Tennessee State, Virginia State, and Temple University.)

After working as a teacher in Georgia, Robinson took a job as Dallas County’s home demonstration agent with the U.S. Department of Agriculture in Selma, Alabama. In 1930, she met her co-worker, Dallas County extension agent Samuel Boynton. The two had in common their impassioned desire to better the lives of African-American members of their community, particularly sharecroppers. (Amelia and Samuel had known the noted scholar George Washington Carver at the Tuskegee Institute, from which they both graduated.) The couple married in 1936 and went on to have two sons, Bill Jr. and Bruce Carver. Over the next three decades, the couple collectively worked toward achieving voting, property and education rights for the poor African Americans of Alabama’s farm country.

Robinson’s early activism included co-founding the Dallas County Voters League in 1933, and holding African-American voter registration drives in Selma from the 1930s through the ’50s. She wrote a play, Through the Years, which told the story of creation of Spiritual music, in order to help fund a community center in Selma, Alabama. In 1954 the Boyntons met Reverend Martin Luther King, Jr. and his wife Coretta Scott King at the Dexter Avenue Baptist Church in Montgomery, Alabama, where King was the pastor.

During the 1960s, Robinson’s home and office became the center of Selma’s civil rights battles, used by Dr. Martin Luther King and his lieutenants, Congressmen and attorneys to plan the demonstrations. The year after her husband’s death, she ran for the Congress from Alabama, hoping to encourage black registration and voting. She was the first female African American to run for office in Alabama and the first woman of any race to run for the ticket of the Democratic Party in the state. Although she didn’t win her seat, Robinson earned 10 percent of vote.

In 1964 and 1965 Robinson worked with Martin Luther King, James Bevel, and others of the Southern Christian Leadership Conference (SCLC) to plan demonstrations for civil and voting rights. While Selma had a population that was 50 percent black, only 300 of the town’s African-American residents were registered as voters in 1965, after thousands had been arrested in protests. By March 1966, after passage of the Voting Rights Act of 1965, some 11,000 were registered to vote. 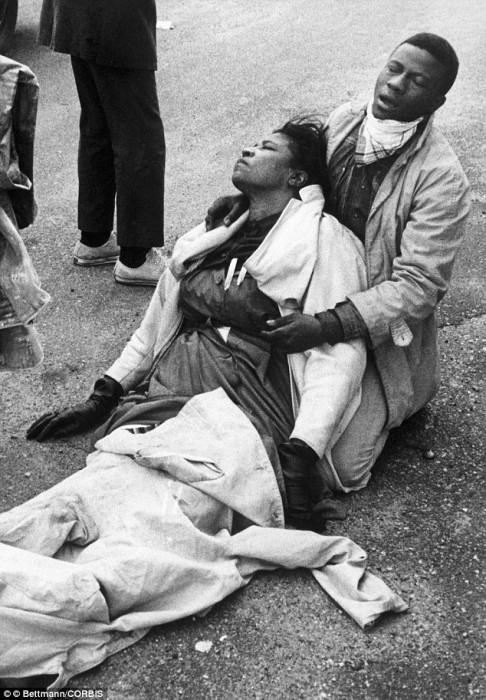 In early 1965 Robinson helped organize a march to the state capital of Montgomery, on March 7, 1965. Some 600 protesters arrived to participate in the event, which would come to be known as “Bloody Sunday.” On the Edmund Pettus Bridge, over the Alabama River in Selma, marchers were attacked by policemen with tear gas and billy clubs. Seventeen protesters were sent to the hospital, including Robinson, who had been beaten unconscious. She was left for dead by police officers who pumped tear gas into her eyes and throat. The harrowing image of the 52-year-old widow, lying bloody and beaten in the arms of a fellow protester became an iconic image of police brutality and helped secure voting reform in the state for black people.

Two days later, when she discharged herself from hospital to join Dr King on a second march to Montgomery, and learnt that her face had been seen around the world.

Bloody Sunday prompted President Lyndon B. Johnson to sign the Voting Rights Act on August 6, 1965, with Robinson attending as the landmark event’s guest of honor.

Robinson remarried in 1969, to a musician named Bob W. Billups. He died unexpectedly in a boating accident in 1973. She eventually married a third time, to former Tuskegee classmate James Robinson. She moved with him to Tuskegee after the wedding. When her husband died in 1988, Robinson stayed in Tuskegee, serving as vice chair of the Schiller Institute, she remained active in promoting civil and human rights. The group published her autobiography in 1991. In Bridge Across Jordan, Robinson crafted an inspiring, eloquent memoir of her more than five decades on the front lines of the struggle for racial equality and social justice.

In 1990, Robinson was awarded the Martin Luther King Jr. Medal of Freedom.

She continued to tour the United States on behalf of the Schiller Institute, which describes its mission as “working around the world to defend the rights of all humanity to progress—material, moral and intellectual,” until 2009.

In 2014, the film Selma immortalised on the big screen the 1965 event. The movie made clear that it was Robinson who helped convince King to come to the small Alabama town to make a stand for equality at the ballot box. Robinson was played by Lorraine Toussaint. Robinson, then 103 years old, was unable to travel to see the film. Paramount Pictures set up a private screening in her home to include her friends and family. A CNN reporter was present to discuss the film and her experiences at Selma, and she said she felt the film was fantastic.

In March 2015, Robinson, the centenarian, attended the State of the Union Address at the invitation of President Barack Obama, and, in her wheelchair, was at Obama’s side as he and others marched across the Edmund Pettus Bridge during the Selma Voting Rights Movement 50th anniversary Jubilee.